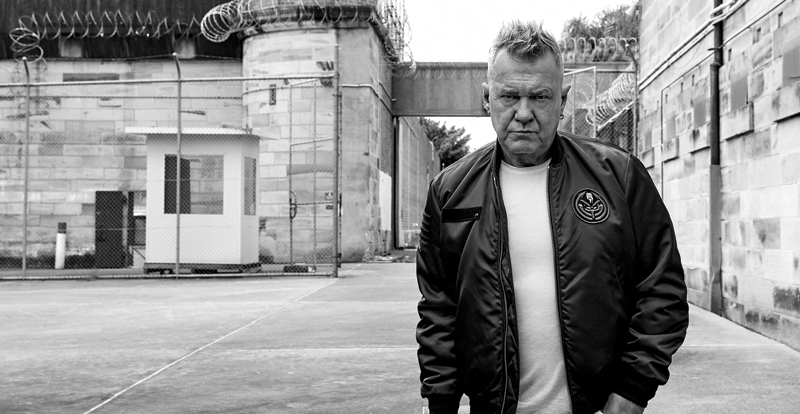 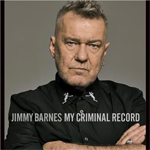 Australia’s legendary working class man has just released his 17th studio album My Criminal Record. He spoke to Zoë Radas about his enduring friendship with Don Walker, the value of recording as if you are performing to a crowd, the challenges of writing lyrics versus autobiographical prose, and how this incredible new album came together.

On the common thread of human experience:

I think you’d be surprised how much people have in common. What I found writing the books [Working Class Boy (2016), Working Class Man (2017)], and also writing this record, is people’s experiences are similar. They might not go through the exact same things, but there’s degrees of it, and people can relate to it. Whether it’s feeling not good enough, or feeling let down, or feeling angry – everybody has their own trauma to deal with and their own stuff to deal with, and I figure if I just laid mine out as purely as I could, then people have a chance of relating.

On writing lyrics versus prose:

When you’re writing a song as opposed to writing a chapter of a book, you do want to over-simplify it. There’s a certain way you deliver the song, whether it’s musically or emotionally, which allows you to simplify things and still get across a bigger picture, I think. And that’s the beauty of songwriting. I mean, for years I’ve loved the fact that people can write a chorus that sums up a lifetime, you know? And, it was only [when I wrote the books] that I had the luxury of not summing things up in four lines. 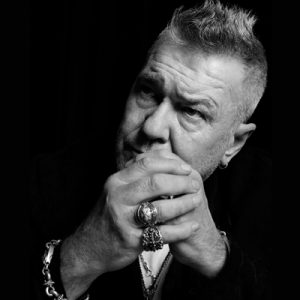 On assembling the band for My Criminal Record:

I wanted to use my live band, and my band has always been pretty straight-up rock and roll: guitar, piano, organ, drums and bass. The particular piano we used is a piano that we found about five years ago sitting in a corner collecting dust. It’s an old honky-tonk piano, the wood’s falling off it, but the bottom end of it sounds really good and it’s just got a great bite to it. I find that if you start with a basic rhythm with drums, bass, and that piano, it’s got a real grit to it.

On recording as if you are performing:

We didn’t want to overload the guitars, we didn’t want to do too much in the way of big overdubs – we wanted to keep it fairly basic, simple, like a live band. Every time we’d go to record a song, we’d go, “Okay. How would we do this live?”, and then that would dictate the way we recorded the songs.

On the foot-pumped organ featured across the record:

We found it in my house when I bought it many years ago – maybe 15, 20 years ago. It’s been sitting in my studio doing nothing forever, so we dusted it off. It’s about the size of a Hammond organ, but it’s an old church hall sort of organ. We used it through the record to add a really unusual texture. The keyboard player was pumping at every key, so that’s literally moving air you’re hearing.

On the one insanely high vocal note in If Time Is On My Side:

Mark [Lizotte, AKA Diesel] wrote that specifically for me, and so he knows my register – he knows my range really well. When Mark sang it to me, he sung it in falsetto, but Mark sings similar to me anyway. It was a little stretch – I’ve just got to push for it. I sing much higher than that live anyway. You know what, in the context of the rest of the melody, it sounds a lot higher than it is. It sticks out. 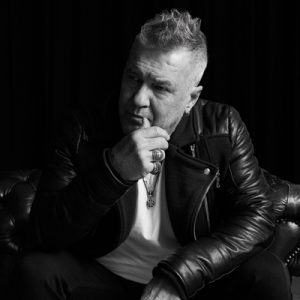 On the candour of stand-out track I’m In A Bad Mood:

It was written when I was writing the [first] book. I’d been writing stuff down, and a lot of it I hadn’t really addressed since it happened as a kid. So, you know, there were times when I was literally just in a bad mood, and I’d wake up like, “I’m in a bad mood.” I wrote the title down, and I sent it to Don Walker, and I said, “I think this is a really good title.” There’s no mucking about with it. It is what it is, and people get it straight away.

On his connection with Don Walker:

I literally used to think that Don was writing specifically for me, or had been reading my mail. , we seem to be on a good roll, I think. Which, after 45 years. You have friendships, and they are complex – there’s a lot of different ways to approach them. And someone as complex as Don, and a relationship as complex ours, has been over the years, it does change, it does grow. It depends on the time of day you catch us how we relate. Things have to change and grow all the time, otherwise it might hit a brick wall and stop. So I thought it was really refreshing that we could come up with a new way of writing [during the creation of My Criminal Record] and get the best out of each other.

People are constantly finding out more about themselves every day. You know, you don’t get to a certain age and say, “Okay. I’m happy.” I think you’re always searching, always trying to work more. Life’s complicated. You have to sort of change and grow and look for more in yourself and look for more in other people. So I think I’m still finding out things about myself, good and bad. I think it’s about being honest with yourself, but that’s also very difficult to do. Because you have to look at yourself, warts and all, and sometimes you don’t particularly like what you see, you know?

My Criminal Record is out May 31 via Bloodlines. 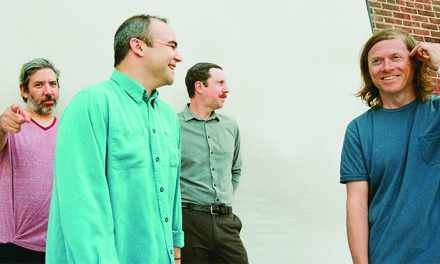 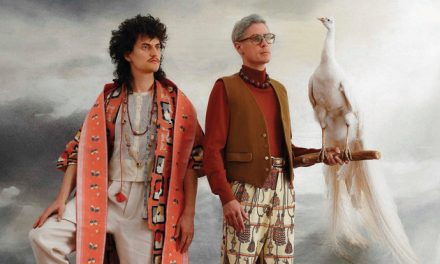