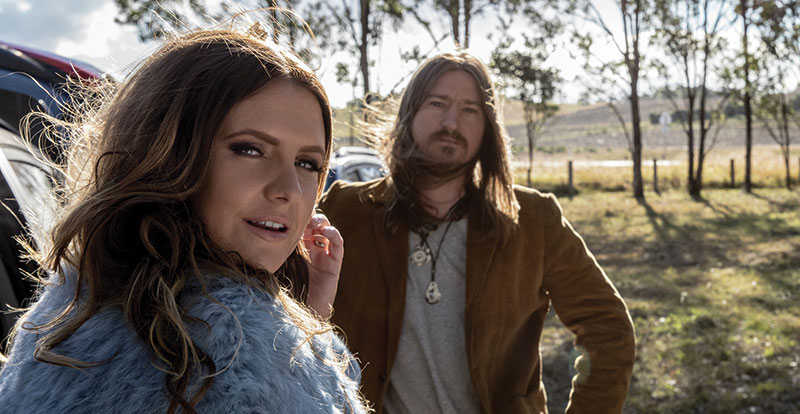 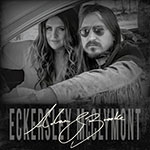 Adam & Brooke by Adam Eckersley and Brooke McClymont is out Feb 2 via Universal.

You’ve been discussing this venture for eight years – did you expect any surprises?

We really didn’t have any expectations when we decided to roll with this project. It all happened really quickly; we didn’t know if we’d butt heads creatively or not, but it was a great process and we found that we complemented each other, both when writing the songs and when it came time to record.

You obviously have your own marital routine down pat; did you need to change anything about your usual method of relating to one another to push each other into new spaces, and ensure you wrote your best material?

The biggest change in our routine at the time of writing was the choice to abandon ‘sensible.’ Usually when we are off the road we just do the normal parenting thing, and chill out, and try to go to bed at a normal time. But because of the short time frame we were working with we made ourselves sit up, even if that meant into the wee hours, and thankfully the songs came to visit.

We’ve been writing together for the last eight years and we’ve always challenged each other to be as good as we can be – we both have a lot of respect for each other musically.

You recorded at Bernard Fanning’s studio in Byron Bay, which is called La Cueva – which means ‘The Cave.’ Is the studio anything like a cave? (It’s hard to imagine a dark, dank dungeon in the middle of Byron Bay.)

La Cueva is like a cave in the sense that it is isolated and insulated from the outside world, but it’s by no means dark or dank like some studios. There are 180° views of the ocean, and the property is covered in beautiful bushland. There are quite often visitors from various species of wildlife. All in all it is a fantastic creative space.

You wrote Highway Sky before you had your daughter, and after her birth when it came to record the track, Brooke said its feel changed. Why do you think it was affected?

There’s a few reasons. One is that when we first wrote it, it just wasn’t good enough; we liked the vibe of it, but it needed work to get over the line. When it was originally written it was basically talking about disappearing on the open road, but to make it work for where we’re at in life now after having Tigs, we wanted to acknowledge that it’s just a temporary escape on the road, and we’ll be back to the life we’re grateful for once recharged. The desire to hit the open road remains the same but that now comes with an equally strong desire to return to home.

The harmonies on closer Glad are so satisfying! How deliberate are you when you come to write a full melody line duet like this chorus?

It’s very much just sing and see what happens. Brooke is awesome at picking harmonies, and on that particular song I just sang and Brooke found a great harmony. It was recorded live; we were both on opposite sides of a glass door, I played guitar and sang, and Brooke sang, and we rolled with it as it happened on the day

There a point in Love On The Loose when you two do a pretty agile little vocal bit together (I believe the line is “Nobody knows what they’re do-oo-oo-oing”). It sounds difficult. Who’s more likely to press the other to challenge themselves when it comes to voice?

Brooke certainly pushes me the most vocally – she is such a freaky natural singer that it seems to come easy. I haven’t sang a lot of harmony vocals in the past so those were a stretch for me.

You’ve said it can be hard to write about being happily married because people don’t want to hear about how overjoyed with life you are. Do you think times of pain are always the most fruitful for artistic expression?

I think any time you’re experiencing heavy emotions, be they dark or light, it is easier to express. When life is just cruising along pretty level it can sometimes be difficult to find inspiration, particularly if the level state is a more happy one than sad. It’s hard to write level, happy songs without sounding cheesy – not impossible, but you have to work a little harder to do it I think.

Adam & Brooke is out February 2 via Universal. 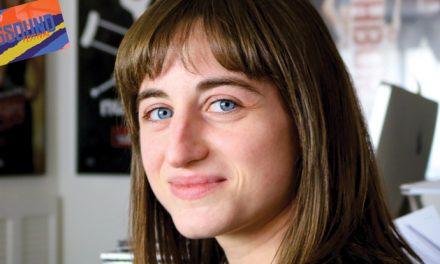 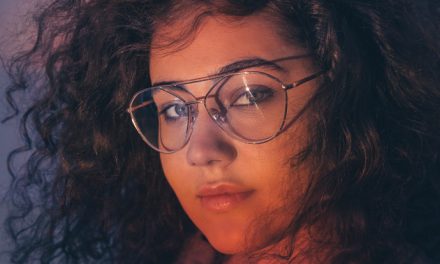