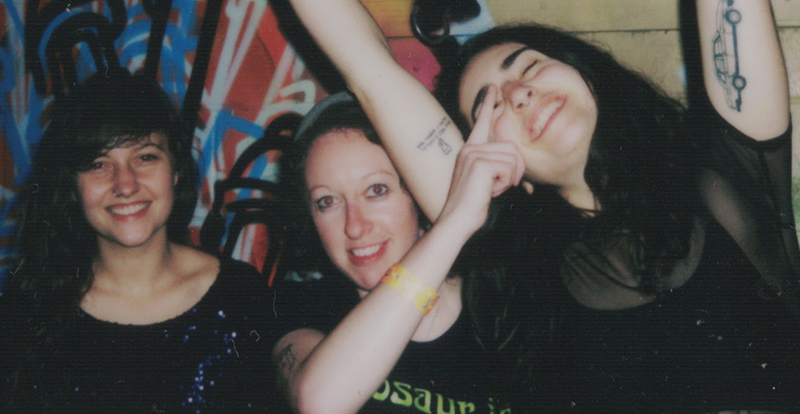 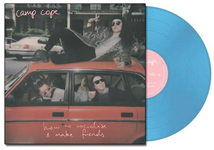 With the stirring How To Socialise & Make Friends, punk-rock trio Camp Cope have made good on the promise of their celebrated self-titled debut of 2016. We spoke with bassist Kelly-Dawn Hellmrich about how she wrote her parts, the dreaded Imposter Syndrome, and the surreality of playing Sydney’s most distinguished venue.

Your basslines always stand out – which I think is traditionally considered a rude thing to say to a bassist. But they’re really well-written and they have their own character, independent of the lead guitar. What’s your approach to writing your parts?

I’m lucky that usually it’s just there, [and] it just pops into my head. But, if it’s not there, I have to sit and listen to the song over and over and over again until… I know what it needs. I don’t see it as ‘I need to follow the guitar’, I see it as there’s space in the song and that’s what the space needs to make it more dynamic. So, yeah, I understand why that stands out and probably why it’s a bit different to how other bass players work, but it’s so infuriating. With The Opener, I was really lucky: I heard it and I was like, “Okay, I know what I want to do.” And my favourite basslines are always like that – the ones that come to me immediately. One of the songs on the record, Animal & Real, I had four different basslines but I wasn’t happy with any of them. I sat down for ages in the studio and listened to it properly, and I was like, “I think I know what I need to do now.”

Animal & Real in particular sounds like an especially enjoyable bassline to play (maybe just because I think triplets are fun). Is it a good time when you do it on stage?

We actually haven’t played it live yet. I’m very nervous about it. That was an interesting one. In the studio we ended up mixing, I think, three [basslines] together. I’d never done that before. So that’s why I think Animal & Real is really fun, and it jumps around a bit. That’s going to be a hard one – now I have to play this live! We record live, but there’s definitely something different about playing it live.

Tell us about performing at the Opera House’s Utzon Room, because it really was an immense deal.

That was so surreal. I wonder sometimes if maybe it was more surreal for me than the other two, ‘cause I grew up in Sydney. I just never had ever imagined that I would be playing at the Opera House in a band. When we got there, it was just so beautiful. Everything about it was perfect: the sound was perfect, the design of the space, the lighting, the way the people worked there. Everyone was so intelligent. Everyone was so experienced, so dedicated to making it look and sound good. Then when we filmed the video there as well, I’ll remember that for ever. And the fact that we were the first punk band, or first all female band, to do so?

Yeah, both. That’s something that you could tell your grandchildren. I’m so glad it’s filmed. It just feels good to be the first of someone that’s done that. I couldn’t believe it.

In the messages across this album, there’s empowerment, but there’s also the admission that it’s a fight to be sure of that feeling. It makes me think of Imposter Syndrome [“a feeling a phoniness in people who believe that their high achievements are due to luck and not their own intelligence or creative abilities”]. It’s apparently much more prevalent in women than men – and I’d imagine even more common in the male-dominated music industry. Do you ever feel this way?

Oh, I know so much about Imposter Syndrome! We as a band, for so long, had this joke: after every time we played we’d say, “We tricked them into thinking that we’re a real band!” I do feel it’s a very real thing: they’re going to realise that I’m just this ratbag feral from Western Sydney and I’m going to get there to the Opera House, or I’m going to get there to this festival, and they’re going to be like, “Wait, we actually know who you are and we don’t want you.” You look around at, say, a festival scene or even backstage at a show, and most of the people are male. You are definitely like, “Do I belong here?” It’s a feeling that I get all the time.

It’s like Michelle Obama says: “If you can see it, you can be it.”

Totally. I’ve played music my whole life. My dad was a musician. He wouldn’t let me hold a guitar until my hands could fit around the neck properly, and that’s when he started teaching me. So, it’s been my life forever. I was in bands in high school and stuff like that, but then I saw – it was actually Amy [Wilson, keys/vocals] from Mere Women. I was like, “Oh my God, I could do that. I could be in a band. This is cool.” And, seeing how many bands use us as their inspiration – we’ve inspired them to pick up an instrument. Especially for me, the young kids who say that they want to learn bass… it’s cool.

How To Socialise & Make Friends is out March 2 via Poison City.
Read our review of the album. 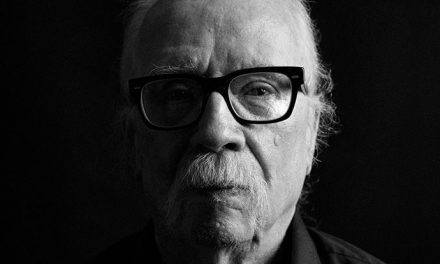 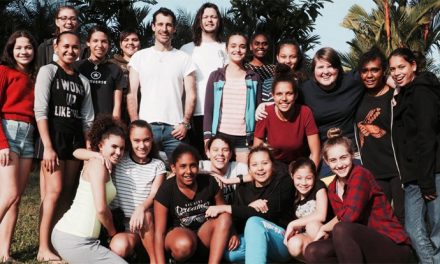 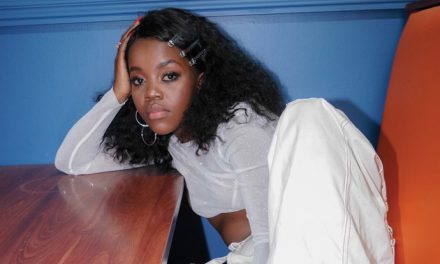