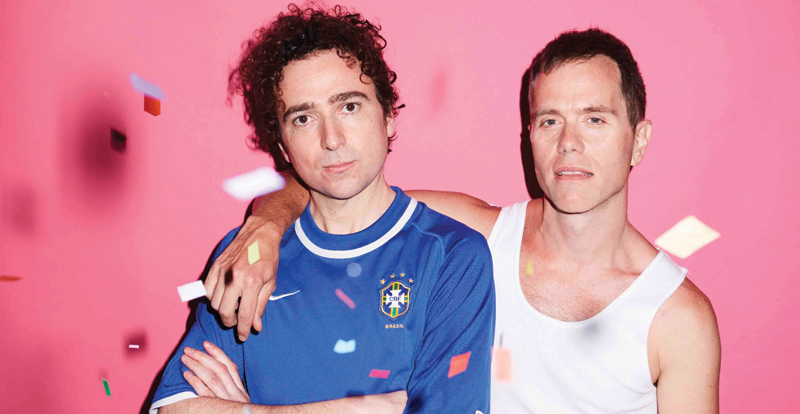 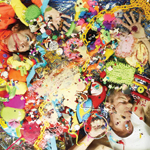 Having turned to producing other artists in the wake of the ARIA Gold-certified Pacifica (2012), it now seems that lull in The Presets’ output was just the storm’s eye. We spoke to Julian Hamilton about the unrelenting energy of the electronica duo’s fourth album, HI VIZ.

Apparently at one point you had 50 contenders for songs to be included on HI VIZ. How did you decide which ones stayed?

On any given day we’ll go to the studio and we’ll start writing and come up with ideas. And we’ll just chase the ideas as they come, no matter what sort of style or what sort of vibe it is. In the past, I guess, our albums have gone up and down and all matter of sideways in terms of different styles. This time around we wanted to be a bit more conscious of trying to make an album that felt the same the whole way through.

With songs like Martini, which have many effects, do you have a huge soundbank you just dive into like Scrooge McDuck in his pool of cash and see what sticks? Or do you decide you need a very specific “hey” or synthetic wiggle, and you’ll create that sound that’s in your head?

That’s a good question. Sometimes I will sit there at the computer and spend an hour finding the perfect ‘hey’, but usually I’ll put something in record mode and then just blast out millions of sounds… playing little noodles and blocks of bleeps. Then it’s a very painstaking process of going back and listening to a 15-minute take and finding all the little bits that are the best. And then hopefully it sounds effortless and easy, but usually it’s quite sort of painstaking.

Tools Down is hilarious. Are you going to create a clip for it?

Hopefully. Every time I see a VB ad I always think, ‘This would sound so good with Tools Down playing instead.’

It utilises the steam whistle – a generally underused sound. Do you think it could overtake the airhorn as a go-to rally call effect?

I hope so. You’ve got to know when to clock off and let your hair down – maybe steam whistles all over the city? ‘Time to chill out.’

The song features Scissor Sisters’ Jake Shears. Did you first meet him when you both performed at 2013 Mardi Gras?

We met years ago… I think an old manager of ours connected with him on social media, as everyone does these days. Jake was fan of the band. We really liked him and sort of connected, and we met in LA and he came to some shows and we became friends. When we go to LA, we sometimes go to his house and hang out as mates. We always promised we’d try and do something together, so when we started to finalise some songs and think who can we get to add some vocals to bits and pieces, Jake was one of the first people we thought of and that song was kind of perfect for him.

Another guest vocalist is Tommy O’Dell of DMA’s, on Are You Here – I must admit I never expected to hear his voice glitching like that. Did you save that more syncopated breakbeat for Tommy because you thought it’d suit his voice, instead of a more housey rhythm?

Yeah – that was Kim’s call. That was a beat in a track we were working on for quite a while and it was just kind of sitting there waiting for us to do something with it. And Kim was working with the DMA’s at the time so he had the idea of just giving it to Tommy to sing ‘cause it had more of that kind of baggy, Madchester sort of style. It was a perfect fit in the end, and the song turned out really well.

There are some fantastic group chorus vocals on Downtown Shutdown. How do you usually record these types of takes?

It’s always different. How we used to do it, is that I literally would just multi-track my own voice. So I’d do one take in front of the mike and then one take standing about three feet away, and then another one where I’m doing a funny voice and another one where I’m trying to sound like a drag queen. Then hopefully you’ve got eight sounds that sort of sound a bit different. So things like Are You The One or My People, or any of those older songs of ours with those big choirs or gangs, yeah, it’s me multi-tracking myself. It’s amazing how easy it is to make it sound like a soccer stadium full of people.

But this time was different?

Originally that was me: same old thing, multi-tracking my own voice. Then Kim had the idea of, “Well, how about this time around we get some actual other voices for the song, so we don’t just do this choirs of Julian?” So, that’s what we did. We were listening to a lot of African music and early ’80s hip hop and block party kind of break dancing music, and we really liked the sound of a lot of the vocals on that stuff so we had the idea to try and get some African voices on there. So, we found this choir of Sudanese refugees in country Victoria [Shepparton] and we go those guys to sing on it and it sounds amazing. Yeah. No, it’s good. It was really fun working with those guys. We’ve got some other singers in LA, some more Jamaican voices just to double the parts as well. For the first time, the choir on the Presets album is actually a choir of different people, not just me singing it 100 times.

The album’s cover art is a very chaotic – Kim’s described it like a burst piñata from a kid’s party. But I noticed something not very PG: I think Kim’s holding a lighter which has a nude lady on it?

You’re a super sleuth. There is. There’s frontal nudity on our record cover. You can put that in a tweet.

And you are holding a dream catcher, a poker chip, and there’s maybe a pink condom on your finger. Is there some significance to these items?

Then does the poker chip mean the opposite – that you need to gamble or take risks?

Maybe it does. Wow. I feel like it’s a Sergeant Pepper’s album cover – unlocking it all. You should see some of the press shots that we didn’t use – truly horrendous-looking. God, there’s some awful ones. And no one will ever ever see them. The one that made the cover definitely looks not super sh-t. 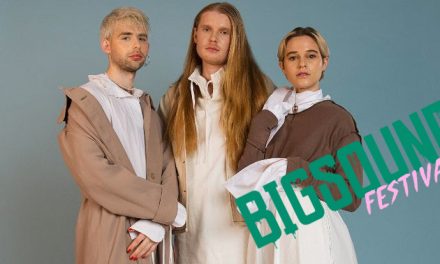 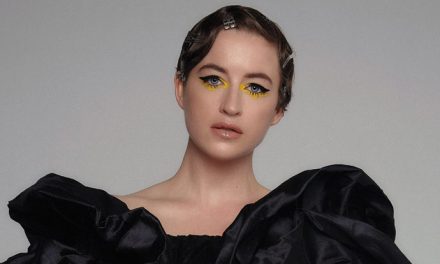 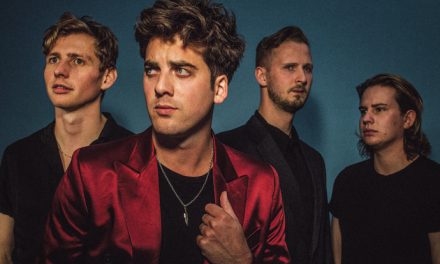