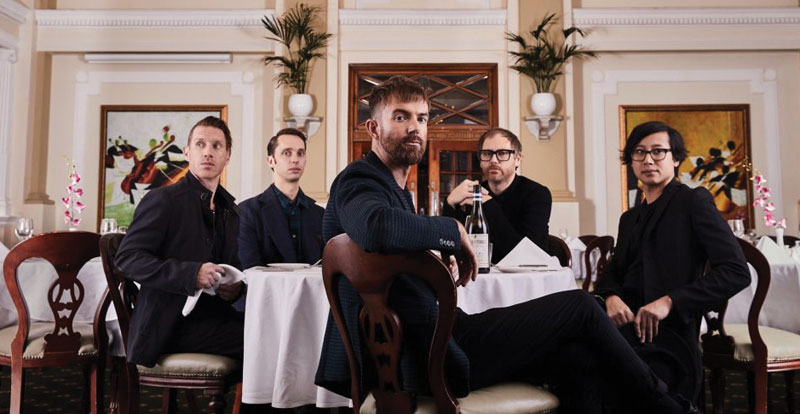 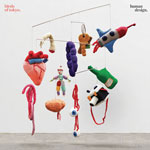 Birds Of Tokyo’s Ian Kenny tells us how the band stumbled into the very real narrative arc of their stirring new album, Human Design – and just where precisely he found that pantsuit.

When we speak to Ian Kenny – captain of the six-time APRA Award-winning, eleven-time WAMi Award-winning and one-time ARIA Award-winning Birds of Tokyo, one of Australia’s most enduring alt-rock acts – he’s hunkered down in the south-west of WA, “until this sh-t-storm blows over,” he says. Birds’ new album Human Design documents another sort of sh-t-storm: that of the disintegration of Kenny’s marriage.

But before the five-piece even imagined a record was on the cards, they birthed Unbreakable –a soaring anthem of self-worth – which, to Kenny’s genuine surprise, became the theme song for the 2018 Invictus Games. “Unbreakable was one of the first songs we wrote and we had no idea we were going to make a record at that point,” says Kenny. “We had no idea what the record would be about, if we got there. The plan was just to write songs that came to the front, and if they were good enough and they were right for where we were at, we were going to release them. And if that takes it to a record – cool,” he explains.

So began the piecemeal drip of tracks, which saw Unbreakable followed by Good Lord, The Greatest Mistakes, and then Two Of Us – all wildly successful as stand-alone singles. In play with the rest of the album, the total feels like a series of intimate letters to many people – to Kenny’s ex-partner, his family, and to himself in the various stages of his emotional journey.

Human Design features mass-group vocals, which are of course a commonality in Birds Of Tokyo songs. But on this album they strike from a different angle, coming across as more of a conceptual choice than a stylistic one. Could it be that because the music is more personal, the voices impart a new kind of emotional community – the sort you look for when you’re grieving a relationship?  “Well, I think part of it is because of what I was going through – and let’s not forget, this is three years of writing and three years of life,” says Kenny. “But there was a lot of support from the lads in the band just to get me to the front of things and get me to the surface of things, and to be real, and open, and honest about things. Because I was finding that really f-cking hard, really confronting,” he says. “They were kind of there with me. And when it [came] to those parts of songs that we felt we needed a bit more of us in it, we went for the choral chorus [or the] gospel-esque choir. And to me, I’m glad you pick up on them: they’re one of my favourite parts of the record.”

The one moment on the album where ‘group’ vocals turn into ‘gang’ vocals arrives in the triumphant closing track Never Going Back. These ones sound… more intimate. “That’s just the band, yeah,” Kenny confirms in describing the triple-shouted punch of the tracks title that punctures the breakdown. “It’s just the band standing around together with five sets of headphones, and one vocal mic in the centre. Just yelling at it!”

The videos the band have released are full of cute humour and symbolism. In both The Greatest Mistakes and Two Of Us, we see disembodied hands reaching out to give Kenny whatever it is that he (doesn’t know he) needs. “There are always peripheral people that have your back,” he says. “There’s a lot of love and support in the space that we occupy.  I think we’re quite fortunate with that.”

Kenny adds that the concepts also came from the “wonderful brain” of the band’s video director, Matt Sav. “I just love his work; I love where his head goes with things,” he enthuses. So was it in fact Matt Sav who was responsible for sourcing the fabulous gold pantsuit Kenny sports in the final scenes of The Greatest Mistakes clip, or did it come from Kenny’s own wardrobe?

“God, I wish it did,” he chortles. “[Matt] sourced that. I actually asked him if I could keep it at the end but he was like, ‘We’ve hired it from a costume shop.’  Yeah, I really wanted that suit. Yeah, it’s f-cking gorgeous. It’s full ankle – right down. It’s a whole thing.  It’s got this wicked, really tight knit champagne sequin stitch in it. It’s just out of control.”

Human Design is out now via Eleven/EMI. 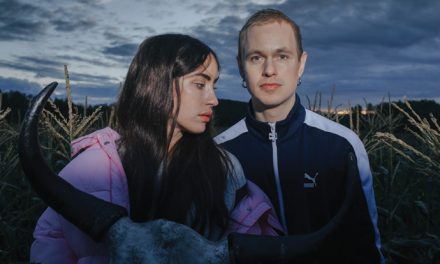 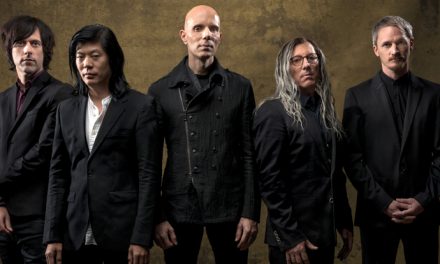 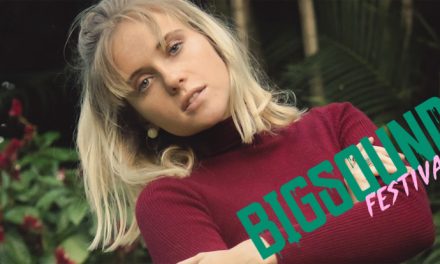