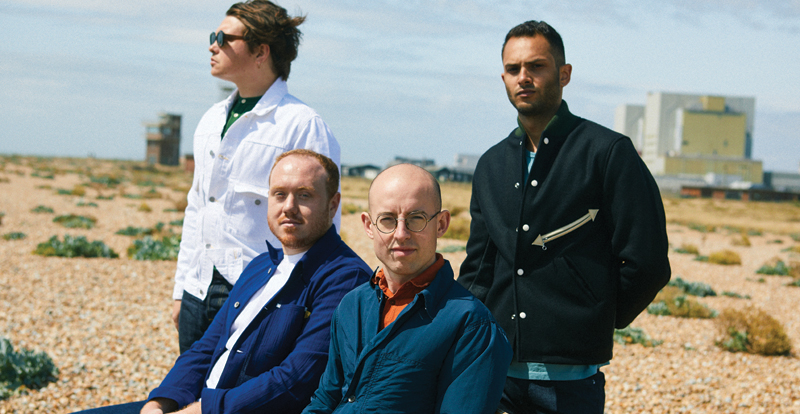 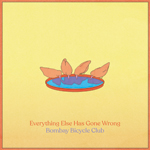 The cover of Bombay Bicycle Club’s first album since their announced hiatus in 2016 – Everything Else Has Gone Wrong – is a drawing of four little birdies, quietly drinking from a water dish. They’ve gathered to refresh themselves at this source of nourishment, and maybe they’re also contemplating their reflections. These creatures could be the members of Bombay Bicycle Club – Jack Steadman (lead vocals, guitar, piano), Jamie MacColl (guitar), Ed Nash (bass), and Suren de Saram (drums) – who discovered, says Steadman, that their self-volitional, seemingly indefinite break-up period had actually brought their hearts closer into union.

“I’m a big believer in breaks in my life, in every aspect,” says Steadman. “From experience, I’ve just kind of seen how dangerous that feeling of the grass always being greener is. It can really, really eat away at you, and that’s not just with your job or whatever, but it can be in a relationship. And you’re both thinking, ‘Is this it? Is this the right choice?’ You have all this anxiety about that. You can’t really use it as a technique because that’s really perverse, but if you do make a step to take some time apart, that can be this beautiful thing when you come back.”

Everything Has Has Gone Wrong is indeed a beautiful thing; its parts parry and weave around one another with that Vampire Weekend dexterity (Is It Real), and it pulses with glittering melodic runs (Get Up) and vitality, as in the title track. In the latter, Steadman’s monotone delivery displays how much power there is in letting the chords shape the song, rather than forcing a vocal line into some excessively decorated thing. “The opening guitar riff was written, and I thought it sounded quite bombastic, and I couldn’t imagine any vocal other than something that was quite relentless and had a lot of energy, that never stopped,” Steadman says of the track. “Once the vocals start, it just doesn’t really ever lose any momentum. It’s a really ironic song, because the whole lyrical scene is about not being very good with words and not being good at expressing yourself that way, but it’s the most wordy song on the entire album – it’s just full of lyrics.”

Not being good at expressing themselves is something Steadman admits the band have struggled with, amongst themselves (“We’re not very good at communicating with each other,” he says). It is surely by design that at the end of the clip for first single Eat Sleep Wake (Nothing But You), the bandmembers – who have been playing their instruments separately, in remote landscapes where abandoned concrete ruins are gradually being reclaimed by nature – finally realise that they’re actually playing as one, when they see the sooty blast from Steadman’s exploded amp stack in the distance: a literal smoke signal.

The hope in the song comes out through these little two-note trills which slowly rise, wavering, wondering. Steadman loves the analogy but says it wasn’t intentional. “For me, those things are always happy surprises,” he says. “I don’t think I’ve ever been very good at thinking about what I should be doing, and then applying that to music. It’s always just me riffing on an instrument, not knowing what I’m doing. But I love hearing people’s interpretations, because I think the beauty of it is that everyone will have a different one, and it’ll be coloured with their own experiences. I think that’s one of the coolest things about music.”

The other great thing about music is the refuge it can afford – like a saucer of water for a few feathered friends. “I think almost selfishly, at the beginning, you’re thinking about yourself,” Steadman says of the writing process. “That can be the catharsis – and then it’s kind of a happy bonus that those positives get passed on, and other people feel the same when they listen to it. I think what I go through on a day-to-day basis is probably shared by a lot of people around the world.”

Everything Else Has Gone Wrong by Bombay Bicycle Club is out now via Mmm… Records/Caroline.