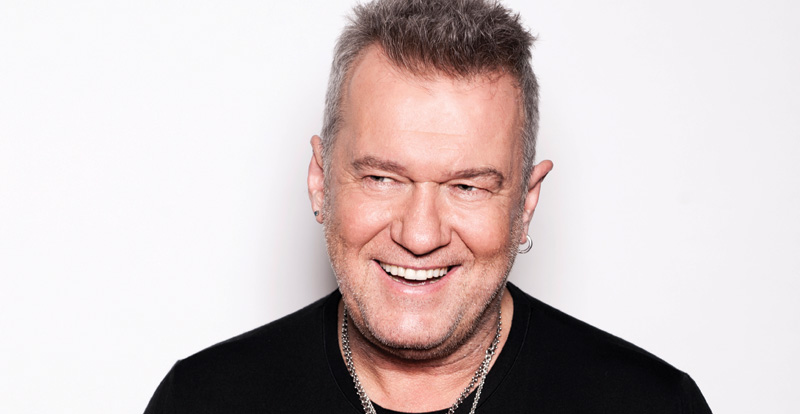 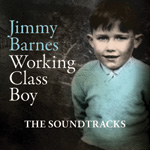 From a terrified child to the fiercely loyal family man he is today, Scottish-Australian icon Jimmy Barnes explains how sharing his story became less about himself, and more about the wider conversation it might inspire.

Often when a person can’t remember an especially disturbing incident in their life, it’s because they’ve repressed it, or ‘blocked’ it out. Jimmy Barnes says that in his therapist’s opinion, the clarity of his memories comes from the very fact of his trauma; the abuse and neglect young James Dixon Swan experienced in his formative years heightened his perception to such a degree, he is able to recall being close to 10 months old, in the suburb of Glasgow where he was born on the living room floor.

But amongst these stories from his award-winning autobiography Working Class Boy – which Barnes turned into the acclaimed Stories & Songs stageshow, then the recently-released documentary film, and now the soundtrack format, which includes some of the spoken-word versions of his tales – there are moments which are quite the opposite of grim.

“That story about Mahalia, for instance,” Barnes begins, referring to his recollection of watching the film Imitations Of Life (1959) with his father, and being so blown away by a female singer in the story that he waited until the very end of the final credits to discover her name: Mahalia Jackson. “It was sort of a big moment in my life,” he says with wonder. “I literally, as a seven or eight-year-old, sat there and I remember thinking, ‘I’m going to call my first baby girl Mahalia.’”

And, of course, he did – Mahalia Barnes, named for the ‘Queen of Gospel’, performs regularly with her father and appears all over the album. “She’s an incredible singer,” Barnes says. “We sang together since she was a young kid. I used to encourage her: ‘Come on baby, try not to sing too hard,’ and now I get up [on stage with her], and it’s every man for himself. You have to be right on top of your game with her! It’s great because I have my son in the band, all my daughters sing with me, my wife sings with me. It takes all the music to a different place, you know?”

Jimmy’s son – the lauded musical theatre singer David Campbell, who was conceived when Barnes was just 16 years old – appears on the track Reflections Of My Life (by Glaswegian band Marmalade). Its lyrics could conceivably slot into several places in the Working Class Boy story, but Barnes chose it to sing with his son for one special reason. “That’s one of the first songs I used to sing with my big brother, when they’d play at parties – I’d sing harmonies with him,” Barnes explains. “That song’s been a big part of my life. When I put the show together I thought, ‘This is the perfect song, and the perfect moment, to talk to David. This is what I’ll do – this is how I’ll introduce him.’ To share it with him was so emotional. At that point in the film, when he’s up there, and we’re doing this in the public arena like David says – on stage, where we live – I remember at that moment thinking there was nobody else there. It was just him and I.”

The film includes interviews with all the pertinent people in Barnes’ life, including his Cold Chisel bandmates Ian Moss (guitar) and Don Walker (keyboards). Walker makes the observation that in weaving this fiercely tight familial unit, Barnes has created what is essentially a traditional clan. “To tell you the truth, I think I joined a clan,” Barnes laughs. “When I married Jane [Barnes’ wife since 1981], I married her whole family. They were totally the opposite to my family. They were really solid: when they said they’d do something they’d keep their word; they could fight and then let it go, and forgive each other. Whereas my Scottish family, we’d have a fight and then not talk for years. We’d rally and get the rest of the team behind us, get them to take sides. It’s like the Hatfields and the McCoys! And I think that’s a very Scottish thing. Jane’s family is mixed-race, with lots of extended family. And I felt right at home there.

“When it’s important, Jane’s family will call you out and tell you, and then help you get on with it. If you do the wrong thing, you’re going to be the first to know about it. At the same time, they don’t hold it against you. If you can change, they’ll give you credit, and they’ll encourage you.”

The theme of having the gumption to change is what Barnes hopes his story will communicate – although he reels at the thought of being on any kind of pedestal. “I don’t preach about anything! I’ve made so many mistakes in my life,” he says. “When I finished writing the book, I could’ve torn it up – it’d done its job, it was for me, I’d got it out. But by letting [others] read it, I suddenly realised there were a lot of people out there who’d been through degrees of this – some worse, some less. It’s sort of like a tipping point – with #MeToo and the troubles that we have with domestic violence in Australia – where everybody just wants to heal. The conversations are going to start whether you want them to or not, and everybody’s just doing their little bit. And I’m not leading the way here; I just fell along with the rest of the dominos.

“The message I’ve carried around is: if you can pick yourself up, say you’re sorry, and change what your actions are, things can get better. They might not be the same, they might not go back to the way you want them, but they will get better.”