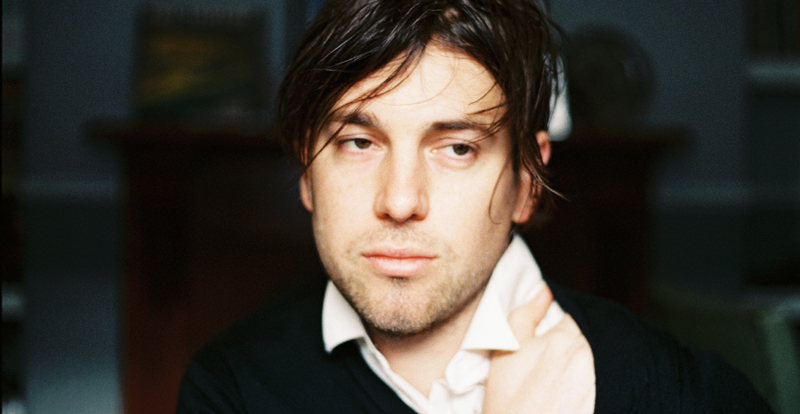 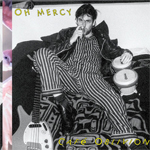 For Oh Mercy’s fifth studio album, bandleader Alex Gow says his most important cue card was the one that read “playful” – and we can confirm that he nailed its message. The wondrous Café Oblivion is an eclectic deli buffet of indie-pop which demonstrates why Oh Mercy have earned an ARIA Award and a tremendously devoted fanbase; we asked singer-songwriter Gow a few questions about this excellent new record.

You’ve said that on the wall of Café Oblivion is a signed Steve Smith print – the 67th of 350. What other kinds of décor would we see in this chimerical establishment?

A couch made from Phar Lap. Everything but his head is comfortable to sit on. ‘Cause his still moves around. He annoys everybody constantly recounting his historic racing accomplishments. And he always steals the punch lines of Harold Holt’s gags. Someone furnished him with some sunglasses late one night and he has been trying to wiggle them off ever since. It’s a struggle because he is a couch.

The cricket played a part, however background, in the recording of the album at The Grove with Scott Horscroft – you mention having it constantly on the television as you worked. Do you see any parallels between the game and the process of recording?

In cricket a man points his finger to the sky and tells you are you out, that it’s time to leave. When recording, it’s hard to know when to leave.

You’ve said that when writing this album, you felt playful – like you were secure enough in your life’s station to be playful – and I agree with you, it is audible. It’s even visual, in the clip for Keep A Light On; everyone seems to have a tiny, just-hidden smile on their face. Was it a fun clip to shoot with a bunch of mates?

That’s good, I’m glad you can hear it. Yes it was fun.

I don’t love being in music videos. Or in photos. [The purpose of] getting my friends involved was, one, making the music video interesting as I’m not, and two, diluting the discomfort. It worked out well. It was a great day: 40 degrees. Filming upstairs. All 12 of us downstairs watching the cricket, drinking beers and talking music. We went upstairs one at a time for a half hour. I’m very lucky to have great-looking and professional actors for mates, making me look good.

The playfulness also comes across in a ‘knowingness’ of some kind – like you’re sharing a joke with the listener, but also that it’s still meaningful enough to be more than a joke. Sometimes I think artists try to do it but don’t quite get there, and it feels like they’re either laughing at you, or the joke renders the message trite. How do you make sure your audience is in on it?

It’s impossible to guarantee everyone will get it, but there are things I can do to guide them there. Art work. Language in social media, etcetera. Not everyone gets it, I know that for sure. But that’s fine. I’m glad you get it. I try not to be elitist about the the humour. Irreverent, sure, but not elitist. I can’t stand the “If you don’t get it, or like it, you’re not clever enough” approach. A knowing grin from an audience member is a huge win. It happens every now and then. That’s an interesting question.

The organ and piano in Hot Topic are absolutely mad – they’re wiggling all over the place. Did you plan them at all or just go off in the studio?

Again, I was feeling playful. I wanted that to be audible. So I dialled up an out-there sound, played the keyboard standing up, found a few notes that worked. A few that didn’t. Hit things. And didn’t bother editing it. Most of the album was recorded like that – fooling around in my bedroom.

There’s a rad jam at the end of Crocodile Meat too, where all these funny disparate elements come together and party. Similarly, how far did you plan it?

Zero planning. I felt the lusty absurdity of [the] lyrics was owed an ridiculous outro. I recorded no demos for this album. Skipped that stage. Had an idea [and] turned the mic on. I made up the arrangement in real time. Sure, I had an idea of the chord structure – but the song structure, no. I guess I got to the end of the song and didn’t know what to do, so I looped the chords and built [up] the psychedelic carnival. It really makes me smile. I like the last noise you hear – I think of it as the alligator roar.

You give Sinatra and Hazlewood a specific shout-out on Nancy & Lee, and there’s a lot of that collaboration’s romance and sort of cinematic feel across your album. What do you like about their music (or their friendship, or approach, or whatever)?

Everything. The way their voices work together. Granted, I love their voices individually too. Lee’s the man. He nailed that marriage of the romance and humour.

I love the melancholy string arrangements, and the chords. Lots of major seventh chords. Bring it on.

The groove in Get On is marvellous. Is that one the most fun to play live, from this album?

Thanks for noticing. I haven’t played it live yet. I wrote it straight and my friend/producer/drummer Rohan Sforcina made it less straight.

Which do you find the most challenging to play? Also, are there any tracks where you deliberately tried to test or push your skills (particularly vocally)?

I imagine the chorus of Crocodile Meat will be tough to sing. I’m not much of a singer’s singer. I really go for it in that song. At leas,t as much as I go for it. Keep A Light On is up there too.

Café Oblivion is out March 9 via EMI. 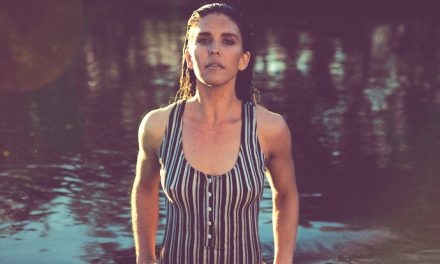