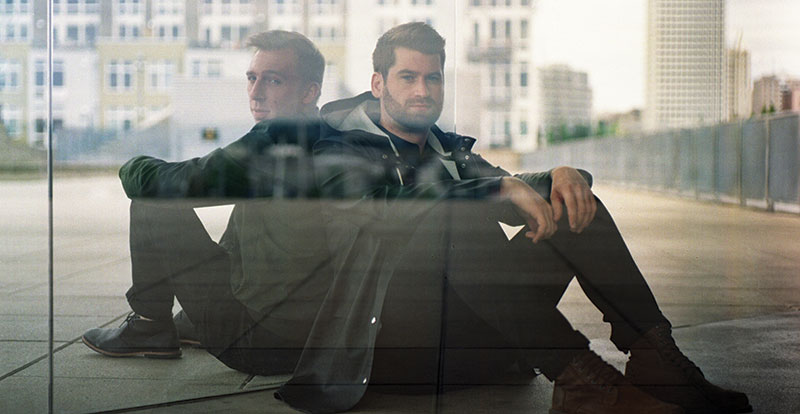 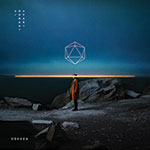 Do you think your use of organic or acoustical sounds is how you manage not to lose the humanity in what are, essentially, artificially-arranged tracks?

I think that’s kind of the constant balance and struggle in creating songs that we like. Because we love the warmth and the human aspect of a lot of standard musical instruments and orchestral instruments and some funk stuff, and trying to blend that with different, more surreal and synthetic things to create stylistic approach to a lot of genre-blending. A lot of it is cutting and chopping and [meshing] all these things to try and make something cohesive out of things that maybe shouldn’t all live together. I love trying to build that. I think a lot of happy accidents go into what we do.

You mean my muse? Yes, a happy little tree, here and there.

In Line Of Sight, the bass synth is almost terrifying in its size. It’s like the terror/sublime binary in literature and art. Do you think of any of these instruments or elements are being scary in their beauty?

There is a lot of power behind things that are beautiful. And I [want to] add a beautiful melancholy, a cinematic sound. I always liked feeling like it was a tidal wave hitting you at the beginning of the song, but it starts very filtered, so you can’t hear a lot of it, it’s super low, and then it all comes at once. And I love those moments that kind of wake you up out of the song and make you more alert and pay attention to what’s happening.

How do you find and store samples you might want to use later? I imagine Dumbledore’s hoard of memories in Hogwarts, little snippets floating around in glass jars in a storeroom.

I come from a hip hop background, sampling old records. When I was younger I just collected records from Goodwill, and then I started going on YouTube and finding record collectors. I would email them and be like “Hey, if I give you 50 bucks will you give me some of your vinyl rips, stuff you’ve transferred to your computer?” I would just scour the internet. I always had fun trying to find these really eclectic channels on YouTube and weird labels [who had] the sound of a bell, or the sound of an exotic instrument, and try to blend all those together. You gotta broaden your horizons to get the right stuff I think.

You worked with both Leon Bridges and Regina Spektor on this record. These are two titan vocalists, but they’re still not the usual people you’d expect to be collaborating on an electronic or dance record. Were you deliberately trying to look outside of the usual pool of singers?

I think that we are just fans of a lot of different kinds of music and we always try to think of a fun way that we can work with someone who doesn’t seem like they should work with us. I think sometimes that makes the best collaboration. Obviously that doesn’t work all the time, but when it does work it’s usually a very inspiring moment.

How did you meet Regina?

With Regina Spektor we kind of jokingly asked for her to be on the album to our management, just because we didn’t think it would be feasible at all, and about two months later she emailed us back really excited to work with us. We wrote this little demo for her and we sent it to her and she said, “I wrote a whole song to this, but I don’t want to send it to you, I want you to hear it live.”

We met her in Seattle; she was playing a show, we went to her hotel, up to the 40th floor, we knocked on her door, we were super nervous, we walk in, we meet her entire family, her kids and her husband and everyone, and we sat down. She played the track off her computer and sang to us with her eyes closed. Sitting on the couch in her hotel room. It was one of the most beautiful things I’ve ever seen! Like a private Regina Spektor concert. It was a pretty jaw-dropping moment for me.

Y’know it’s funny, that song had a lot of production on it, and we decided to make it really about that moment that we got to hear her singing, and strip it back and pull a lot of our production out of it – make it more about the song and her voice, this beautiful airy vocal. And the lyrics are so meaningful. We didn’t want to take meaning away from that, and really let that shine. We wanted to transport people there.

You really succeeded – you’ve let her voice be exactly as beautiful as it is in any of her own music, without crowding it.

I think a lot of the time, vocalists are a little uncertain on whether they want to work with producers because I can only assume that when your instrument is your voice, that’s maybe the most personal instrument that can exist. And it’s probably a scary thing to walk into a room with [people] like us who’re known for cutting up vocals and pitching them all around. It was a really cool moment and we’ve grown to be really good friends; I call her every month, and she’s a great person, and I feel honoured that she worked with us.

A Moment Apart by Odesza is out September 8 via Pod/Inertia. 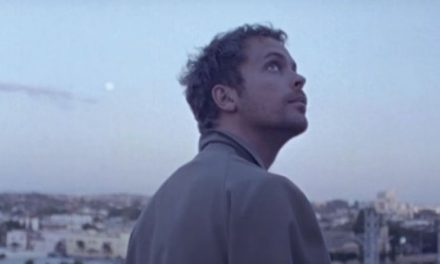