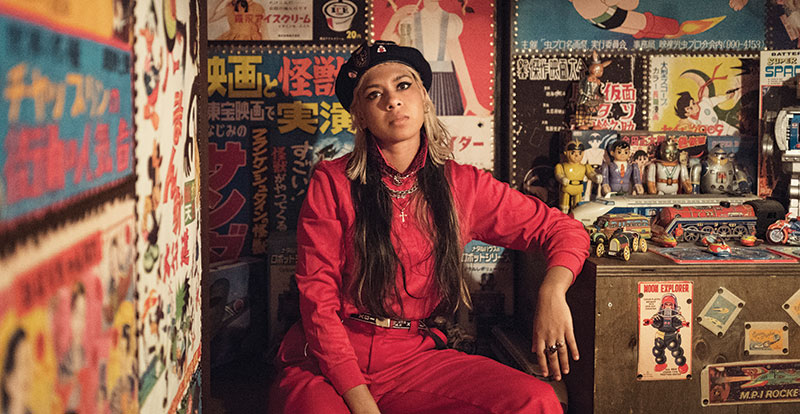 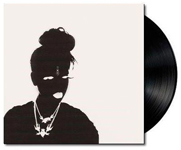 When Ecca Vandal landed in New York to film the clip for Broke Days, Party Nights, she was at first astonished but ultimately describes the experience as “surreal”, “warm”, “welcoming.”

“[The video’s organiser] took us through this area in Harlem, through the Projects,” she says. “He said, ‘Come in! Come in and have a look at what we do. We just hang here. Come up to the flat, we’re just going to play dice.’” Vandal says the best part was the sense of community. “They were just loving life – they knew everyone, had a conversation with everybody. [They’ve] all got each others’ backs, and he said ‘Well, we’ve got to, because sometimes … we don’t know how long the cops are going to take to get here.’”

Of course the multi-instrumentalist wanted to connect meaningfully with her hosts and their community, because she doesn’t do anything piecemeal – especially not musically. “I think being creative is all-encompassing,” she explains. “It’s not just songwriting and then getting on stage. There’s visual elements, there’s online elements, there’s a daily expression. It’s an all-rounded thing.” She admits it’s almost to her detriment that she’s involved in every aspect of her output, but when you listen to Ecca Vandal you’ll comprehend that there are masses of creative tendrils emanating from this woman, and she’s harnessing every one of them.

“I just love the cut and paste, DIY kind of aesthetic of punk artwork”

The album’s artwork, which she created with her friend Morris (MSG), is an extension of the ethic. “I just love the cut and paste, DIY kind of aesthetic of punk artwork,” she says. “[MSG] really gets in there – it’s not digitally done like you see nowadays.”

Ecca Vandal is also an assemblage of ideas crafted into a cohesive riot: it drives with a laser-beam, Grimes-esque anarchy but unlike Grimes, Vandal can fling her voice around with gymnastic abandon: she can make it round and souful like Sharon Jones, give it a sweet/sharp edge like Gwen Stefani, pump it full of haughty dignity like Lady Gaga or scream her head off – and it all sounds quintessentially Vandal. Stand-out track Future Heroine ends with a warped vocal which at first sounds something like bagpipes. “That particular one, I wanted it to sound a bit like an Indian chant,” she says. “A vocal, gang banshee chant, but a little bit Bollywood. [Sometimes] we spent hours trying to find a particular sound for a section of a song. I personally enjoy that, because you can go down a rabbit hole.”

Born in Sri Lanka, Vandal grew up attending classical concerts of traditional music, which she found incredibly “uncool” at the time, until she grew up to become fascinated with all kinds of improvisation – particularly during her time studying a BCA at the College of the Arts. “I realised that South Indian music is heavily improvised,” she says. “It’s a completely different system of music. There’re microtones within a semitone [the smallest space between two notes in Western music], or a tone. There are so many different notes. But you can’t just improvise randomly – you’re supposed to be within those confinements of a particular raga [scale system], but then be expressive and creative. It’s incredibly powerful music. And [Sri Lankan musicians] master it, they dedicate their lives to learning it. It’s really deep on an emotional level, on an expressionistic level, and obviously musically it’s completely different to Western music – completely.”

In the same way that you’ve got to learn your jazz scales and raga rules to then release your creativity, Vandal’s journey here to plumb the components of her identity – including, and maybe especially, the vulnerable parts – has given her the “freedom and liberty” to explore, imbuing her debut with impressive reach and grasp. “I needed to delve within myself and go, ‘Well actually, who am I?’” she says. “I love all these different styles of music. Will I be okay with taking away this aspect and just leaving this? Or vice versa: can I take this away and leave that? The answer was no, because it doesn’t express who I am. It’s okay to go into those realms, and let yourself go, and share it, and express it. That’s kind of what it comes down to for me – they’re all parts of my music heritage. They show different sides of who I am. That’s what makes this an Ecca Vandal record. It’s me.”

Ecca Vandal is out October 20 via Dew Process. 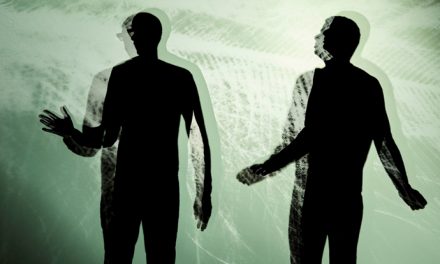 Sonic Science: An interview with The Chemical Brothers