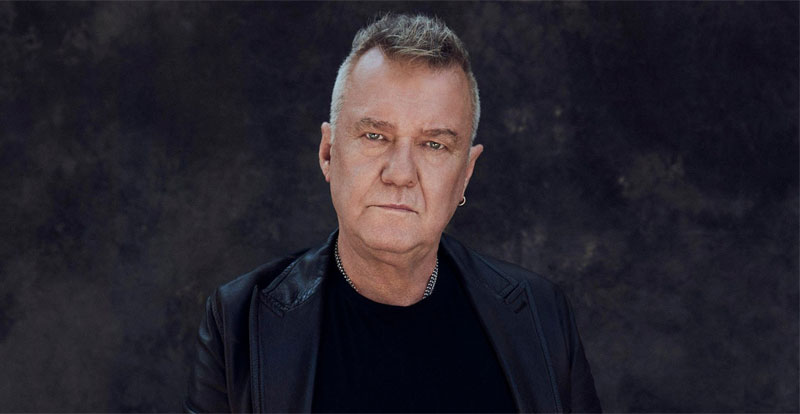 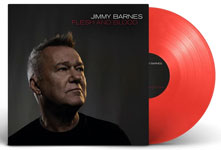 Dedicated to late industry icon Michael Gudinski, Flesh and Blood thrums with all the irrefutable heart we’ve come to count on from its creator, Jimmy Barnes.

At the suggestion that a career in bonsai tree maintenance might be on his horizon, Jimmy Barnes gives a peal of husky laughter. The truth is, that’s one of the few creative endeavours the Oz-rock icon hasn’t plumbed over the course of his career – let alone just the last few years. There’s his award-winning memoirs, podcast adventures, lockdown family band livestreams, consistently excellent recorded music, an upcoming cookbook written with his wife Jane, and a children’s book, called Rosie The Rhinoceros.

“Rosie’s my granddaughter – she’s so great!” says Barnesy tenderly. “She’s like a bull in a china shop; she’s one of those girls that just charges through everything, but she thinks she’s a delicate unicorn.” He tells the adorable story of Rosie’s frustration when Jimmy’s daughter Elly-May, playing a game during a car-trip, assigned her the alliterative moniker – and Rosie’s determination to disprove it. Says Barnesy: “I wrote it for her, because it’s about being anything you want. If she wants to be a unicorn, then she’s a bloody unicorn!”

It turns out these projects aren’t even the start of the line of irons in the fire for the 65-year-old.

“I’ve made a rockabilly record; it’s already finished, which is really cool,” he says. “I’ve got two or three different books that I’m writing at the moment, like fiction stories, stuff that I’m trying to get through; I’ve just got to try and find time to finish them all,” he says simply. “I’m hyperactive, I like to keep busy. Life’s good and I’m feeling inspired, and I feel like I’m growing as a human being. I think my best work is still to come.”

The work this interview is about, however, is new studio album Flesh and Blood. It’s his 20th record – and no, that number does not include the nine albums which came before-and-within this solo output, as the frontman of Cold Chisel. The album arrives dedicated to Barnes’ dear friend, the late Michael Gudinski, and features an astonishing array of Barnes-clan musicians in its liner notes. There’s of course his daughters Mahalia, Eliza-Jane and Elly-May on vocals, his granddaughter Tyra Harrison on vocals, son-in-law, nephew, granddaughter, and his wife on a beautiful rendition of Love Hurts – which features Jane in the lower harmony, and Jimmy in the upper. “Unfortunately, I do sing much higher than Jane,” Barnesy smiles. “[Our version] is based on the Gram Parsons and Willy Harris version, so I’m Willy Harris and Jane’s Gram Parsons.” 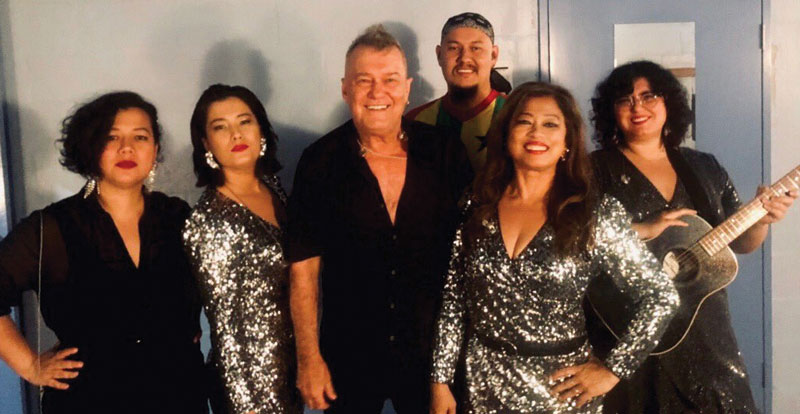 Jimmy with his three daughters, wife Jane, and son Jackie, on the Shutting Down Your Town tour (Wollongong, 2019). Image courtsey of Jane Barnes’ instagram (@jane13barnes).

It’s one of the tracks the couple performed during the Jane Barnes Band lockdown sessions, the comments around which Jimmy definitely had his eye on. “People were writing every night, ‘Ooh you’re so lucky! Look at that look in Jane’s eye! She loves you so much!’ and I kept thinking to myself, ‘If we’d have had the camera turned on a minute earlier when she wanted to kill me, I wonder what they would have thought,’” he laughs.

“Relationships aren’t about just being rosy all the time. They’re about persevering, and standing up for what’s right, and about growth, and about effort. It’s about work, it’s about truth. Truth isn’t easy, y’know? It’s not easy to speak the truth, and it’s not easy to hear the truth. Love does hurt, sometimes – I thought it was a really fitting song for the record.”

One of the album’s stand-outs, I Move Slow, features Barnes’ drummer son Jackie on vocals – and they’re absolutely angelic, particularly in blood harmony with Elly-May. It perhaps shouldn’t be a surprise to hear the smooth-as-caramel tone of the 35-year-old’s voice, considering Barnes’ other son David Campbell is a gifted theatre and cabaret performer. “Jackie’s a bit brash,” says Barnesy. “He’s a rock’n’roll drummer [for Rose Tattoo], a really big boy, but he’s the sweetest guy in the world. And he has the sweetest voice. He’s got his dad charging around – I’m like a rhinoceros as well, I charge at everything – and then there’s Jackie. All this is going on around him, and all through his life he has just moved slowly, through it all. He wrote this song and I thought it was so beautiful that when I was doing a record about family, I wanted to show that different aspect of family; in the world of chaos, he just takes his time, and breathes, and moves with the flow.”

The old adage of ‘You can choose friends but you can’t choose family’ still sticks in many situations, but some parents go the angle of choosing to nourish family relationships into something like friendships. Barnesy has a firm viewpoint on that. “I don’t want my kids to be my best friends,” he says. “My kids and I – it’s that thing, once again, about the truth – my kids and I challenge each other all the time. It comes back to the title track: I look at my kids and I can see myself in them. I can see all the best, and I can see all the worst as well. I look in their eyes and I realise, ‘Oh my god, they’re like the updated software. Version 2.0 of me, and my wife’s DNA. I want to be a good sounding board, be a good father, give good advice, be strong, be hard when I had to be, be soft when they needed me to. And that comes out in our relationship – musically and personally.

“My kids, working with them is a real gift. ‘Cos they know all the dark stuff, and they know all the good stuff; and when I sing with them my voice could turn on a dime and they turn right with me. They move with me, and vice versa. It’s not always easy; sometimes it’s tough, sometimes we fight. But we just know each other. No one knows each other better than family, and to work together like that makes it really special.”

Flesh and Blood by Jimmy Barnes is out July 2, including on JB-exclusive blood red vinyl (pictured above), via Bloodlines. 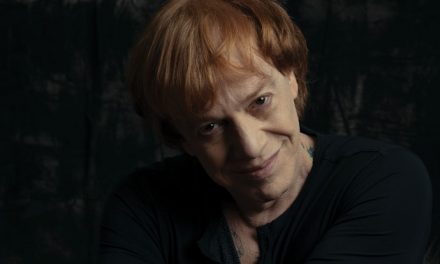