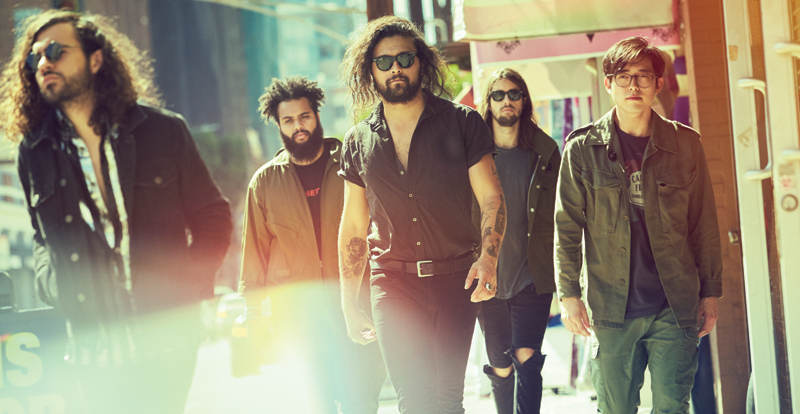 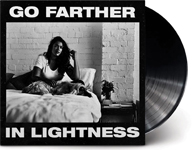 Gang Of Youths’ second album Go Farther In Lightness gave vocalist David Le’aupepe a chance to express some of his ideas around The New Sincerity and how its maxims affect life beyond literature. He spoke to Zoë Radas at Sony Music HQ.

Across the timelines of specific mediums of art – literature or visual art or music – you can find a pattern of one movement seeking to crystallise, escape or straight-up revolt against the ideals which preceded it. In writing new album Go Farther In Lightness, David Le’aupepe found a connection with The New Sincerity, a literary movement originating back in the 1990s whose aim was to re-embrace the humanistic qualities of art which cynics had pooh-poohed for their mawkishness.

“I became infatuated with David Foster Wallace and Zadie Smith and Dave Eggers, and all these kinds of really verbose, highly emotive, obsessive-compulsive writers, in ninth or tenth grade,” the musician explains. “I think when you feel alien… I grew up pretty working class in the inner west [of Sydney], and I’m a Pacific Islander, so all those things usually point towards a career in rugby or a career in organised crime. I think there was something about [Wallace’s] cadence, his obsession with attentive detail. He wanted to connect deeply and empathetically with people.” Wallace’s beliefs and style were a reaction against the nihilistic efforts of writers like Bret Easton Ellis (who wrote bleak best-seller American Psycho). “In [Ellis’] prose, everything’s dark and f-cked up and histrionic and pessimistic. But there was something really poignant and defiant about guys like [Wallace] and Eggers.”

That idea, in letting down your ironical guard and allowing yourself to be vulnerable, is the antidote to the original hipster – a person who is ‘hip’ to many ideas but not deeply engaged with any of them, because if you love something, someone can trash it or pull the rug out from under you with a few serrated words.

Go Farther in Lightness is absolutely full of hopeful affirmation – the pizzicato strings in Achilles Come Down echo lyrics which appeal to a cynic to face his truth; the piano chords in the title track slip unexpectedly up and down in semitones, mirroring the strangeness Le’aupepe describes in its lyrics; a track like Persevere, with its Imogen Heap vocoder, pattering electronic beat, Rhodes chords and gospel ‘oohs’ would be poxy in anyone else’s hands. The beautiful string interlude L’Imaginaire, which is a sneaky cover of one of the biggest rock songs of all time, Le’aupepe imagined as “capturing some of that ambitious long-windedness of Pink Floyd”; he arranged its strings, as well as those on the other two interludes. “There’s 450 pages of score sitting out there in the Sony office – I was a bit nuts about it,” he smiles.

“I wanted [Go Farther] to reflect some of these gigantic, huge works of almost literary music.”

“I conducted one little part of it but I’m not a very gifted conductor. But [writing the string parts] was one of the most rewarding things I’ve ever done. I spent four days sleeping on the floor in the Sony studios, not eating or drinking – I think I had Thai curry one day – just trying to get it done. It was liberating, invigorating and exciting to finish it up, and to look at four very gifted string players playing my horrible scrawling.” The effect of those pieces is like moments of The Smashing Pumpkins’ 1993 epic Mellon Collie and the Infinite Sadness, with rich cello and impossibly bittersweet violin. “I think Mellon Collie is one of the all-time great double records – that’s something I can really say comfortably,” he asserts. “I wanted [Go Farther] to reflect some of these gigantic, huge works of almost literary music.”

But still: once you open yourself up, what’s to stop you being hurt? It’s a very courageous approach to life, but it’s terrifying too. “I think we’re all capable of it,” Le’aupepe says. “Fear is only the first step in a longer and wider journey in life. I’m wholeheartedly taking this fear and looking at it, and overcoming it, and mastering it. Self-mastery is the point here. I’m not a courageous person by nature – you have to learn how to be. We all have to. And I think the myth that somehow it’s reserved for some and not others is bullshit. We’re all capable of overcoming past terror and past trauma. The word ‘trauma’ – Freud talks about it – is Greek for ‘scar’. Scars heal. Trauma heals. That’s the whole point. It’s there and it’s visible but it’s demonstrable of a wound or an injury that the body’s healed over.”

Le’aupepe admits he doesn’t have all the answers – he says the album proves “how little [he’s] figured out about it all” – but the effort is the point. It’s most distilled in track The Heart Is a Muscle, the message of which Le’aupepe describes thusly: “The more empathy we exercise, the more love we display, the more autonomy we demonstrate, the stronger that muscle becomes.”

Go Farther in Lightness is out August 18 on regular vinyl, limited edition clear with red marbling vinyl, and CD, via Sony. 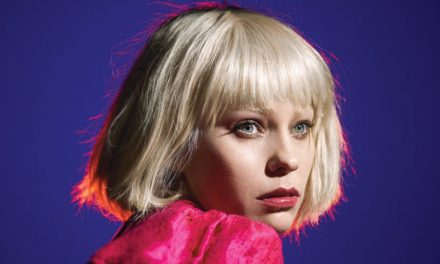 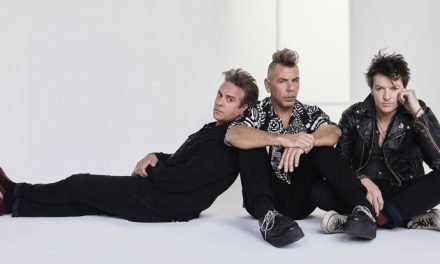