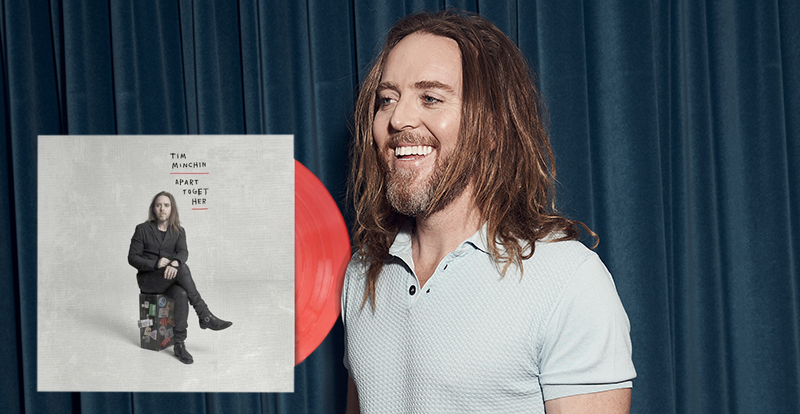 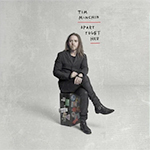 As chockers with brisk wit as sudden, frank truths, Tim Minchin discusses his new album Apart Together with us at length.

“I’m usually not this chaotic,” Tim Minchin promises as his phone camera lurches around, before asking stylist Amy – who’s snapping a hair straightener around the crown of his head – if she minds her torso being in the video. “Hi! I’m super present. Look how beautiful I am,” he smiles warmly as he settles in, and Amy finally makes a successful grab with a satisfying clack.

“I was contemplative about what a record from me, now, would sound like,” he says. “I’ve written in all these styles and from all these points of view; I don’t really know who I am as a muso because I am sort of a gun-for-hire, and I’ve written all these punchlines – ‘Do I need to try to put away all this quirkiness, and write more sparse lyrics, and blah-blah-blah,”’ he says. In the end he wrote “whatever [he] felt like”, and it worked.

“[The album has] this balance between letting it be whimsical – which it definitely is – and playful with words – which it sometimes is – but it still leans on that craft I’ve been trying to develop of making people not know whether they should be laughing or crying. I’m just a guy who writes storytelling songs with slightly unusual form, and that’s fine. I don’t have to overthink where I fit in the contemporary music canon. It doesn’t f-cking matter.”

Understanding the way form and content can collide to create comedy – or that disconcerting laugh-or-cry sensation he describes – is a technique Minchin has deep-baked into his style. It’s why we laugh when he uses such a sweet melody and earnest vocal tone to show concern for Cardinal Pell “not feeling well” (2016’s APRA Song of The Year-nommed Come Home (Cardinal Pell), released during Australia’s Royal Commission into Institutional Responses to Child Sexual Abuse), or describes the Hollywood sign as “just some really ugly letters on a pretty ugly hill” in such a wistful manner on Apart Together track Leaving LA.

“Long before I realised what I was doing, I was doing it,” he says, attesting that it’s “not a very clever thing” but it is his thing. “When I first wrote [2010’s] The Pope Song, it was an angry rap. And I suddenly went, ‘What am I doing? That’s not what I do. What I do is, make the words angry while the music’s jolly.’ That was a bit of a moment where I realised that my job was to juxtapose content against form in a way that is dissonant and therefore funny, right? And, it also allows you to get away with f-cking murder.”

(It should be noted that he doesn’t always get away cleanly. “When I put out the HouseFyre song with Briggs, or much worse, the Cardinal Pell song, the right-wingers in Australia just piled on and call me a stoner,” Minchin says. “‘You’re nothing but an ABC-paid stooge!’ All these people, who have no idea of what I’ve actually done in my career, just trying to minimise me in order to disregard my point. And it’s awful, those pile-ons. I’ve gotten much better at them. But you kind of have to read them, ’cause you need to know that it’s happening, so that you can try and mitigate it. If it’s spreading fast, I get in and reply very calmly and very politely, just to make sure I’m on the record in those places.”)

Ultimately, the element of surprise creates engagement (which is especially effective with protest songs). “Sometimes the thing is to make sure you are competing with the content, in order to make the listener not rest on their laurels,” he explains. “‘Cause lyrically, I do it all the time. Lyrically, I’m always doing tension, because I’m so bored of, ‘Isn’t love a miracle?!’”

Having said that, Apart Together contains several moments of ‘Isn’t love a miracle’; it’s actually more of a surprise to hear Minchin give real weight to the sentimentality in a song than it is to hear one of his cutting, lullaby-delivered punchlines.

Was unadulterated sincerity something he had to learn to be comfortable with? “You are asking the questions,” he laughs, and agrees: “Yeah, it’s taken me 35 years of songwriting to think it’s okay for me to let my lyrics be actual, lovely poems, and not have to undermine them all the time. My whole career is built on saying ‘I don’t have anything to say, I haven’t suffered, I’m just a middle class nerd who wants to be a muso.’ That was how I made my living.”

It was the director of the enormously successful West End- and Broadway-showing stage play Matilda (for which Minchin wrote the music and lyrics, and which won a record seven Laurence Olivier Awards), Matthew Warchus, who suggested to Minchin that he didn’t have to always do “this winking thing”, and instead “just write the song that needs to be written for the moment.”

Minchin says it was a life-changing realisation, and he has taken the understanding to his voice itself – particularly for his stint in Andrew Lloyd Webber’s world-touring rock opera Jesus Christ Superstar (in which he played Judas in 2012-13). “[I was] getting more comfortable with my voice and realising I didn’t have to hate it,” he says. “The fact is that I don’t have vibrato, it’s a bit nasally, but it’s my voice, and I know how to tell stories with it, and I know how to tell the truth with it. I think a lot of singers spend so much time getting good at singing that they completely forget how to tell the truth.”

His voice, and the piano, remain the surest method for getting his truth out there – and Minchin sees those two things as equally utilitarian. “Pianos are for playing,” he says. “When I hire pianos around Australia, sometimes the hire company will turn up the second day to tune it, and they’ll find footprints on the lid. And all hell will break loose. They’re like, ‘How dare you stand on the piano?’ I’m like, ‘The piano’s totally fine. It carries 400 kilograms on its feet; me being on top of it doesn’t bother it one iota. And the audience love me standing on it because it makes them engage with the instrument more.’ Like, what is it for, you d-ckhead? Stop being so precious. I’ve actually had to tour my own lids.”

The understanding comes from the pianola Minchin played as a child (“My siblings and I, and my mum and dad, we’d have these very Brady Bunch moments where we’d all stand around the pianola singing along to these songs”), which he says was a very “mechanical, steampunk” entity to him. “It was an old boxy thing in the playroom, not a beautiful French polished thing with a vase on it. I felt passionately that people shouldn’t see pianos as objects – ‘Careful of the piano!’” he mocks. “[Pianos] – like people – are more meaningful because of the scratches and scars. The stories of the journeys they’ve taken are present on their skin.”

Apart Together by Tim Minchin is out Nov 20 via BMG/Warner. 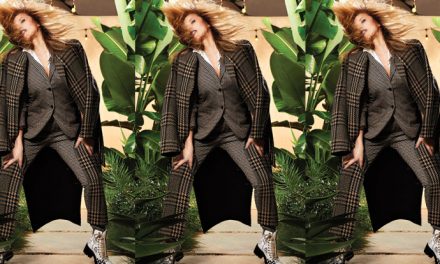 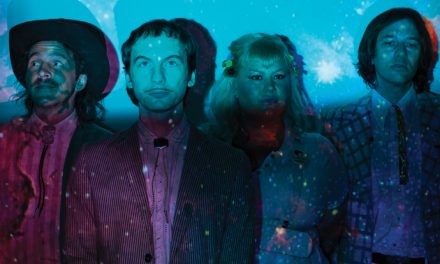 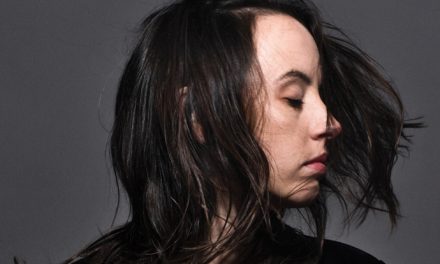