We speak with Phil Jamieson about the expanded re-release of the band’s hallowed debut album Guide To Better Living, and the massive 31-date accompanying tour. All parenthesed asides pertain to Jamieson cooking lunch for Davey Lane (You Am I) during our interview! 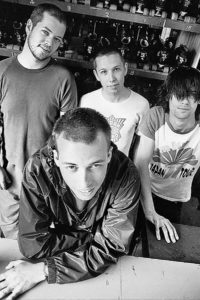 Phil Jamieson doesn’t “have a lot of affection” for listening to himself sing, nor does the self-deprecating vocalist have much serious faith in the fine-tuning of his own ear: “Even when we tracked Chemical Heart, I came into the recording studio and tracked the vocal and everyone’s like ‘Wow, that’s really good.’ I said ‘It is not. Really?’ I was so unimpressed with it,” he says. “And it became our biggest hit. It goes to show how much I know about f-cking recording, and what sounds good.”

But the Grinspoon frontman admits that listening back to Guide To Better Living – the album which put the four-piece on the map, and the 20th anniversary deluxe re-release of which is out this month – was an enjoyable exercise. “It’s just fun, it’s without pretention, it’s really cool,” he says. “I can’t wait to play it, it’s going to be really fun to play live.”

(“How do I tell when a frittata’s cooked? It’s like ten eggs, man. It’s a massive frittata. I reckon I can cook the sh-t out of this thing.”)

This special edition of the album includes an entire show recorded at New York’s punk ground zero C.B.G.B in ’97, another at Falls Festival, and some B-sides and rarities. It also comes with an extremely thorough booklet filled with photographs, memorabilia, lyrics and essays from each of the band members, and its cover is a scan of the actual notebook filled with lyrics and “scribblings from an 18-slash-19-year-old stoner” which Jamieson kept at the time. The first lyrics in that book are from the enduringly awesome Just Ace – and there’s a particular, controversial lyric we just had to confirm. “Definitely not ‘[Instead I had to] go c-nt,” Phil verifies. But then he considers the C.B.G.B recording in this edition, and hedges with, “I might’ve changed it… I was singing a lot in America at the time. I wasn’t a big fan of Americans, and they hated that word – they really hated that word. So my way of antagonising record company people was to say it or sing it on stage. So it’s quite possible. But in general, the lie is ‘Instead I had a go-kart’, ‘cause I tried to find my girlfriend and she wasn’t at home.”(“I think this frittata’s done. I’m pulling it out. I’m f-cking guessing though.”)

Jamieson believes it’s more than mere teen sentimentality which has widely ratified 1997 – the year Guide To Better Living was released – as one of the most special epochs in Australian music. “I turn 40 this year, so it’s easy for me to look back and be nostalgic about that particular era,” he ponders. “But there was so much good stuff happening in the early- to mid- to late-‘90s, especially propelled by triple j going national to all regional centres – that was a huge help for young bands like ourselves. All of a sudden it was all about You Am I, Spiderbait, Tumbleweed, Regurgitator, The Living End… and obviously Silverchair were the big dogs of all that. We were playing next to our heroes in a lot of ways. I’d been to the Big Day Out in ’94 and was in the mosh pit watching Silverchair and just loving it. Then within 18 months, we were unearthed by triple j. It was a big deal for us.”

The gargantuan tour on which the band have just embarked has prompted Jamieson to reflect on what made Guide To Better Living such an artefact, beginning with the distinctive, signature growl-yell that rolls through tracks like Black Friday, Pedestrian, and Post Enebriated Anxiety. “Y’know (Spiderbait’s) Kram, when he goes ‘Yeeeah all right’,” Jamieson asks, giving the growl a red-hot go. “I think I stole it off him,” he laughs. “But I did it more and more rarely as I got older. Now I’ve got to do it all again. I’m running every f-cking morning, dude, I’m trying to get as much lung capacity back as possible. It’s also getting that youthful aggression – that’s really important in this record. Also that kind of throwaway, ‘I don’t give a f-ck about anything’ attitude. But then I don’t want to think about it too much either, ‘cause the songs should be as fun as possible. It’s going to be tricky, but seeing people’s reactions to the tour announce and the re-release… there’s a fair bit of excitement, and that’s really reassuring and flattering. We need to bring our A game.”

(F-ck, is it cooked? It looks pretty f-cking baller, I’ve got to say. I can just lift it up and put it on the cooling rack now. F-ck yeah. It’s going to be sick.”) 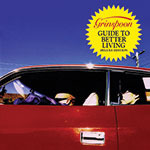 Guide To Better Living is out June 23 via Universal. 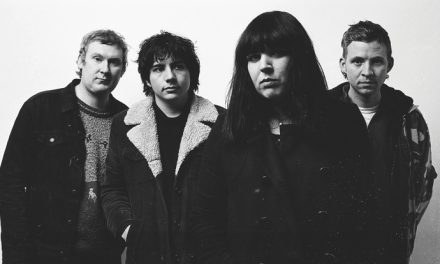 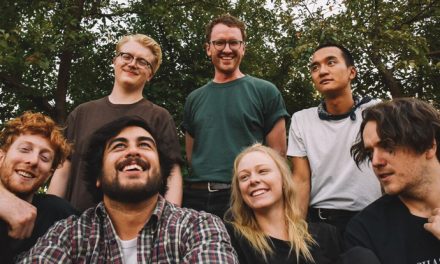