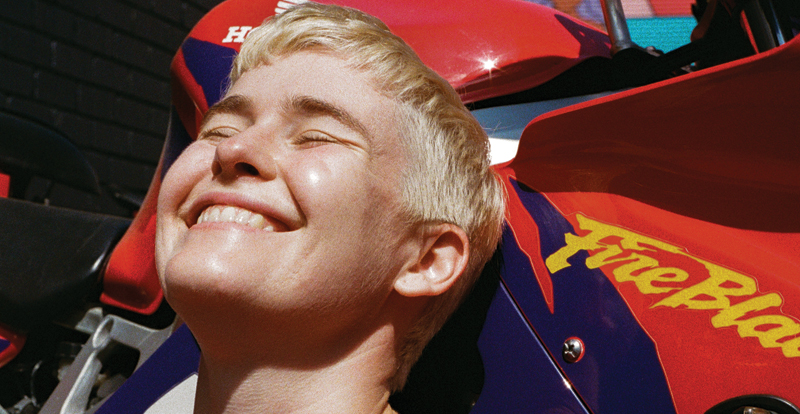 Ground control to Alex the Astronaut: a (space) probing interview 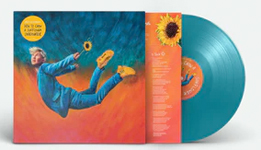 Alex the Astronaut’s music has always been about the simple belief that empathy is a gift worth sharing. Pair that conviction with personal revelation, and you get the Sydney artist’s magical sophomore album. We spoke to the musician about How to Grow a Sunflower Underwater.

When Alexandra Lynn came up with her musical moniker, she “thought it was kind of funny.” But in the five years since her debut EP it’s been extraordinary to see how the nom de plume has bloomed into such a perfectly fitting descriptor for an artist whose heart enjoys permanent residence on her sleeve.

“I think it would have been bad if I’d called myself Alex the Plumber,” she laughs. “It’s kind of a relief for me, that it worked. I’m very relieved. I’m happy it’s gone well.”

To be fair, both plumbers and astronauts venture into the mysterious, largely unknown places we regular folk rarely (want to) go, but ‘astronaut’ becomes more apt when you immerse yourself in Lynn’s music: confessional, brightly hopeful, melancholy, unabashedly curious, resigned, and observational, Lynn spacewalks to emotional frontiers and brings back stories for us to savour… which all end up feeling so very familiar.

Initially compared to Courtney Barnett and Paul Kelly, the 27-year-old has now – with the addition of her second full-length album How to Grow a Sunflower Underwater to her discography – entered a realm wholly the artist’s own. That’s doesn’t mean she’s shot through with confidence; just take a look at a May instagram clip in which she spins around a room choked with electronic equipment and yammers (in a tongue-in-cheek freak-out), “I hate these songs, these songs suck, and I’m bad at playing them, and I’m bad at pushing the buttons, and I hate it, and I suck!”

“Well,” Lynn chuckles, “I was travelling to England, and I had three days before a big showcase to learn all of this stuff – I’d worked with a music director on adding a bunch of things [to my songs] – and so – and I’m not being self-deprecating – I kind of suck at music. I’ve never been good at theory; I failed in school at music. “My debut [The Theory of Absolutely Nothing] came out in 2020… so there’s a whole backlog of songs I haven’t performed, ever! I had two EPs before the first album, three albums worth of songs – two thirds of which I’ve never performed live, and I’m not very good at guitar,” she laughs. “It was one of those moments! So I took a little video and put it on Instagram, and then everyone was asking if I was okay. I was totally fine, but maybe it came across like I was having a bit of a breakdown!”

If there’s anyone we’d have faith in to re-learn three albums worth of songs plus a bucketload of new pedals within three days, it’s Lynn – the girl’s no slouch. When she spoke to Triple J’s Unearthed in 2017, the then-21-year-old was studying maths and physics in New York, on a soccer scholarship, no less. “Most people say I should slow down and do one thing at a time, but I don’t think that works for me,” she told them at the time – words which now hit a little differently, after the artist’s Autism Spectrum Disorder diagnosis in May last year.

The revelation and its legacy permeates Lynn’s new material, most so in adorable uptempo pop treat Octopus. The track contains the lines, “Sometimes you might see some things I don’t,” which later flicks to “Sometimes I might see some things you don’t,” followed by the couplet, “Trying so hard to blend in/ I forgot that I might have something to give.” These gently probing admissions and reflections are what makes Lynn’s music so astonishingly relatable and comprehensible, something she’s not unaware of: see an April tweet which reads, “I’m autistic and I think everyone’s quite lucky to have me really.”

Of course it isn’t always, and hasn’t been in the past, so easy to view her diagnosis with unveiled optimism. “It was such a big experience to be diagnosed at 25!” Lynn exclaims. “Octopus was one of the weirdly more positive things that happened in that period of time, because it meant that I could understand myself a bit better, and actually cope with the rest of the things going on in the album.

“There are so many stories on the album that could be the prime single, but Octopus is about what it’s like to be diagnosed, and how you come to terms with it. What does it mean for your greater context in the world, and how do you understand yourself after that?”

She makes a point of adding that she isn’t the Grand Almighty Knower of All Things Autism, but maybe we ask musicians because they are particularly well-placed to describe things emotionally, using metaphors or straight-up observations – the kind we’ve noticed ourselves but never verbalised – that we connect with. “I think we understand a lot more from stories than we do from science,” Lynn agrees.

How else can we explain (without the help of Dr. Oliver Sacks, at least) the happy-sad see-saw of heartsick joy which comes from track South London, a nostalgic little romp with a sweet drum machine beat, gang vocables impossible not to immediately sing along with (“Didda-lit do/ Didda-lit didda-lit didda-lit do!”) and the heart-ripping lines, “So much changes, and so much stays”?

Lynn wrote it after revisiting the titular area in 2018, having not been back since the three-year stint she spent there when she was just ten. “It was really surreal, and quite emotional,” Lynn explains. “I’d moved overseas with my family, and I was scared! I remember getting there and being really confused because people told me there were beaches, and when I went to the beaches, they were sh-t! It was cold, it was this whole new world. Everyone told me that I would love it so much, and I felt like, ‘This sucks!’ But then when I left, I just cried for days. To go back ten years later was amazing; our street was the same, and the pond where my dog had chased ducks in – probably different ducks, they probably don’t live that long.

“But I think everyone’s had that experience, where they go back to their old school or something, and a teacher that you knew might still be there but your classroom’s been renovated or something, you know? It’s funny how that has such a big impact on you. What I’m trying to get at in that song is that it’s such a big deal for you, but it’s just a normal thing in everyone else’s day; everyone’s just walking around this place that is so special to you, but they’re just going to work. It’s a funny thing.”

How to Grow a Sunflower Underwater by Alex the Astronaut is out July 22 via Warner.

Tags: Alex The Astronaut, Alexandra Lynn, How to Grow a Sunflower Underwater 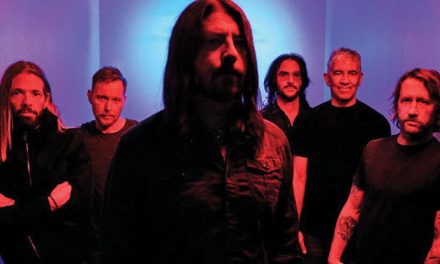 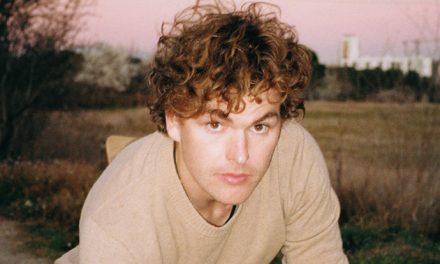