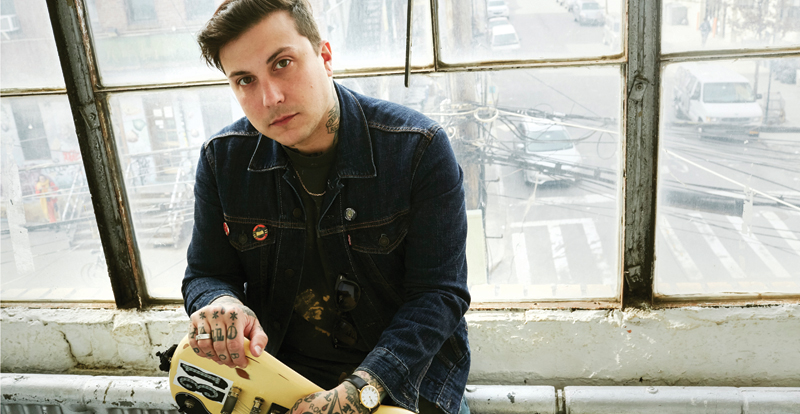 In considering the repeated theme of regret across this album, you’ve said: “You should know what it feels like to feel sorry.” Is it something you’ve always believed?

I don’t know if it’s something I’ve always believed, or something that I’ve learned over time. I think early in my life I fell into that mentality of ‘Live your life with no regrets, and blah, blah, blah’, and it’s very unrealistic. I feel like that’s a very immature way to look at things. I have many regrets over my 37, 38 years… or I don’t really actually, how old am I? I’m going to be 38, I think.

I think that’s good. That means that I’ve lived. I’ve made some mistakes along the way, and I’ve learned from them. I’ve grown, and evolved, and changed, and I think that’s the point to living life: having experiences. You’re not going to get it right the first time. You shouldn’t get it right the first time. You should know what it’s like to hurt someone, and to hurt yourself, and to feel sorry for that. I think that that’s kind of the point. The only way that you’re going to be able to get better.

You felt very strongly about placing A New Day Is Coming at the beginning of the album. It is beautifully optimistic – it even has a key change! Do you think there’s something inherent in the sound of a key change which symbolises hope?

You know, I do think that that’s a hopeful element in a song. When you have that automation when you move up into a different key… it inherently makes you stand up a little bit taller, and your ears kind of perk up. Yeah, there’s a point why music makes you feel a certain way.

That was thought-out, and planned. I love that that’s in there. I do think it’s a hopeful feeling when that key change happens, and the song is a very optimistic song. It’s about wiping the slate clean, and kind of disregarding the past, and realising that the next day is the first day of the rest of your life. That anything’s possible, and that’s really what I wanted to do.

I wanted to write a song like that, and I wanted that to be the first thing you heard when you put this record on. The idea that anything that comes before this doesn’t matter. This is the new chapter. You’re starting anew, fresh, and the idea that the future is unwritten, and anything’s possible.

In the Young & Doomed clip, there are really unsettling images of the bandmembers with smiling children projected onto their faces. Are these real photos of each of you as kids? What do you remember about your photo?

Yeah, they are. These are all pictures of every band member as a child, projected onto their faces now. I had this idea; it was one of those things where I didn’t know if it would work in real life. It just worked in my head, and it was one of those things that I bet really hard on it. I banked a whole music video on this concept of projecting on top of a band, and working a lot of the imagery through lighting, and projection. I was very, very lucky to have some amazing people working on the video: Steve Pedulla and my manager Paul, and a wonderful projectionist, and it worked really, really well. Some of the images of the children’s faces, blend into the adult faces, so creepily well, it’s very unsettling.

There’s an awesome little moment of musicianship in Great Party: when you sing “Your ticks are out of time”, your drummer answers by changing his pattern just for a moment, to a kind of slumped triplet. Do you often look for ways to share an idea across lyrics and rhythm?

Yes. That was actually one of those moments where it was very last minute. We tracked the song live – like we tracked all of the songs – to two-inch tape. Listening back to that take of the vocals, and listening to the song, I was like, “Oh, man, it would be great if here we could over dub a fill that feels out of time.” That’s what we did.

We had Tucker [Rule, drummer] go back in, and record that slurred triplet over that beat, and it worked really, really well.

I love that kind of shit. It’s almost like breaking down the fourth wall, where a lyric is said, and something in the background, or in the music, kind of emulates that, or goes against what happens there. There’s a couple of moments on the record that do that kind of thing, but that’s actually one of my favourites. I like that you picked that out. Thank you.

Piano is a big part of the album (the honky-tonk feel in Moto Pop, as an anchor in Ode To Destruction, the plaintive high chords in Great Party, the Dresden Dolls weirdness in Six Feet Down Under). What do you like about the instrument?

It’s a beautiful instrument. It’s the building block of so, so much instrumentation with melody, and all of the above. That’s an instrument that I learned very early on, and I hated my parents for making me take piano lessons, to the point where they probably hated me for taking piano lessons, and being so complaintive about it, and combative. They relinquished and let me quit, and ever since, I wanted to be in a band, [and] I hated that I quit playing piano.

Now I just kind of fumble with it, and I like to write on piano, but I’m nowhere near good at it. Kayleigh Goldsworthy, who plays piano, organ [and violin] on the record, is a phenomenal musician. It was one of the greatest additions to bring in someone like that, that could really play the instrument. I think that it’s an instrument that I’ve always wanted to work with, and write with, and record with. Very lucky that she was free, and it was great to work with her.

I could hear things in my head that I couldn’t really play, and she can. There’s so many things that make you feel differently when a piano plays melody. It’s a wonderful instrument. I love the voicing of it.

Six Feet Down Under has an absurdist feel to it: your sing-song spoken words, the weirdly cross-hatched drums, the vocal squawks. Is this surreal abandon a part of the feeling of not being totally convinced you came out of the bus accident (October 2016, in Sydney) alive?

That song is directly taken from a conversation I had with the insurance appointed therapist about my feelings after the accident. About how I’m not totally convinced what reality is. You have a near death experience like that, and I feel like your conscious kind of breaks off into a three-pronged approach.

One is, of course you’re happy that it could have been so much worse and you’re still here, or at least you’re still conscious.

Number two is, you realise that you’ve met death, and some people meet it once, and then that’s it, but you have now met death. You know what it feels like, what it looks like, you’ve stared it in the eye, and it’s turned its back on you, and you know eventually – maybe not when exactly – but you know eventually you’re going to have to meet it again. That’s a real troubling thought, because it’s hard enough to deal with it once. But to go twice is a daunting feeling.

The third and final feeling is that you’re not sure if you’ve actually made it. You wonder at times, what if this is just a manifestation of your subconscious. What if that’s what the afterlife is, is just this new reality that you are just kind of experiencing in your head? Or maybe it’s a different plane of existence. I don’t know, but the idea that your perceived reality is not the actual real life.

That’s a hard one to grasp, because no one can kind of convince you one way or the other. You just have to come to this feeling of acceptance, that no matter what it is, you’re experience it as real to you, and you have to make the best of it. That’s a hard one to grasp, and that was probably the hardest song to have to write for this record, but I knew it was something that I had to address. That song should feel like a very absurd and crazy dance. I wanted it to feel a bit like I Put A Spell On You, by Screamin’ Jay Hawkins – this weird feeling of hell on earth type deal. I think we accomplished that very nicely.

Barriers is out May 31 via UNFD. 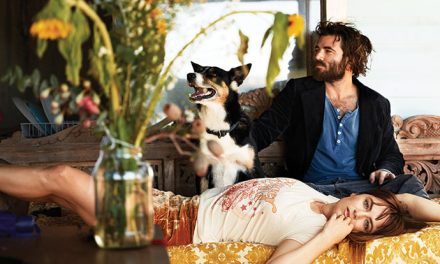 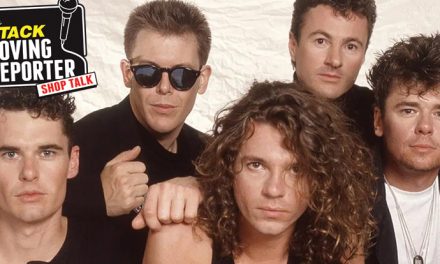