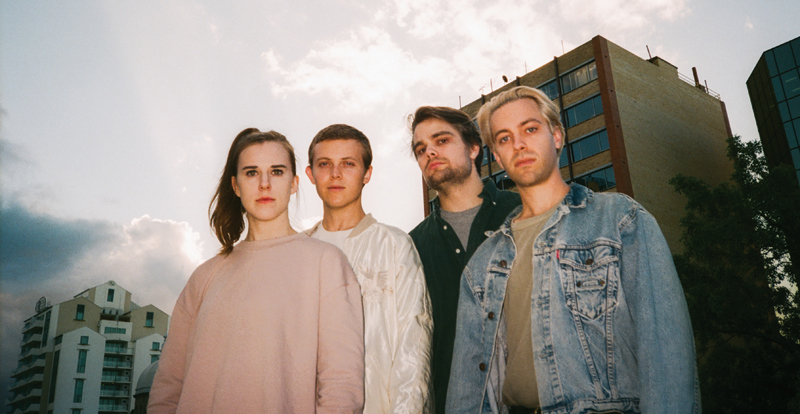 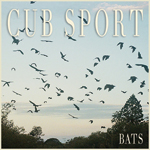 Bats are very symbolic creatures, figuratively connected with a hundred different things. For Tim Nelson and Sam Netterfield, the animal started as a prosaic link to Cub Sport’s new release – the couple were living just up the hill from an enormous bat colony (depicted on the album cover) as Nelson wrote the album – and the symbol expanded in step with the scope of the record.

“There were thousands of them, the whole way down the creek,” Nelson smiles. “Every evening we’d take the dogs for a walk and stand on this bridge over the creek, and watch them all wake up and fill the sky. It was so beautiful.” Netterfield adds: “The bats were a constant, amid everything else. They were something we experienced every day… they tied the whole thing together.”

‘Everything else’ could be the Brissie four-piece’s flourishing fan base, high rotations on triple j, last year’s Hottest 100 placement (Come On Mess Me Up), or the fact the story of Tim and Sam’s coming out and blossoming romance (the two recently engaged) has captured Australian hearts. The lyrics to the album’s title track say: ’I like this time because it reminds us we can be anywhere, it doesn’t change us, nothing can change us now’. Explains Nelson: “[Sam and I] got together in the middle of last year, and I tried to capture the excitement and energy and warmth of being in love. And it felt like the central theme of the album.”

“The response that we’ve had from young queer people just thanking us for being open, I feel like that’s the most exciting thing we’ve ever achieved as a band”

This important personal progression for the couple has infused Bats’ tracks with the sweet ache of new freedom, and shows the group have expanded enormously in the two years since their highly acclaimed debut This Is Our Vice. First single O Lord is like a canticle in its beauty, but Nelson says there aren’t any latent slivers of Christianity – the religion which he and Netterfield grew up practising – in its sound.

“I don’t feel like I’ve carried any of that on,” he says. “I feel like letting go of all of that, and embracing who I am, was the place that this album came from. I guess sonically, O Lord does sound pretty gospel, and I don’t really know where that came from. A couple of things on the album I thought about changing after I’d written and recorded it, and then I thought ‘No, I don’t want to dilute what it is, to try and make it more digestible. That’s what came to me in the moment and that’s what I was feeling, so I want to run with that.’ That’s how I felt about all of the songs.”

Netterfield adds: “Something we realised very early on, as Tim was writing the music, was the whole notion of things being unedited. Just the first try – pure. It was pretty important to us.”

Amidst their adopted position as advocates for gay rights, the guys say they never felt pressure or responsibility to address gay issues – the motivation just developed naturally. “We came out comparatively late, to a lot of people,” Netterfield says. “And the second we did it, it sort of clicked: ‘Why wouldn’t we help people get there sooner?’ It was never a conscious thing, like ‘We feel like we have to do this’, it was just something we wanted to do. If we can help anyone reach that point five or ten years earlier than we did, then we want to try.”

Says Nelson: “The response that we’ve had from young queer people just thanking us for being open, I feel like that’s the most exciting thing we’ve ever achieved as a band. Being able to help young people start loving themselves… I guess with the religious upbringing there was a lot of shame and self-loathing for such a long time. It was quite a journey to get to a point of accepting myself, and then further to that, actually loving who I am.”

Bats is out now, independently. 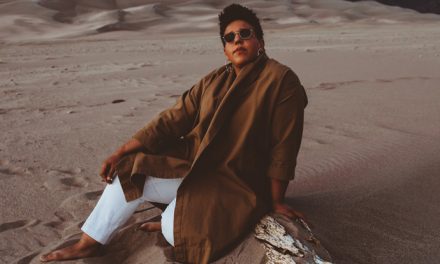 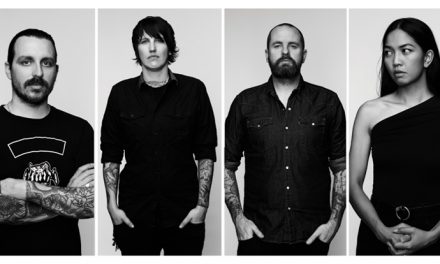