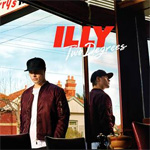 At a bus station near Monash University Clayton during the ‘00s, there used to be a big ugly piece of graffiti that said ‘There is no emoticon for existential dread.’ “That sounds like Monash Clayton – I went there,” Illy chuckles.

On the surface it’s kind of parallel to a line in the rapper’s new track You Say When, which goes: “Ain’t no emoji for the feeling.” The sentiment is similar – you can’t boil complex emotions down to a little short-hand image – but Illy’s version is full of the joy that comes with partying with your partner in crime.

Camaraderie is all over the hip hop artist’s fresh album Two Degrees, and Illy describes the way the guests fell into place as occurring with “a whole lot of air-punching” – particularly when it came to single Papercuts, which features the celestial voice of Vera Blue. “I had [the Papercuts demo] with me on the hook for a few months, and was at a long-time collaborator of mine’s wedding earlier in the year… Vera’s manager [was there]. I said ‘Here’s this track, do you think Vera would be down for it?’ The next day we all sobered up, and in the cold light of day it was still a great idea, so I reached out to her and she hit back saying she really liked the track. It was crazy ‘cause [it] had been there without the right vocal for quite a while at that point.”

Also nailing his guest slot is Mike Waters, whose very first take on Extra Extra was the one Illy decided to use. “He’s just sort of getting started in his career but he’s super talented. I’m sure he’s going to make some noise next year,” Illy says. Next to Waters’ beautiful melody, Illy’s lyrics are full of the little colloquial markers we love (“We go together like PB and celery”), and sometimes subtle, sometimes super-warped variations in vocals pop out, courtesy of revered Australian producer M-Phazes. Truce features a beautiful, spectral organ intro, which Illy also attributes to “the creative genius mind of that fool.” He admits he’s a bit dense when it comes to the technical aspects of production, but the partnership between these two men (who worked together on Illy’s last album, the ARIA Gold Cinematic) is rock-solid: “I trust him pretty much entirely,” he says.

Two Degrees also sports some intriguing international fingerprints. The incredible beat in Lightshow – with syncopated snare and tambo all rolled into a very Fool’s Gold feel – was written by British producer Cat Crazy. “It was made in a warehouse in the English countryside,” Illy explains. “Every time I hear this track I have this really vivid memory of barrelling down side streets in Essex with this dude. We made a handful of tracks, and this one made the album. It was that early ‘90s feel to it.”

Emoji-wise, the whole album is sort of ineffable – but it turns out Illy’s own most-used emojis are actually a pretty faithful reflection of its vibe. They are: “The one where your index finger and your thumb are in a circle and then there’s three fingers up… is that ‘Okay’? And the cry-laughing one, and the 100.” Perfect.

Two Degrees is out now via Warner. 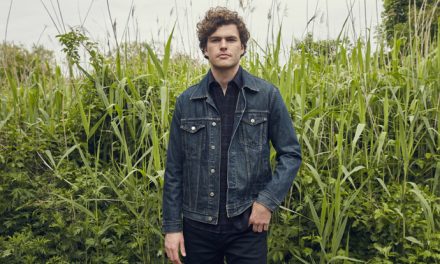 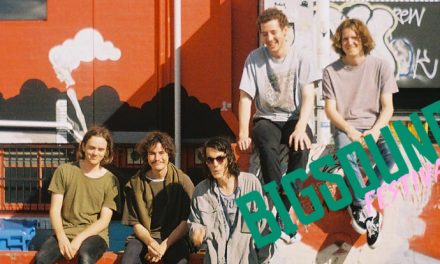