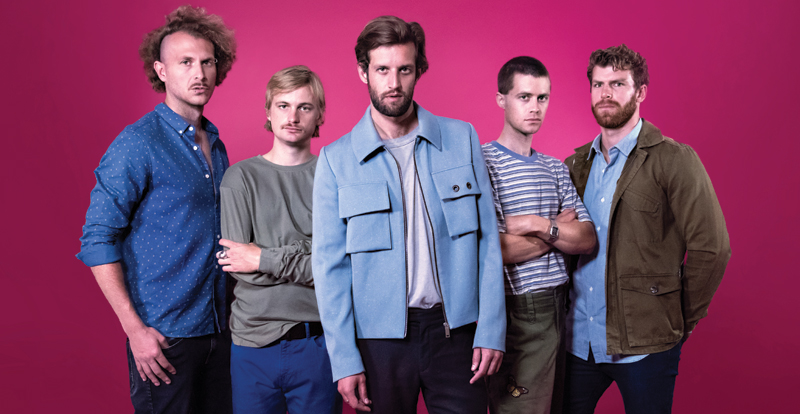 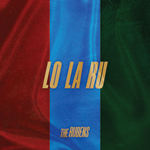 Keys player Elliott Margin explains how The Rubens’ bunkered recording life let them pursue the sounds they knew they wanted to explore on third album LO LA RU – even if their corner seemed already carved.

You recorded the album in a converted WW2 underground bunker. Was it a complete Doomsday Prepper situation with a filtered air system and what have you?

Well, it’s pretty much just everything how you imagine it: a big, long, concrete, half-cylinder thing. beside a river, so half of it’s buried underground. It used to be empty, but Jimmy, the guy who lives there, over maybe 10 years has been renovating it and building it up. It became a party space and then a rehearsal space, and now it’s become a recording space. It’s pretty ideal for a band to be able to bunker down and make music and be in your own little world and still, for us, be so close to home.

Is there a skylight in the bunker, or was there no environmental indication of what time it was?

There’s no light in there. I think the adjective for it is ‘bunkerised.’ So you go in and you come out and you don’t realise it’s been dark for a lot of hours, and you’ve been in there since the morning. It kind of messes with you a little bit. But there’s a crew working on music together and creating and having fun, so it wasn’t too arduous. The fun part was, we had really, really long days there. We’d have time to do experiments and kind of go down a winding path – because you’re not working on a studio’s hours. You’re just working on your own hours. You have the luxury of being able to do that.

‘LO LA RU’ is a fictional nation, and its flag is your coverart. Have you thought about a coat of arms, or a currency?

We have. When we first came up with [the concept], we were spitballing ideas – how far deep into this do we want to go? Do we want to have a national anthem, do we want to have a Constitution? Do we want to draw a map of this place? Then we were like, no, this is going too deep. Because it isn’t a concept album; it’s a reflection of the good time we had making this album, the world we’re in making this album. We had to stop ourselves and take a step back, probably just before we made a coat of arms. I imagine if we had to throw together a coat of arms, it would have Wilder [Zoby] and Torbitt [Schwartz, producers] – their faces would be on there somewhere. And then probably Cruiser the dog, that lives in the bunker. And a couple of tinnies.

The possible reason these tracks are so sing-a-long is that the vocal melody matches the guitar melody (Caspar, Go On). Is it a trick you were aware of developing?

I’m not sure. For us, it’s often a writing tool. When you’re working on a song and you have a melody stuck in your head but not necessarily lyrics, you’ll play that melody down onto the demo, either by guitar or keys or whatever, and that will be the thing that you can build on eventually before you start getting the lyrics together. It’s a nice little reinforcement of the melody. But yeah, I never realised it was a Rubens thing.

Stand-out track Freakout starts a capella and then slowly adds elements in a row: the tickering beat, then piano, bass, horns. Did you map out a blueprint for its construction?

Yeah. Sam had the original demo for that idea for a while. Eventually he brought it to us and was like, “So, I’ve got it to here.” His vision was to get it to that point eventually, but we weren’t quite sure how to get it there organically. It was just about riffing on it and building on ideas and saying, “How about this? Would this work here?” and then “What about here?” Eventually we had a solid demo. Often it [happens that] you’re hearing something in your head but you’re not quite sure knowing how you’re going to get to that point, and then it’s about collaborating and working on that together.

When you’re collaborating on those ideas and have to find a way to communicate them, do you use your own made-up language of noises?

We spend a lot of time making drum sounds at each other. I’m terrible, I can’t drum, but I might have an idea for what I think the drums should be doing, so I’ll have to try and sing them at Scotty. I’d be too embarrassed to try and sing at you right now. Trying to air drum and look really unco, but sing some kind of drum beat at Scotty while he’s on the drums… he’s very good at interpreting what we’re singing at him, and making it sound like an actual proper beat.

The R’n’B and hip hop influences you began to explore on Hoops are expanded here. Why did you decide to follow through so deliberately on them on this album?

I think starting out as a band, you don’t really know what it is you’re going for. When you start the band and people start coming to shows or writing about it or talking about the sound that you have, that’s probably the first indicator of what your band is. You probably start to read: Rock band. Rock band. And in your mind you think, okay, so I guess we’re a rock band. That’s a line you have to kind of tow. But also, we love R’n’B and hip hop. It’s still an evolving thing, where you find things that you’re allowed to do and push the boundaries. You want to be able to make just the kind of music that you want to make.

It’s about getting yourself in the right mental state where you are going to create something that you want to create. Doing interviews like this – after the record’s been made and you step back from it – it’s probably the first time we think critically as an outsider, and look back at the music, and see it in context compared to the first few records we’ve done. Which I think is a good thing – it means we were immersed in it. We were in that little world just making the music we wanted to make.