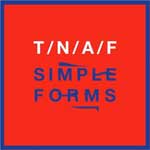 The whimsical, soothing voice of The Naked and Famous’ euphoric hits is owned by frontwoman Alisa Xayalith. She takes control of the microphone, caresses the keyboard and ultimately helms the band’s third album, Simple Forms.

Three years on from the release of sophomore album In Rolling Waves, Xayalith believes Simple Forms constitutes the group’s most poppy record to date, in terms of production and arrangement. “I [think it’s] more immediate, very vocal,” she proposes. “There are a lot of songs on there that demand a lot from me vocally. But I’m super proud of it. It’s the most immediate thing that we’ve ever done.”

The blissful New Zealand band has called Los Angeles home for many years now, but they have not let the location change affect their musical prowess. “Making music for me isn’t about my direct environment; it’s about an emotional connection,“ Xayalith explains.

It was facing these powerful emotions – erupting from a worrying hiatus – that helped bring the cathartic album to life. “We’ve been in this band for 10 years and when we came off tour, at the end of 2014, everybody was just so burnt out, mentally, physically,” Xayalith admits. “And in that break, everybody realised just how important this band was… focusing on songwriting [and] driving ourselves into work again was a very triumphant outcome after [the] emotional roller-coaster that we came off.”

The album’s lead single Higher formed part of the band’s recent Austin City Limits set, but don’t expect to see Xayalith herself in any giant crowds. “I don’t go to festivals, I’m a grandma!” she laughs. “It’s always been really satisfying, going to see my favourite band and then hearing them play one of my favourite songs exactly how I imagined it to be.

“For instance, I saw LCD Sound System play at Big Day Out a couple of years ago [2011] and I loved them, and they played every song perfectly, note for note. I love that: when bands do such a great job of representing their recording live.”

And that’s exactly how The Naked And Famous want to be able to perform: full of life, and physically connecting with every note the audience is hearing. “So many electronic bands just have music on track and they just press play and away they go. It’s not very interesting,“ she says. “So we always made a point that everything we play can be played by human fingers, and we actually play the sound that you’re hearing. It just feels more rewarding.”

The Naked and Famous will be touring in January 2017 – check out their tour page for more info.

Simple Forms is out now via Island/Universal. 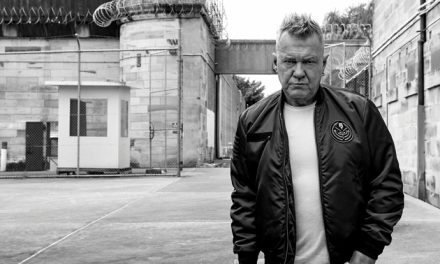