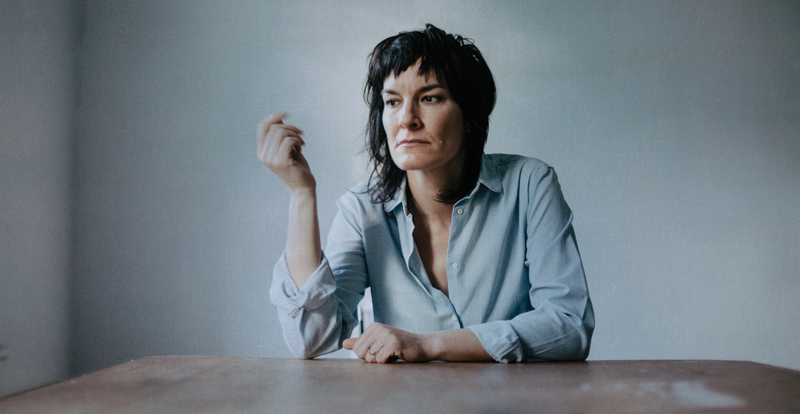 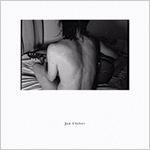 The inimitable Jen Cloher answered our questions about her gorgeous new self-titled album.

In album opener I Forgot Myself the lyrics go “I was Feelin’ Kinda Free, now I’m Desperate” – I think you are referencing two awesome homegrown albums here! What do you love about them?

Nicely spotted! This album is a love song to Australian music both past and present. I’ve tried to sneak in as much as I can for the music nerds without alienating anyone who isn’t one. I love both of these albums for their passion and bravery. I was listening to The Drones’ Feelin’ Kinda Free while I was writing this album. I was inspired by Gareth Liddiard’s unflinching commentary on Australian life.

There are a couple of tracks which reference the physical and emotional distance between yourself and your partner Courtney Barnett, whose music career took off in the last couple of years (congrats!). Did you write about these feelings to deliberately organise them?

Absolutely. All of my albums have been candid portraits of whatever was happening in my life at that time. I love artists who tap the richness of their life and share it openly. Sun Kil Moon’s Benji was an album that affirmed how powerful that can be for the listener. Laura Jean is another artist who isn’t afraid to tell the truth. Courtney went on an incredible career trajectory in a four year period which meant lots of time apart, sometimes up to three months at a time. We didn’t see much of each other! Which isn’t great if you’re trying to be in a relationship with someone. Breaks seldomly come for women songwriters in this country so I was very excited and proud for her. I think a lot of us in the Australian music community were. Her success made things brighter for Australian music overseas.

Looking at that distance from a professional viewpoint, The Great Australian Bite laments the money and energy Australians are forced to inject into their artistic efforts to be recognised by the international Big Dogs. Do you think there’s room for this state of things to change?

Definitely. I think the tide is turning and more and more Australian artists are finding a way to international markets. This is a vital step as sustaining a career in Australia alone is kind of impossible. We don’t have the population to support it. The digital age has helped to bring the world closer (in some regards) and this has been a huge break for music. It’s still not cheap to launch those first few tours overseas but knowing that there are people listening is encouraging.

In this song, your guitar chords ring out then kind of slowly sink; their pitch drops its head as if they’re exhausted, mimicking the way you deliver the sometimes-spoken lyrics. Was it just how your playing came out when you were thinking about these things?

I guess I was trying to find a musical way of plodding. To demonstrate an almost convict existence for our artists. Stuck down here at the bottom of the earth trying to break free! It sounds dramatic but it’s true. So many great Australian bands have tried to make that journey overseas and failed. The financial, physical and emotional strain can be enough to break bands up. I’m acknowledging the hard work of those who have come before us. They may not have been able to break into new markets in the way they might have wished but they paved the way for artists like Courtney, Flume and Tash Sultana.

You create some really vivid imagery in Regional Echo (reminds me of that ‘Fruit Bats’ installation by Lin Onus); were you writing about a specific place in Australia?

I had never seen the Lin Onus sculpture before but I love where he is coming from. ‘Regional Echo’ is a line stolen from a Les Murray poem. It kind of sums up the sense of space and isolation, the humdrum conformity of growing up in a small town. I grew up in Adelaide which feels more like a regional centre than a bustling metropolis, so a lot of the imagery was sourced from my childhood. It’s a bigger metaphor for Australia as a whole. We aren’t taught to dream big in this country. White Australian culture doesn’t celebrate aspiration.

In Sensory Memory you play around with the expected ends of (lyrical) phrases, and the rhythm reflects that too, where you start a new line before the current bar is up (like a lead-in, I guess). Did that pattern come to you straight away or did you do some experiments to come up with it?

This song was a lot fun to write. I stumbled upon the cyclical riff one morning at home. Apparently the timing is similar to a lot of traditional Chinese folk music. We recorded the album with Greg Walker who is a fan of Chinese musical instruments and has spent time travelling there. I’m pretty sure he even speaks a little Cantonese. He noted that the song sits in a pentatonic pattern which lent itself to the lyrical idea of the last word in each line being the first in the next. I guess it suits the song which is about the routine comfort of home life (and life on the road). Being caught inside cosy, prescriptive patterns.

Shoegazers has some pointed words for music reviewers and critics. Have you had any particularly godawful experiences with critics?

Artists never get to respond to critics reviews which has always seemed a little unfair to me. Especially when a critic doesn’t get what you are saying. There is nothing worse than your work being misinterpreted or dismissed. But Shoegazers is about all of the critics out there who leave reductive comments underneath someone’s art. When I see that on Facebook or Youtube, I always think, why don’t you go and make some music then? Take a risk and put yourself out there, instead of hiding behind the anonymity of the internet.

You use the Maori for ‘Be strong’, ‘Kia kaha’, in Strong Woman – how did you get to know the phrase?

My matriarchal line is Ngapuhi so I grew up hearing Te Reo (Maori language) in our house. The song is about the strong women role models in my life growing up. My mother Dorothy especially, who was a force. There’s a line in the song: “Proud my Mother wanted respect more than love.” Looking back I can see the sacrifices my mother had to make professionally that my father never encountered. Subtle sexism or not so subtle! People didn’t like a woman who was prepared to stand up for her beliefs or ambitions. Women aren’t encouraged to be powerful in this world and when they do, well, just look at Gillard and Clinton.

What is the sweet, boingy, keys-sounding instrument which plods that single little melody over the chorus of Waiting In The Wings?

That’s some Greg Walker magic. He does this cool thing where he plays the same note on a fuzzed out guitar, piano and violin and when they’re mixed together it creates this wonky sound. Anyone who’s a fan of Greg’s work as Machine Translations will hear his influence poking through a few of these songs.

Loose Magic is a bow to the Dirty Three. When was the first time Sue’s Last Ride messed you up?

The first time I saw the Dirty Three was in Sydney at The Metro around 1996 and it floored me. I’d been listening to Horse Stories (who wasn’t in 1996?) but seeing them live was next level. They are one of the world’s great rock bands. Period. It was electrifying, intensely emotional music. And always just sitting out on the edge as though it could fall over at any moment. That takes a lot of bravery as a musician, to let go the way the Dirty Three do. I’ve seen them many times since but the last time was at Sugar Mountain festival early 2016 in Melbourne. I was standing side of stage with Courtney and Adalita and I saw the audience react to their music. People had snot and tears running down their faces, it was intense and beautiful to see how powerful music is. Nothing else can reach that place. And I just fell in love with them all over again, came home and wrote a song about them!

Jen Cloher is out August 11 via Milk! Records – available at JB on both limited edition pale blue vinyl, and CD. 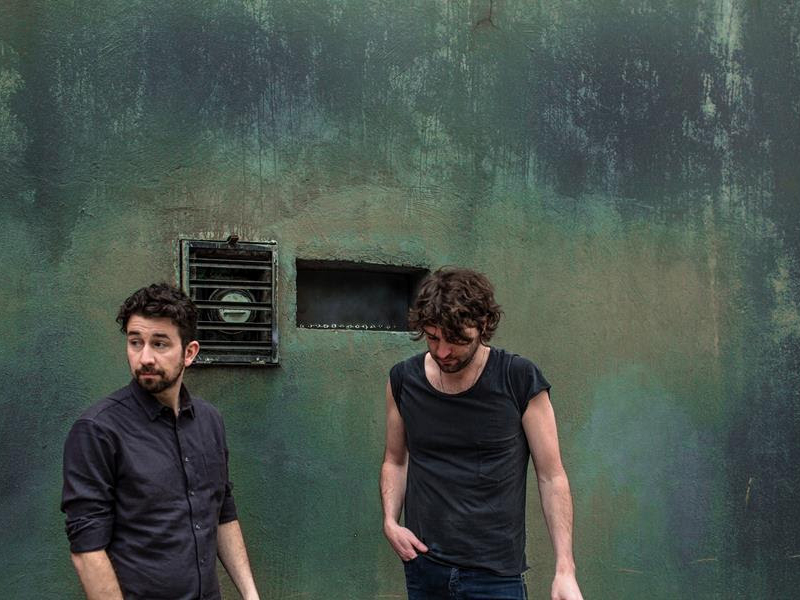 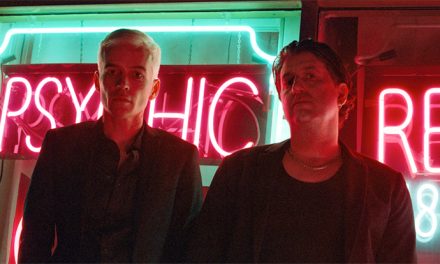 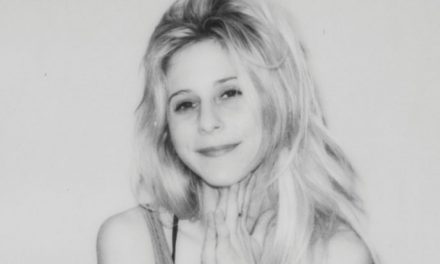 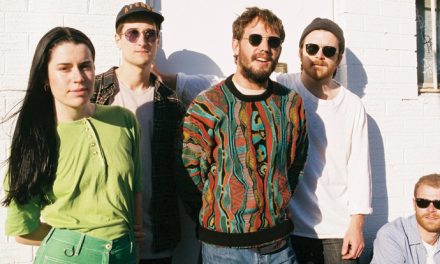