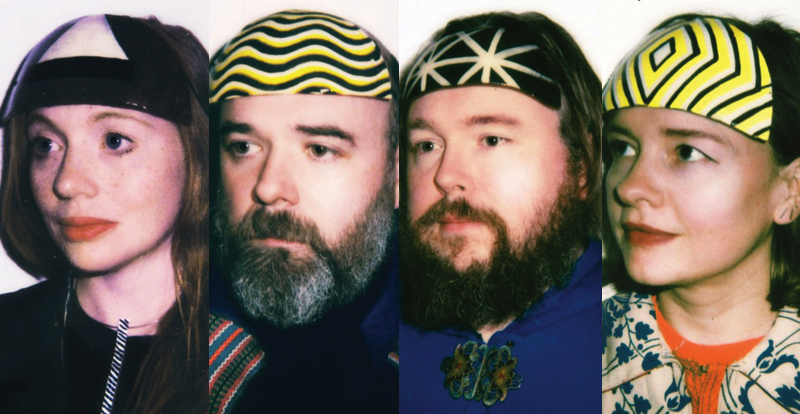 Music as a Mobius strip: A chat with Hen Ogledd 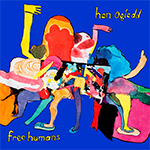 When it comes to plumbing the idea of non-linear time, aural uroboros four-piece Hen Ogledd leave Rustin Cole in the dirt. The first clue that the experimental alt-pop outfit are into messing with the traditional idea of chronology is their bandname; it’s the Old North word for a region encompassing southern Scotland and Northern England between 500 and 800 AD.

Second comes the fact co-founder Rhodri Davies is a harpist – a wildly free-improvisational, interested in destruction-and-creation installations, but nonetheless harp-playing harpist. It’s an instrument which has a seemingly solidified role in traditional music, but from early on, Davies saw that as a challenge. “I was certainly bored by the standard harp repertoire that I encountered when young, and that propelled me into looking for alternative ways of playing the harp,” the Abertawe (Wales) musician says, adding that he found the history of experimentation with the instrument was “largely an untapped treasure trove,” despite Alice Coltrane, Zeena Parkins and Anne Le Baron breaking ground before himself.

The harp on Free Humans – the second album from Hen Ogledd, after 2018’s widely acclaimed Mogic – emerges in many guises: its sweetly inquisitive electric patter meanders through button-cute single Trouble, and it ripples in the meat of the enormous build-up towards the end of Remains.

It’s part of Hen Ogledd’s brilliant melee of talent which also includes Dawn Bothwell on glock, synth and drum machine, Sally Pilkington on synth, keyboard and pipe organ, and Davies’ fellow co-founder Richard Dawson on bass. Together, their ideas traverse climate change, philosophy, natural history, a nine-foot marsh-dwelling fellow named Paul, and so much more. They’re all vocalists, and they all contribute ideas. “We all have different approaches,” Davies says. “I find myself somewhere in between [offering fully-formed songs and songs with room for improvisation], because, despite years of working with improvised and experimental music, Richard enjoys goading me into writing a ‘proper’ song and of course I feel compelled to prove to him that I can do it!”

The third clue – if you needed another – is lyrics, and their often contradictory relationship with sounds. “Those were the best days of my life/ I was a singer in a band aboard the first of the cruise ships/ touring the seven planets,” goes Crimson Star, suggesting both past and present at once. Then there’s Kebran Gospel Gossip, which pulses with boinging little cosmic beats and bass, and strange, tinkling glock, while Dawn Bothwell offers: “Fifteenth century… GOSSIP!” The last word is delivered with amusing theatricality, and it’s not the only example of the witty veins running through the album. “[Humour] is maybe one of the only tools we have to combat all the negativity and hatred around the world at the moment,” Davies says.

The joys of auxiliary percussion are sprinkled all over Free Humans (“carrot and celery bites” are mentioned in the liner notes), and Davies makes special mention of saxophonist Matte Rasmussen and sound artist Lee Patterson. “He supplied his recordings of sphagnum moss and burning peat,” Davies explains. “For Mogic we had the brilliant [Australian] Will Guthrie drumming with us, but for the new album – and who knows why we thought this would be a good idea – we decided that it would be interesting if we performed all the percussion ourselves! This was not at all a comment on Will’s playing as he is an exceptional musician; you should check out his new solo album Nist Nah on Black Truffle Records!”

He acknowledges that “alternative approaches to time” (as Dawson has described it) is “a thread that weaves through [their] music”, and he offers a remarkable example in the gorgeous afore-mentioned track Remains.“ I looked into the history of the Vocoder, mainly because it is a much maligned device [see: autotune] and I had an inkling there was more to it.” He was right. “It actually has a fascinating history, and was developed by Homer Dudley in 1928 to synthesise human speech at Bell Labs. It was introduced to the public at the 1939-1940 New York World’s Fair with the Voder (or Voice Operating Demonstrator) saying the words “Good afternoon, radio audience.” We used this speech at the beginning and end of the song. I like this voice from the past, which was at the time a futuristic phenomenon, appearing on a song today. A way of squashing time.”

Free Humans by Hen Ogledd is out September 25 via Domino. 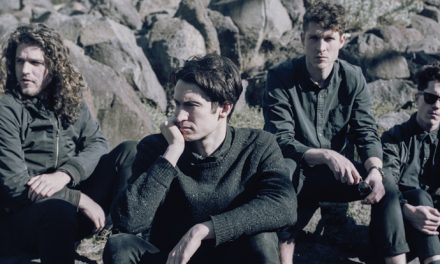