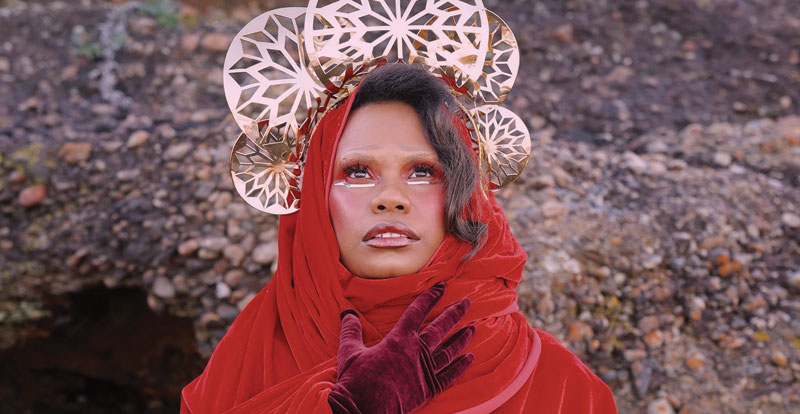 “This is me as a creator rather than just a musician”: Ngaiire talks new LP ‘3’ 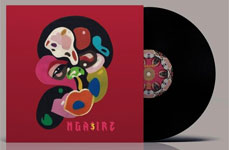 At once grounded and ethereal, Ngaiire’s third album slips listeners under its silken wing by way of seductive beats, inescapable melodies, and a wealth of stories delivered in the inimitable vocal of one of our undeniable national treasures. We spoke to the singer-songwriter about the mesmerising 3.

In 2017, a year after the release of her second album – the award-winning Blastoma – Ngaiire began what she thought of as her ”first big art project.” She planned to head back to her native Papua New Guinea, seek an active intermingling of her culture’s artistic expression with her own twitching creative muscles, write a bunch of music throughout the experience, and then present her baby – her third album – to the world.

What actually happened was a “very expensive therapy session”, as Ngaiire describes the jaunt in the album’s Mission Statement, which is a confronting, devastating, hilarious, and flat-out astonishing piece of writing. That epoch of discovery delved into how women of colour find themselves performing the harmful but necessary-to-survival practice of ’code-switching’, along with the tumults of BLM, the pandemic, and the birth of Ngaiire’s actual human baby, which nearly killed her.

That’s not an understatement. One of the album’s stand-outs is the transcendent Him (surely not an accident the title is a homophone for the song of praise?), which Ngaiire explains is about her son Nadav (’Dovey’ for short), who was born almost three years ago. ” [Him] is basically about probably the darkest time of putting the record together,” she says, ”where Dan [Segal, producer, and Dovey’s father] and I had to have a conversation about whether I was going to make it through full-term pregnancy, or whether Dovey was not going to make it. So we had to start to ‘organise our affairs’, so to speak.”

By the time she came to write the track, however, Nadav was three months old – and his reaction to the song’s gorgeous, auspicious-then-resigned piano chords and rich melody confirmed to Ngaiire that she’d struck a seam of gold. ”My mum was helping Dan and I out with stuff at the time, so I could finish the record,” she explains, ”and she said, ‘I’m going to have to take Dovey out of the house, ‘cos he keeps crying every time you sing this song!’ She was tearing up as well, so that means I’m on the right track! ’Everyone’s upset: good,’” she laughs.

3 has emerged as a project that’s much more than the sum of its parts – “This is me as a creator rather than just as a songwriter, musician, artist,” says Ngaiire – because adjacent to the songs is an attention to costume, movement, and a certain cinematic scope (see: the mini documentary for Shiver, which follows Ngaiire home to Goroka in PNG, for the funeral of her grandmother).

The way that costume and design interlock with code-switching is something Ngaiire has come to comprehend deeply. ”Sometimes there’s huge conflict around costuming,” she says. ”Especially for me, as an artist who’s had to figure out how to survive in the industry as someone that’s not necessarily a conventional, black artist – which is a thing. I’ve always loved costuming and fashion from such an early age… and also growing up in a culture where donning a headdress, or donning war paint… is very ceremonial, and it’s a source of pride. So, [growing up] in Australia, I’ve had to find different avenues to create that culture for myself, and I think that extends to costuming as well. There are times when I do hide behind my costumes, because I am an introvert… I need that extra boost to get up on stage and perform in front of everybody.”

The costumes on display in the series of videos so far release for 3 are next-level. In the clip for pulsing beauty Closer, dancers in full gloves, fishnet face-coverings, bare chests or rippled tulle outerwear and ominously wide-brimmed hats perform strange ritualistic moves. Ngaiire herself is like a flower out of the Shimmer, in full white bodysuit with bursts of pink, blue and yellow structural flourishes. Ngaiire undertook all the costuming and design, with a team of assistants and her choreographer Sela Vai on hand.

“You know what? It was such a learning experience for me because before that video, I’d never been that hands-on,” she says. “It was such a big quest for me… I learnt quite quickly that I needed the costumes fitted to be comfortable enough for the dancers, to be able to move in. We had a very limited budget, so there was not much room for error.”

“I’ve never really given myself permission to really exist outside of the confines of what a visual music artist, especially in the contemporary world is, so I think that there has been a lot of life lived in-between the four years I’ve put in the album together; obviously having a child’s been one of those big things but you know this is the start of me just owning that, I guess: me as a creator.”

By contrast, the incredible outfit Ngaiire wears in the video for sauntering R’n’B belter Boom came from a comparatively simple inspiration. “It’s called a Lipstick Plant,” she says of the blooms which adorn her hair, eyebrows and shoulders. “It’s a beautiful tree that has these red pods. It was growing at my Mum’s house, and I was just really drawn to it. I said to my sister, ‘I want to make something with it’, and we ended up just pulling off a bunch of them. They’ve got this beautiful pigment, and seeds inside that are crushed for traditional paint. It was really fun to re-discover something that I’ve grown up with, but never really looked at as a source of creativity.”

3 by Ngaiire is out Aug 27 via Dot Dash/Remote Control. 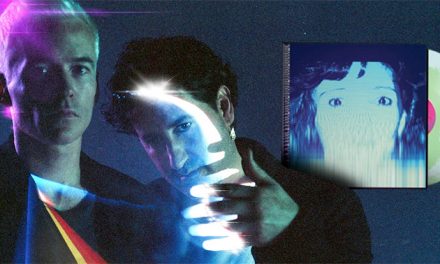 “Don’t put your cat on it”: Turntable advice with The Avalanches