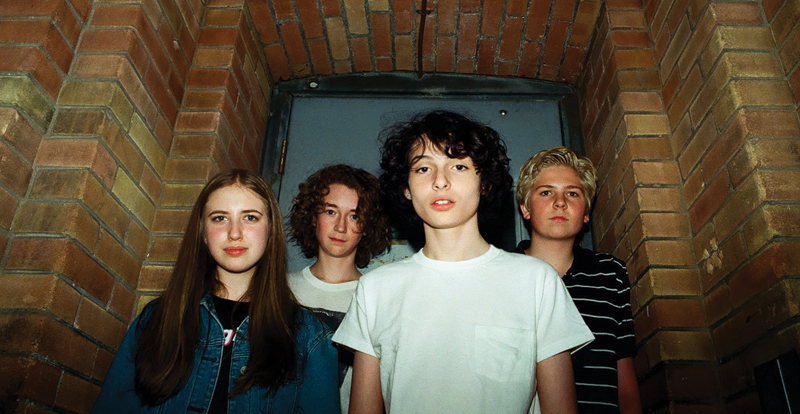 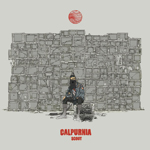 Canadian pals Finn Wolfhard (Stranger Things), Ayla Tesler-Mabe, Jack Anderson and Malcolm Craig are all aged between 14 and 17 years old – but their debut EP Scout (recorded by Twin Peaks’ Cadien Lake James) has a deeply seasoned soul of ’60s fuzz and jazz-rock, with a Sgt. Pepper’s cherry on top. We put some questions to Anderson and Tesler-Mabe.

Everyone in the band obviously each loves playing their instruments separately, but you all mesh together so well. When you’re writing, do you consciously think about making sure everyone’s instrument gets a chance to shine?

Jack: I think songwriting in general is about finding how the instruments work together instead of individually. You can really notice the difference in a song when everyone plays off of each other when they can. However, that’s not to say you have to sacrifice your personal style in order to have a tight sound. I think part of the challenge of being in a band is finding the right way to maintain your personal styles without intruding on anybody else’s.

Ayla: With the songs we’ve written so far, we’ve never said anything like “let’s make sure this one has a guitar solo,” or “play a fill right here so we gives the drums a moment to shine,” as the song is being written. As the songs are unfolding naturally, we’ll all look at each other and instinctively know what feels right for the music. I’ve always been a firm believer that every single note should be played for a reason, and I’m lucky that everyone in this band feels the same way – always bring your own artistry and musical soul to the song, but be cognisant of what the music calls for.

Are vocal harmonies (like the “bah-bah-bahs” in City Boy) something you all write together?

J: Yeah! Some of it comes naturally, some of it’s technical like “oh what about harmonizing on the fifth here?” and such. Even though there’s only 12 notes, the four of us never come up with the same melodies or harmonies individually, so when you pick the best bits from all of them it’s a total collaborative effort.

A: We’re all Beatles lovers at heart, so any time we think a song needs some harmonies we’ll take a moment to figure out what sounds best.

Also relating to City Boy: its closing bars are totally frenetic! When you play live, do you stretch that section out so you can all go a bit bloody mad?

J: For sure. We draw it out and Ayla whips all over the fretboard, Finn and I turn on the fuzz and Malcolm hits the skins super hard. It’s never the same twice, which I think is awesome.

A: Yes! City Boy is a total “live song”, and we wrote it knowing that we could have a lot of fun rocking out at the end.

I like the way you aren’t afraid of tempo changes; in Blame especially, you go from jangly to dreamy and back again. Are changes in tempo something you knew you wanted to experiment with right away?

J: I think there’s something satisfying about a tempo change. You’ve set up this rhythm that the listener gets used to and all of a sudden, it changes. It’s a nice device when used in the right spot, and I think that part of Blame was the right time to use one. It feels like the two people in the song are dancing, and the dude in the song whispers the lyrics into the girl’s ear, and once she hears them they snap out of the dance.

A: Because we all listen to so much music, there are so many different songwriting techniques we hear in our favourite songs that we want to try at some point. I suppose the more music you listen to and analyse, the more tools you have at your disposal. I remember when we were first working on Blame, we got to the end of the first verse and agreed that would be a great spot to change the tempo. And once we got to the end of the second chorus I suggested throwing in a few jazz chords and changing the groove a little bit before carrying on with the rest of the song, and I love how dreamy it ended up being after our time in the studio. To me, this song definitely feels like the story of someone’s first tumultuous high school romance.

Jack, you’re part of the rhythm section, and Ayla you’re part of the main melodic section of a typical (traditional) rock band. Do you think your friendship has something to do with what your instruments say about your personalities?

J: For sure. We’ve been playing together for so long that it’s symbiotic. I know what she’s going to do – where, when and how – so I’ve been able learn how to play along with that. Sometimes we’ll play licks in sync and look up at each other like “Woah!”  It’s so cool though being able to be in a band with one of my oldest friends though. We have so many stupid jokes with each other, it’s crazy.

A: Definitely! I really do think that it’s true that certain people with certain types of personalities are drawn to certain instruments (I love using the same word multiple times in a sentence!). Your personal relationship with another musician always comes through in the way you play music together. Sometimes we have full conversations made entirely of dumb inside jokes we have with each other, and we find them so hilarious because we know exactly what the other person is thinking. It’s like that when we play music together too.

Ayla, We get to hear your singing voice on Waves – did you write the lyrics and melody? Was this song a chance for you to muck around a bit with atmospheric guitar pedals, and create a kind of wash of sound instead of straight chords/solos?

A: Yes, I did write the lyrics to that one. The idea was to tell the story of someone who wakes up one day and simply doesn’t love the most important person in their life anymore. That’s always been something I’ve been terrified of. I mean really, what would you do if you gave your entire life to someone and one day were hit with the realisation that you didn’t feel the way you once did? I certainly don’t know! I remember coming up with the chorus late one night, and I recorded it all on Garageband on my phone. We had talked about adding some luscious, Beatles-eqse harmonies behind the vocals, so I played around with some chords until I found what I liked, recorded a little demo, added perhaps a bit too much flanger and sent it off to the guys. We all played around with the verse melody for a while before actually getting down to writing, so what I ended up coming up with was really just my musical reaction to all the ideas everyone was tossing around. 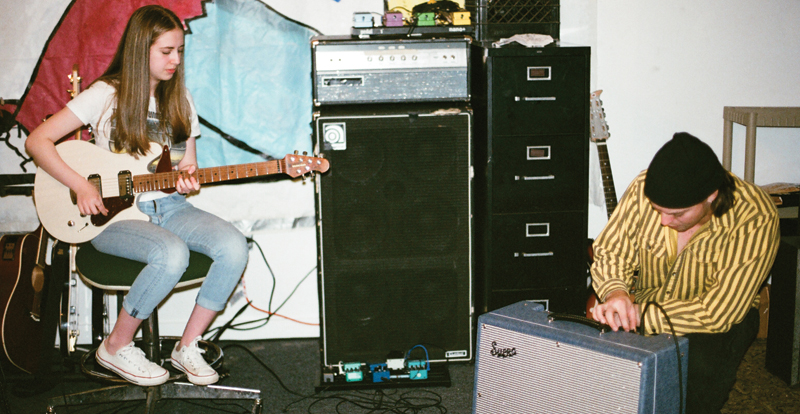 Before we got to the studio, we intentionally left some empty space in the instrumental part in the middle of the song so Cadien [Lake James, Twin Peaks] and Colin [Croom, Twin Peaks] could paint over it. Most of the really cool guitar melodies there are Cadien – I thought it’d be interesting to have a musician as amazing as him interpret the music there, because all of the other lead playing on the album is me. But yes, this song was definitely the opportunity to play with a more psychedelic, atmospheric approach and it was a blast to record.

Jack, I’ve heard people say that if you can hear the bass, then the bassist is playing wrong. But I think your playing is an example of how that saying is totally false, because your bass stands out, but it’s also brilliant. Why do you like this style of playing, where you jump around in arpeggios (like in Greyhound) or do little runs, instead of just sitting on the chord’s tonic [base note]?

Hey, don’t flatter me too much! I like the style of playing because it’s a bit of an in-between of going full shred and staying super tonic. Doing runs to outline the chord is something I kind of started doing naturally just by hearing them in my head while playing. Playing up the neck is something I like to do which is also sometimes looked down upon. If everything’s in the same pocket for a while the low end can feel a bit stagnant I think. Peter Hooke was really good at that I think, balancing the highs and lows on the instrument. Overall, it’s fun and I think it brings a lot to the song.

Scout EP is out June 15 via Pod/Inertia. 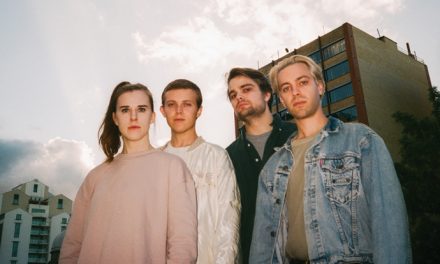 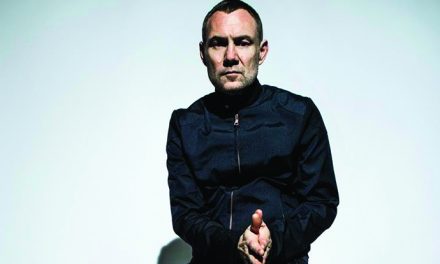