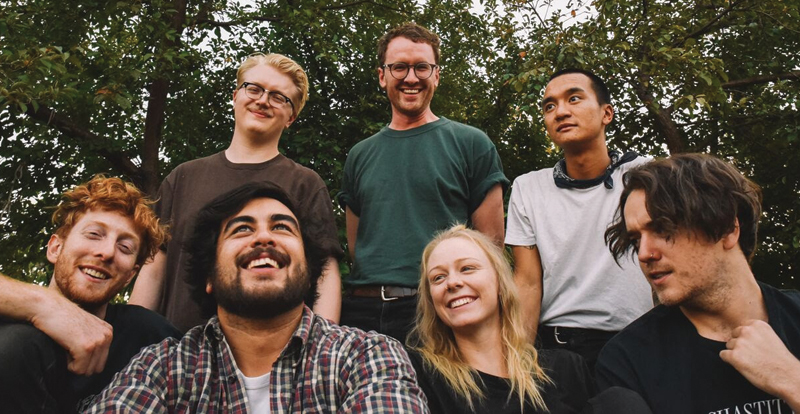 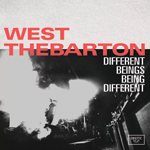 Intricate, soulful, gut-wrenching and hard as nails: Different Beings Being Different is the new album from Adelaide rock aces West Thebarton; we threw a series of questions about the beast to frontman “Reverend” Ray Dalfsen.

Hey Rev! Thanks for taking some time with STACK and congratulations on the album! What does the band have planned for release day?

Cheers mate! We’ve been itching to put out this record, and honestly, its probably going to be one of the proudest moments of our lives. We can’t wait for it to drop so everyone can have a listen, but on release day, I think we’re probably going to just share it with everyone who’s supported us over the years.

How would you describe Different Beings Being Different to the uninitiated?

The phrase ‘pub rock’ means a lot of things to a lot of people in Australia. What does it mean to you?

Funny you should ask… some people have interpreted the term ‘pub rock’ almost as some kind of bogan holy grail of music, and associate it with VB, V8 supercars and mullet haircuts. I guess over time this has become an endearing thing and people have tried to emulate that culture, but to [us], pub rock is anything but bogan. [It’s] music that is massive: huge sounds, good riffs… music that doesn’t fit into arenas, football stadiums or tennis courts. Sweaty front bars and eager crowds, keen to see a band rip the head off a bandroom without remorse. That’s pub rock to me. It’s Australian music for everyone… well, everyone that doesn’t mind a few drinks and a game of darts, haha.

Tell us about life with new label Domestic La La?

I think back to when we were deciding which path to take, before we really knew too many of the ins and outs of everything, and before we really had thought about the record release. It makes me realise, f-ck we did a good job signing with Tidswell and Domestic La La. I don’t know if it’s because we were one of the first bands they signed (well… if you know Tidswell, it’s probably just because he’s a f-cking legend), but Domestic La La put in 200% all the time. I haven’t really had much to do with other record labels before, but it’s super reassuring that you can be so honest with people and actually drive your own music at Domestic La La. I know that sounds like some kind of propaganda statement , but honestly, life is real peachy.

You have been touring a heap since the EP came out. Who in the band has the worst tour habits? Who has the best?

Worst tour habits… hmm. This could get me in a bit of trouble here. I think I probably have the worse tour habit (I’m taking the hit on this one, despite a myriad of annoying tour habits to choose from) – after a few beers I know I snore, and I think this costs everyone a bit of sleep here and there (sorry guys). Best tour habit? That’s probably Nick, our bass player. F-ck that guy is organised, man. I think that without him, we’d probably be lost somewhere by now and still trying to get home. He’s one of those people who’s just good at coordinating things, and even if it pisses me off time to time, I’m more than happy to put my life in his hands come tour time.

You have a huge roster of support bands for the album tour. Are they all long-time West Thebarton favourites, or are there some very recent discoveries?

A mix, really. We’ve played a few shows with Pist Idiots over the years and they are awesome dudes, who just know how to have a good time and play awesome tunes. I think the main reason we picked most of the other support bands was pretty much just so we could see them play live. We’ve always enjoyed watching live music, so it’s awesome when you get the opportunity to curate a line-up with bands you’re itching to watch on it.

In terms of international events, has Reading and Leeds always been a dream performance destination for the band?

Reading and Leeds is one of those festivals that’s just a ‘dream stage.’ I remember back in high school and my family got broadband; literally the first thing I did was watch the Arctic Monkeys’ R&L festival set. Actually, even nowadays, if I know a band has played at Reading, I’ll watch a live vid from there.

Bible Camp gets my blood rushing every time I hear it. How did it come about? What is the backstory behind the lyrics?

Haha, thanks. I’ve always wanted to write a soul song over the top of brash rock ‘n’ roll guitars, so I’m glad that came out of the wash great. We were listening to a lot of Royal Headache at the time, and this kind of made me want to play every single song at a million miles an hour. I actually still remember when Brian brought the chords [for Bible Camp] to a jam once, and it was probably a quarter of the speed that we play it at now. I just kept pushing it faster and faster, and ended up doing a count-in thingy at the start.

It’s funny how after describing the song like that, it’s actually a pretty deep song lyrically. It’s about moments in life that you hold on to – particularly in your youth – when you meet people, and things happen, and this stays with you forever. You might never see the person again, but it’s always in the back of your mind and makes you smile when you think about it. It was influenced by a pretty heavy incident that my mum told me about, where she was sleeping in a uni dorm one night and long story short, a fellow student’s dad wasn’t too pleased that his son liked blokes. I kind of wanted to write another path that this story could’ve gone down, where both people were able to share a moment, feel that lust for each other and then move on with their lives. They probably never saw each other again, but at least they had the time of their life.

Reasons is a stand-out in the tracklisting; it’s lyrically ambiguous enough to cut deep with a lot of fans, but where does it come from specifically?

Reasons was initially written by Nick, who pretty much poured his heart onto paper, and when he gave it to me I found it super hard to sing the lyrics without feeling like a bit of a phony. I rewrote most of the lyrics, but tried to keep that deep, cutting part there. I really wanted the song to be a bit of a razor blade, and give [it] the justice it deserved. The song itself is pretty relatable; we’ve all been there, but it’s kind of about a relationship breakdown I witnessed between a friend and his partner. It was turbulent to say the f-cking least, with them breaking up, getting back together, breaking up again, calling each other to say how much they missed them, calling each other to say how much they hate them, that kind of stuff. Anyways, it reached a bit of a crescendo one night, and I don’t think I’ll ever forget this night, but I was with my friend and she rang…. They were on the phone for hours, while I kind of awkwardly tried not to listen from the room over. Tears and screaming (not yelling, not shouting – screaming) sums up the conversation, and I remember hearing him keep saying “What are your f-cking reasons,” which I guess stuck with me. After it all, he was a shell and it kind of just never got brought up again. Nothing was really resolved, no one’s pain went away. Just questions and more questions.

What is your favourite song on the album and why?

Well, we’ve talked about Bible Camp and Reasons already, which are probably two of my favourites. But the album closer Set It Straight is one of the best songs we’ve written, in my opinion. Brian brought this song to the group and it’s fit like a glove ever since. It’s a really simple song in honesty, which is why I think we enjoy playing it and listening back to it so much. It follows a real nostalgic pub rock ‘recipe’, and that bloody guitar solo at the end (played by Brian), just gives me shivers.

Different Beings Being Different is out May 18 via Domestic La La.