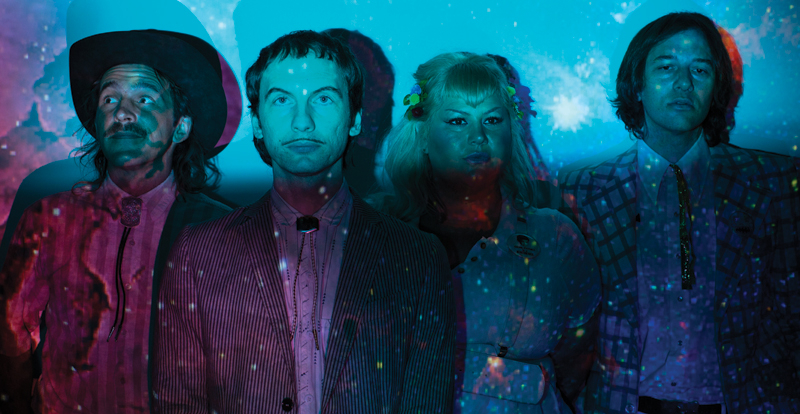 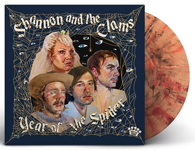 Like an ice-cream sundae with an eyeball on top, Cali garage-psych-surfcats Shannon & the Clams serve the sweet with the sinister; new album Year of the Spider – released on Dan Auberach’s Easy Eye label – presents some of the best fun you can have in a bolo tie. We spoke to the band’s dual songwriters, Shannon Shaw and Cody Blanchard.

The story of this magnificent album’s title track is just unreal – Shannon, your beloved father became very ill while you were also dealing with a pernicious peeping-tom slash stalker. Could you give us an epilogue to the tale? (We hope your dad is recovered, and the stalker is in jail.)

S: My dad’s doing pretty good right now. They’re just keeping an eye on things for now. He’s so positive the whole time, which really helped me and my siblings stay positive. As for the creep, I have no idea. No one could do anything. The police were basically like, ‘You’re going to have to catch him red-handed attacking you or your roommates; that’s all we can do’. It didn’t matter if they had footage, fingerprints, footprints, nothing.

C: I remember talking about this. Didn’t [the police] tell you to get a gun or something?

S: The police told me to arm myself, and if I felt threatened, to “do whatever I had to do.” So I felt like they were telling me, “Dude, just kill him, it’s fine.” I really wanted to booby-trap the house like Home Alone.

Like the bit with the nail in the foot, but it’s actually hundreds of nails, and they’re all rusty, so the creep gets tetanus, but if he dies then you only did it indirectly?

S: Yeah! Rusty nails! And when he’s stuck on the rusty nails he falls through a trapdoor into a dungeon of rabid raccoons who tear him to shreds and rip his b-lls off. I’m just hoping he’s dead now or something. I moved away – I had to move – but I ended up making friends with all these other women in my neighbourhood who he was stalking, and I just have this hope that they all come together and are able to tackle him and beat the sh-t out of him. That would have been good revenge.

One of the joyous things about your music is it isn’t perfectly in time; you couldn’t set a computerised metronome to these songs, because they slow down or speed up like a climactic Nancy Sinatra track. Do you do this deliberately?

S: I think it’s a pretty organic occurrence. I know that when we’re doing things live, things get more dramatic. Especially me! I’m like, “No, slow it way… down… now pick it up!” That is very important to me, and I think we naturally do that as a unit while recording. I think we try to be on time but there’s, I don’t know, I probably push against that. I like that more organic timing.

If the band’s in time with one another, does it even matter?

C: It used to really bother me. I would always want to be very exact, but now I don’t care. It differentiates us from a lot of pop music, or even indie music. Everything is, sort of at its core, made in a computer. Everything is perfectly in time, and you’re not even really that conscious of it. But you can tell when you listen to something that’s not timed, and I’ve sort of embraced that. The band I always think about is the Rolling Stones, because they’re like kind of janky, y’know? Like, it sounds f-cked up, they’re a little bit sh-tty, and people like that. It’s tricky, ‘cos it’s so much easier if you [computerise your music]. But it also depends on what your definition of ‘easy’ is. In some ways it’s easier to get five people together and screw around.

Your style really lends itself to the sweet-but-creepy vibe of the glockenspiel, but you’ve been discerning with it; it’s most prominent on All Of My Cryin but you don’t bash us over the head with it. Don’t you just want to just put it everywhere?

S: I love glockenspiel. And I love vibraphone, I would put that on everything if I could.

C: Same. There’s stuff that I want to put on every song, definitely, and glockenspiel’s one of them. I love how it sounds in that Buddy Holly song, Everyday. So good. You can definitely get carried away and overdo it. but then you can also do an album that’s only got glockenspiel, you know what I mean? Like an instrumental album with just one instrument. And then you probably get really sick of it.

It’s kind of like how you can get sick of anything. You can even get sick of like, peanuts, if you eat too many of them.

C: I developed a sensitivity to peanuts, ‘cos I used to eat them on tour all the time. It was giving me big sores in my mouth. Something in the oil my body was reacting to.

S: You used to eat those long jars of peanuts, in the van, and just chug on them. All the time.

There’s something very cool about the way the tracklist has Leaves Fall Again, and then Flowers Will Return. It’s a beaut little point-contrapoint. Were the songs written in tandem?

S: I wrote Leaves Fall Again first, I think, then Cody wrote Flowers Will Return at a different time; and they were really different sentiments, I think. I feel like mine was about not being able to escape redundancy, and Fall is always coming back. Fall has always, in the past, been symbolic of a lot of chaos in my life, and I had a really rough October when I wrote that song. And it was just kind of like, ‘Buckle up, the sh-t’s hitting the fan again!’ So I didn’t even think to put those two back-to-back. I don’t remember who did, but it made complete sense because Flowers Will Return is so uplifting, you know? I think they are good together.

Is there a whipcrack in Leaves Fall Again?

S: It’s a whipcrack.
C: It’s that wooden thing, right?
S: There is an object, like an instrument, that you can have make sound like a whipcrack. But I think Dan (Auerbach) was trying to record it, and it wasn’t sounding right. So he got a real whipcrack.
C: He did something.
S: We should find out. I’ve always wanted a whipcrack. We even featured a whipcrack in our music video for Sleep Talk. My little brother is wearing chaps and he’s got a whip. I don’t think there’s actually a whipcrack in that song, I just always imagine it there. I guess I’ve been wanting that for a long time.

Year of the Spider by Shannon & the Clams is out September 10 via Easy Eye Recordings. 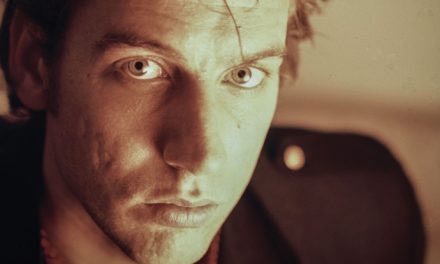 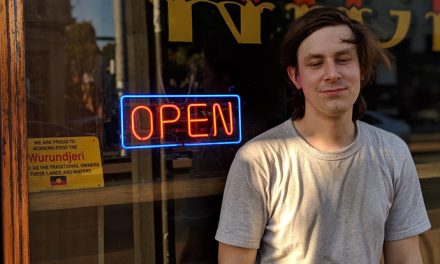