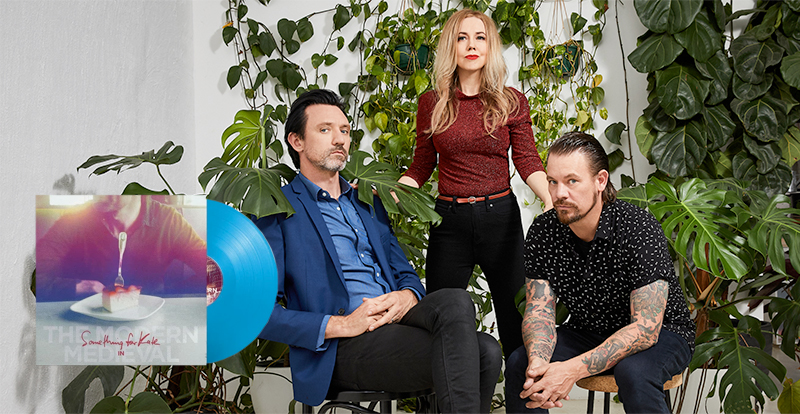 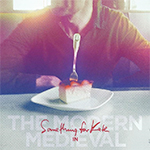 On The Modern Medieval, Something For Kate reach the zenith of their considerable talents, plaiting curious and shrewd poetry with incandescent layers of sound into songs that are so complete you feel you could reach through the mist and touch their solid forms. Paul Dempsey answered our questions about this monolith of an album – the band’s first in eight years, and their seventh since forming in Melbourne way back in 1994.

[Bassist] Stephanie [Ashcroft] said recently: “Paul gets to the crux of the matter in really efficient sentences.” This is true, and yet there’s so much poetry and wordplay in Something For Kate lyrics. How do you understand the way you’ve honed this skill over time?

Songs are obviously a pretty condensed format for storytelling, but if you can assemble words in a certain way then it can result in several dimensions of meaning, even if it’s not literal meaning. You can convey a lot of information and feeling and emotion and visualisation in just a few words. And ramming words together in abstract ways can create new forms of meaning that wouldn’t make sense when spoken but seem to make perfect sense when sung.

In a similar vein to the above: Supercomputer contains the lyric, “I know you keep everything in a room behind a bookcase.” I tend to think of bookcases as a door to somewhere else, proverbially. Are there any books or writers which have an enduring influence on you and your writing?

That particular line is a good example of the above. That one line contains a lot of information. In popular culture a lot of superheroes traditionally have secret laboratories behind a revolving bookcase where they hide their alter egos, their secret weapons, and often, their vulnerabilities (kryptonite, bats, etc). These hidden rooms usually have supercomputers full of secret information and secret plans from where the hero monitors the outside world, they are also the only place the ‘superhero’ can be themselves, but nobody ever gets to see them or truly know them.

Our brains are often referred to as ‘supercomputers’ and they are hidden behind another barrier (our skulls) and they also contain our vulnerabilities and secrets and plans and dreams. They are also the room from where we monitor the external world and the place where the ‘self’ resides that no one else ever truly gets to know. It’s a song about loneliness and memory but also about bravado and the ‘program’ or ‘version’ of ourselves that we present to the world.

So all that stuff is there if you choose to really think about it and read into it, but it’s also totally fine if you don’t! It can also be just a song.

You have said (in The Modern Medieval press release): “Every song we work on is a concentrated effort. It has to be right. For me, that means not a word out of place and not a note out of place.”

‘Precision’ is definitely a word that comes to mind when we hear SFK albums, (including this one). When you begin the merry maypole dance of creating a song, how much time do you allow yourselves to improvise the dance (adding ribbons, splitting ribbons, so on) before you start the precision-work of deciding ‘this ribbon twists over this one and that’s final’?

But the main reason we do this is because it gives us the freedom and the confidence when we are actually in the studio with a producer to completely abandon or reinvent or overhaul what we’ve done, because we know we’re working from a solid base that we’re already happy with. It makes the studio process way more fun and a lot less nail-biting, and we can really let go and let things evolve in exciting new directions because there’s a good reference point to come back to.

So we love improvisation, and it’s a constant feature, but it’s nice being able to compare your improv to something you prepared earlier so you can be somewhat sure that you’re not just disappearing up your own arse or getting too carried away in a moment.

Deciding what stays and what doesn’t absolutely have to be there is the hardest part.

Our Extinguished Colleague is one of the most intricately arranged tracks on the album, with angular guitar, detailed rhythms on the ride cymbal, and dissonant backing vocals. Was there a trick to its complexity as it came together, or did it take as long as it sounds to weave in all of its parts?

That was the first song written for this album. It began with an off-kilter rhythm guitar riff which demanded an off-kilter bass line which prompted an off-kilter rolling drum beat, and then we could only top it off with the most atonal grating lead break I could manage.

It actually came together pretty easily because the singular aim was to just get as weird as possible whilst still maintaining the semblance of a song. The bassline changed a few times (we eventually simplified it) and then in the studio I improvised the whacko percussion stuff, which is played on a ride symbol which is sitting on top of a floor tom and I’m hitting different parts of the symbol and the drum and the sides of the drum shell. It was a lot of fun putting that song together; it was very loose and instinctive because the aim was weirdness.

There’s something I like to think of as a Paul Dempsey-ism: You’ll hold the last syllable of a vocal phrase against a major chord, and then begin to curl its melody, so that when the chord changes to minor that syllable’s note makes a sudden and beautiful match, just for one beat. I’m thinking the syllable “vu” in the chorus of Déjà Vu, and in Waste Our Breath, it happens in the first section of the chorus, on the word “(each) other”. It’s very beautiful, and I wonder if it’s a conscious technique?

I’d have to say it’s not conscious, because I don’t really put much thought into my vocal melodies. I usually have a much firmer sense of phrasing and how I think the words and syllables need to flow against the music. The actual vocal melody is almost entirely improvised until it feels right, and I really don’t think much about what the chords are doing.

But of course, it’s likely that I’ve developed some natural habits and patterns and ‘isms’ over time. I probably could spend more time ‘crafting’ a vocal melody, but it’s always been more important to me that it feels good to sing, first and foremost.

The Modern Medieval by Something For Kate is out Nov 20 via EMI.

Tags: Paul Dempsey, Something For Kate, The Modern Medieval 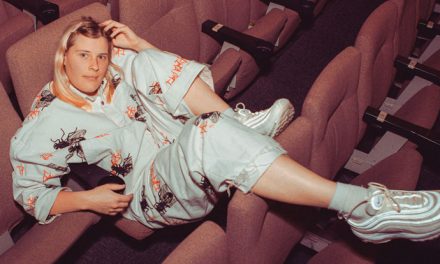