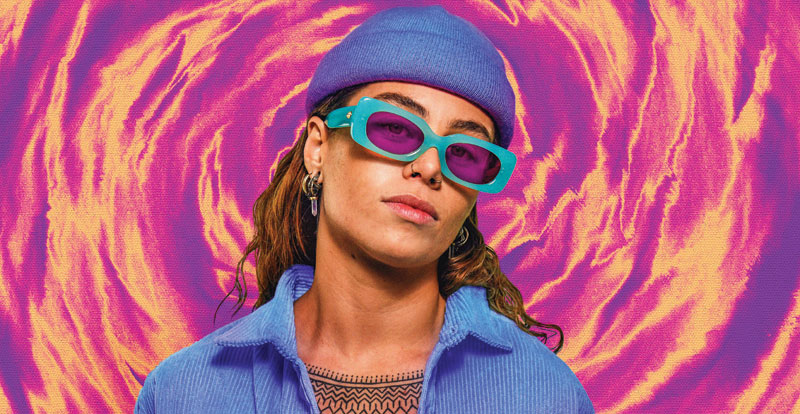 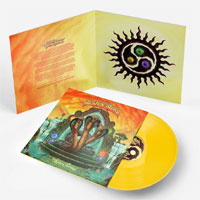 Combining technically brilliant practice with dreamy sonic ideas that seem to span the subterranean to the astral, Tash Sultana’s second album Terra Firma will pop your head clean off. We spoke to the singer-songwriter about the lush new tracks.

Once Tash Sultana has picked “nice sunny spot” for our phone interview, the first port of call is a straight-up congratulations on reaching the shortlist in this year’s Vanda & Young songwriting competition. Turns out that’s news to them. “I didn’t actually know that,” they chuckle, “so… thanks!” As to whether there’ll be any sort of knees-up, Tash meets the question with the same creamy chill as they received the news. “I’m not the celebratory type,” they say simply. “I don’t make a big deal of stuff – I never have.”

From the home-recorded, loop-pedal-heavy Jungle video and Notion EP which slung the then-busker into stardom in 2016, through 2018’s debut LP Flow State and now second record Terra Firma, Tash’s music has always encouraged reflection on time. If you consider the craft of music as time-based art, or ‘decorating’ time (as opposed to space-based art, like a sculpture), then Tash’s repeated lyrical themes of being present take on a new form. The track which made the Vanda & Young shortlist – the serenely propulsive Pretty Lady, from new album Terra Firma – even underlines the idea in its chorus lyrics: “Where you goin’ so fast?/ Try to make the moment last.”

But Tash doesn’t view this artform-and-message echo in any codified way. “I have never, ever, ever thought about it like that,” they say. “I don’t think about it as savouring [a] moment, I think about it as present moment. Generally, it’s moreso in performance. I suppose anything recorded, you timestamp as a moment, as a recorded piece of art. But I just don’t think about it that way, hey: I’m all about the jam. I just write, record, and release if I feel like it.”

And they don’t always feel like it. Case in point: Pretty Lady comes from some of the oldest seedlings to populate Terra Firma, Tash having written it six or seven years ago. “I didn’t think it was good enough to release, so I just didn’t,” they say. “Then when I did a ten-day writing session with Matt [Corby] and Dann [Hume] – just to have fun, really, there was nothing ever said about anything [getting] used on the record – I said, ‘I’ve got this song, but I think it’s a bit wanky, and I don’t know if I want to release it.’ I played it to them and they were like, ‘Well, you’re an idiot.’ So it all fell together with the parts that I was a little bit stuck on.”

If you watch the ‘Studio Jam Version’ of the song on YouTube – featuring Tash’s famed lo-fi split-screen approach featuring themselves playing each part – you can see Tash’s obvious enjoyment in operating every instrument. Bass, however, sticks out: Tash’s baseball-capped head bops so deeply in time to the bass groove, it’s hard to even catch her facial expression. “To be honest, I enjoy playing the bass probably more than guitar,” they say. “I love the bottom end of the track. If I could have my way, people’s heads would get blown off with the kick.”

One of Terra Firma‘s stand-outs is the ballad Maybe You’ve Changed, which is full of Mojo Pin-esque, shiveringly tender vocals and a gorgeous old dame of a piano behind it all. “Yes, it is mine,” Tash says of the instrument. “I’m not quite sure how old it is, to be honest; it was in a studio that I bought and I specifically requested that the piano stay, because of the tone of it. All the keys are really, really light, so all of the mallets work super, super light, and the playing is really freeing. I always take the shell off… I feel like the sound projects much better. It’s a little gem, that one! That’s the thing about pianos: there’s not really any two alike.”

From piano and guitar to bass, voice and beyond, Terra Firma doesn’t tether itself to an obvious palette: you’ll variously find harp, cosmic squeals, vibraphone, organ, horns, and on Blame It On Society (“When did you assume I like eyes on me?” Tash demands in its lyrics), a squidgy wee-woop motif that’s reminiscent of the detail in Roy Ayers’ Everybody Loves The Sunshine.

Meanwhile, foley effects are critical for ambience. “Ambience shifts the mood,” Tash explains, circling in on the excellent Coma. “We’re coasting through at the same tempo throughout the whole song, and then I make a transition with the glass smash, and going up in the elevator, and there’s a VHS coming out of the VHS player – all that is, is to alert the listener that we’re going into a transition. The song is ‘Coma’ but it means the opposite, it means to wake up. We’re going into the outro and we don’t care any more, we’re just letting it fly,” they say of the track’s wild and wanton coda. “That’s where my love of Lindsay Buckingham and the Eagles comes in; a Fleetwood Mac kind of vibe.”

Tash doesn’t often invoke the names of other artists to describe her sound in conversation, but when they do they’re plucked from all quarters; someone who loves music this much is in fact absorbing all of the things (sometimes to the point it seems they’re separate from the things). “I’m not genre-based; I like everything,” they say. “When I’m writing – not particularly a song, but a piece of music for a record or EP – what I will do is brainstorm all of the sounds that I really love, and all of the effects and instruments that I really love, and that helps me build a soundscape. So I’ll write things like, modulated Rhodes, tape delay, space echo, guitar doubling, or harmonised pitching. Horn section, string ensemble, legato, pizzicato. I’ll write Middle Eastern strings, or Indian percussion. And I will try to execute those things across the record.”

In terms of lyrics, they are “the easiest” for Tash; in a track like Vanilla Honey, the verses seem to be a study in rhythm and syllabic accents moreso than melody, and Tash confirms that the written word, in all its myriad forms, is something they incessantly explore. “I’ve got journals from when I was 16 years old ’til now – I’m nearly 26,” they say. “I’ve got so much going on in my brain at all times, literally all the time, every moment of the day. So I write it down. For me, it’s the physical act of actually writing it down. I don’t get that way if I write something in my phone – just when I put pen to paper. I’ve got so many lyrics and poems and drawings and writing and statements and reminders – everything. [Vanilla Honey] is about playing on syllables, and just seeing how far I can run into things that are actually real – everything that I am touching on is actually true,” they say. “Like, my Nana does actually knit, and my mother had this old brown dresser that we’ve still got, in the house still. I remember that as a child; she had her earrings on it.

“I don’t sing about stuff that’s not true. They’re all things that have happened past and present; not so much about the future, because it hasn’t happened, and I don’t really have a story to tell yet.”

Wherever the future takes them, the story so far is more than compelling enough; get your ears around Terra Firma, available in various formats including exclusive opaque yellow vinyl, at JB Hi-Fi.

Terra Firma by Tash Sultana is out February 19 via Sony. 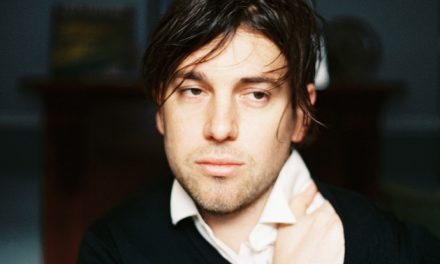 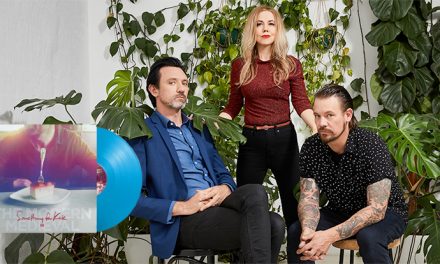 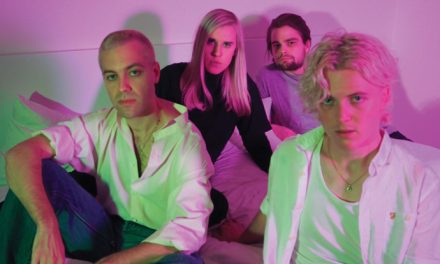