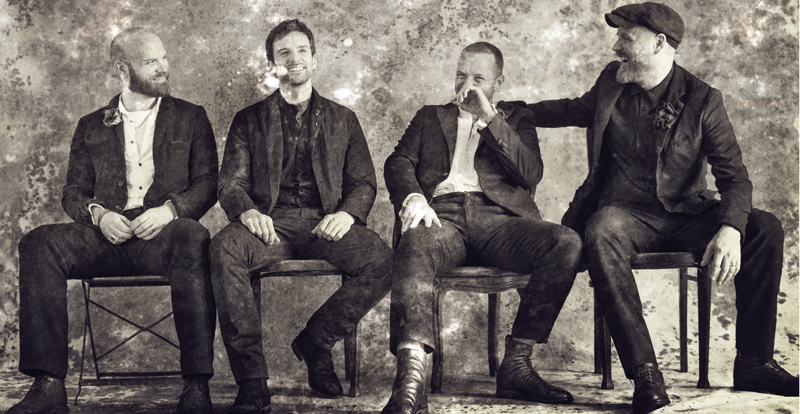 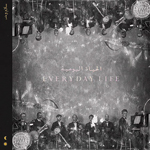 Almost four years after A Head Full of Dreams, this week London’s own Coldplay release their eighth studio album, Everyday Life, which was teased back in October when eager fans heard the first two singles: Orphans and Arabesque. This week the band released two more: Daddy and Champion of the World.

The four-piece took a unique approach in distributing early information about Everyday Life to their fanbase: mysterious posters and billboards erected around the world teased the record’s cover art, 50 fans across the globe received hand-signed, type-written notes (pictured below) containing information on the album and its content. 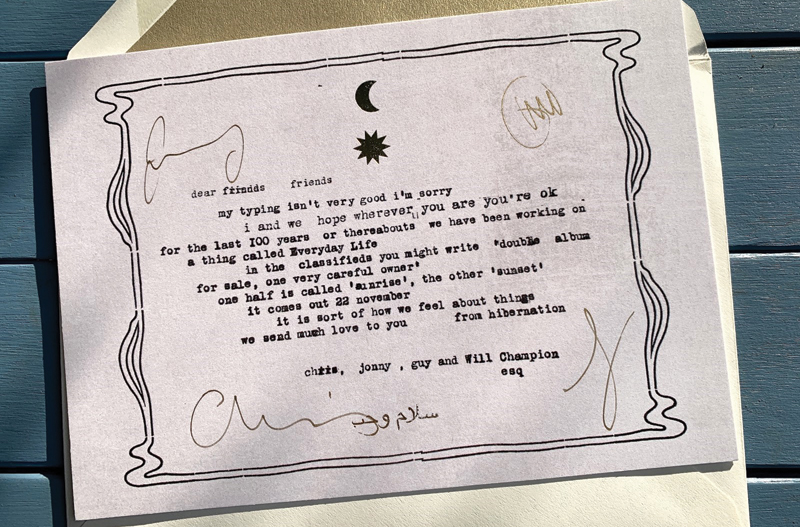 The album features a generous 16 tracks: eight on each of the two discs, with side A titled Sunrise and side B titled Sunset. The tracklist was unveiled via classified ads in local newspapers in New Zealand, Wales, Australia and France.

The clip for single Daddy comes via Aardman Animations, who are renown for their films featuring the characters Wallace and Gromit. The clip was directed by Åsa Lucander and uses live action puppetry, digitally painted sets and 2D animation.

The band, who formed in 1996, have sold over 100 million records worldwide, and boast an enormous list of awards – notably, seven GRAMMYs. Everyday Life seems on the path to be one of their biggest releases yet, with Chris Martin describing the work as “sort of how we feel about things”, a soundtrack fit to play over the life that the band want themselves – or their fans – to live.

Everyday Life by Coldplay is out November 22 via Parlophone. 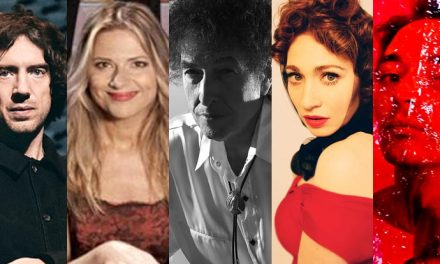 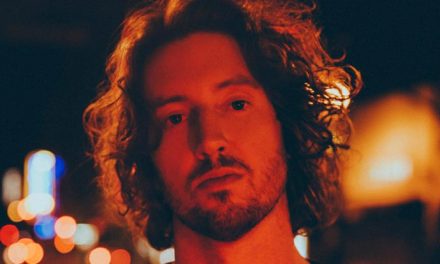 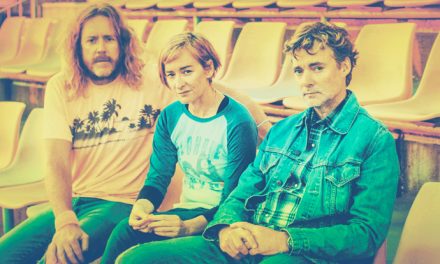 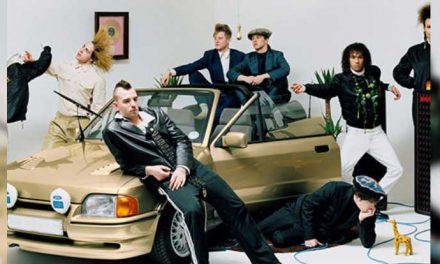