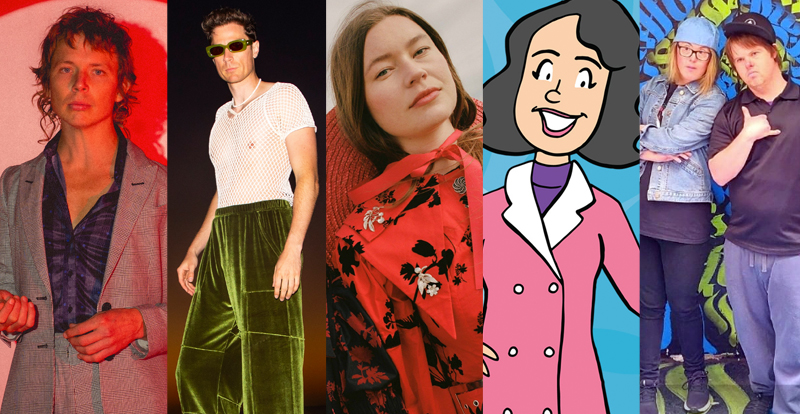 Chums, can you feel your heart hurdle a rib as the sun beams her face down upon our shriveled souls? We sure can, so we’ve assembled five freakin’ fresh tunes to soundtrack your weekend. Featuring Harvey M, Wet Leg, Pop! feat. Angie Hart, Nicholas Allbrook and – just in time for International Day of People with Disabilities (today!) – Inkrewsive with Manovikas Kendra.

Harvey M, You Know That I Love You

Is that coconut sunscreen I smell? Is this a Jump Rope for Heart routine I feel coming on?

You Know That I Love You is proper, not-here-to-count-doorknobs, feel-it-in-the-cockles-of-yer-heart house. Nostalgic but fresh as hell, this crisp belter from Harvey M is going to summon up all kinds of feelings, and they’re all going to be beaut.

Says our new fave dance artist: “The feel-good positivity of the early 2000s dance world has me absolutely buzzing at the moment. I wanted to channel the way this era makes me feel. I’ve been paying keen attention to this moment in time which I believe to be grossly underrated and commonly overlooked.”

Do not go past this belter, and if you love it as much we we do, check out the other single old mate dropped in tandem: the similarly awesome Love I Give.

You’ve probably heard the phrase “Saturn return”, and possibly even know it refers to a point in your life when the planet Saturn wends its way back to the place in the sky it occupied when you were born – taking approximately 27 years.

“What in the Milky Way does this have to do with this sparkly, propulsive, whimsical new track by Pop!, though?” you ask.

Well, this isn’t Pop!’s first rodeo, pals; it’s been ~almost~ a Saturn return’s worth of time since Pop! released celebrated 1995 collab with Frente!’s Angie Hart, Tingly – which made a splash in the ARIA charts and Triple J’s Hottest 100.

The story goes that during lockdown, Pop! chief Amy Flower started to get that oddly tingly feeling herself – the one that commands us to create. She challenged herself to write something of a “spiritual successor” to her earlier hit with Angie, building Waiting‘s bewitching-then-triumphant arpeggios around its lyrics – and attests there was “no question at all” that only Angie could bring it to buoyant life.

As you may have guessed, Angie was well and truly up for it: ““What a delightful step forward from the past,” she says. “I had hoped that one day there’d be a new chapter to what was such a positive experience with Pop! all those years ago… It was an absolute joy to play in this world of Bacharach meets New Order. Amy Flower has crafted a banger.”

Needless to say, Waiting is a total earworm for fans of ABBA, The Vogues and of course, The Archies (check out that adorable video!). 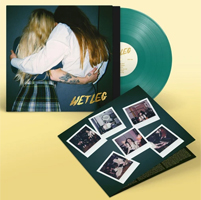 “Wet Leg was originally just supposed to be funny,” says Rhian Teasdale. And y’know what? Watching the video for Too Late Now – just one of two tracks the Isle of Wight duo (the other bandmember being Hester Chambers) released this week, alongside the also ace Oh No – we can see that original intention behind the frankly brilliant songwriting.

At its core a dreamy guitar song, Too Late Now evolves via bunch of unexpected moments, with a middle eight so arresting we had to stop what we were doing and rewind to listen to its spoken-word confessional multiple times. “As a woman, there’s so much put on you, in that your only value is how pretty or cool you look,” explains Teasdale. “But we want to be goofy and a little bit rude. We want to write songs that people can dance to. And we want people to have a good time, even if that might not possible all of the time.”

The video is a gas and it even has funny end-credits, so watch below and look out for the gals’ debut self-titled album out on April 8 (available for pre-order now, on a bunch of different formats) as well as an appearance at Splendour in the Grass in July.

Nicholas Allbrook, When the Marshes Flood

Prepare to shred your brain up with raw emotion (and some unabashedly careening guitar solos), because Pond’s Nicholas Allbrook has just released a song that surely hews as close to his heart as it’s possible to go.

“I grew up in the town of Derby in the Kimberley and still count it as one of my true homes,” he says. “This song is about the marshes there, childhood and the memories that stick out and warp with time, taking on new weight and new dimensions.”

You can buy the song for $3 via Bandcamp, and all the money raised will be punted straight over to community-based NGO Environs Kimberley, an incredibly awesome organisation which helps protect the lands and waters of the Kimberley region.

“I hope, if enough of you support this cause, you might be able to visit this place one day,” Allbrook says. “As the world gets more crowded and more f-cked up, it remains vast and untouched and sparsely populated. It feels so big, physically and cosmically.”

We think he’s captured those feelings with totally (and typically) chaotic grace; check out When the Marshes Flood below, and consider flinging a few clams towards this super-worthy cause.

Inkrewsive and Manovikas Kendra, Lockdown e Bondho (Because of the Lockdown)

Today is International Day of People with Disabilities, so what better way to round out Tune-Up with an absolutely stellar bilingual collab between Melbourne’s hip hop collective Inkrewsive (whom you may remember from their 2020 track Iso Rap) and students from Manovikas Kendra school in Kolkata?

Lockdown e Bondho (Because of the Lockdown) was written over a bunch of Zoom seshes between the 13 young Aussie disabled hip hop artists who comprise Inkrewsive, and six students with intellectual disabilities from India’s Monovikas Kendra School (Kolkata). Trading verses in English and Bengali, the MCs plait together their experiences of suffering and of solidarity, lamenting the lows of lockdown but also looking forward to togetherness with torrents of hope.

We’re proud to be hosting the audio of the track a little earlier than its official launch, which is tonight – and you can be there to see the whole she-bang go down! If you’re in Melbourne, check out the details of the event Loop Bar via Inkrewsive’s events page, but if you’re elsewhere, don’t fret: it’s all being streamed on Inkrewsive’s Facebook page and Insta page.

Without further faffing, here it is – and happy IDoPWD! 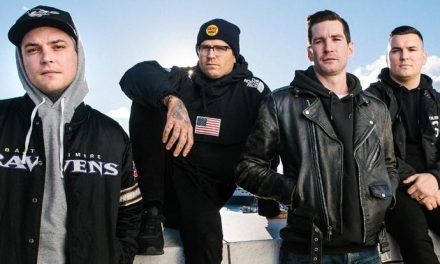 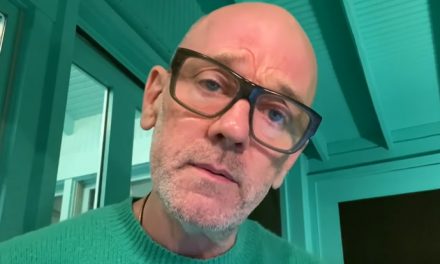 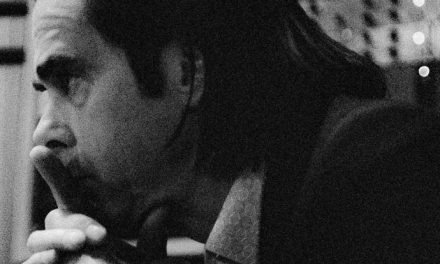 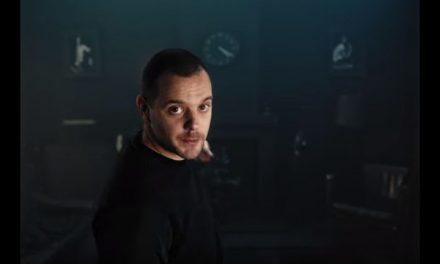