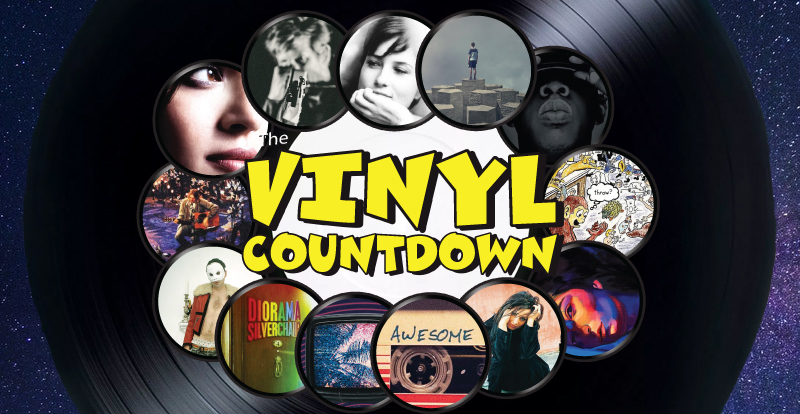 It’s that magical time of the year again, when JB tear shreds off the prices for a whole range of rad titles on black wax. Here are our picks for the must-grab LPs of the season, and you can see all the discounted titles available on the JB site. 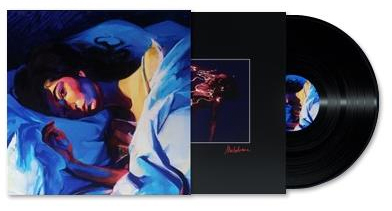 “I’m WAITING FOR IT, THAT GREEN LIGHT, I WANT IT!” And unto Ella Yelich-O’Connor, it (being, in this case, total adulation) was deservedly given. Green Light, the astonishing first single from Lorde’s 2017 album Melodrama, signalled the New Zealand singer-songwriter’s eruption from her teenage chrysalis while cementing the promise of her acclaimed 2013 debut Pure Heroine. Co-written and -produced with renowned musician Jack Antonoff, Melodrama is a collection of vivid tales from Lorde’s life as a 20-year-old, having experienced her first heartbreak and taste of living away from her family in Auckland. Its unique energy and emotion were quickly slathered in accolades, and the record debuted at #1 in Australia, Canada, the US, and of course her native New Zealand. 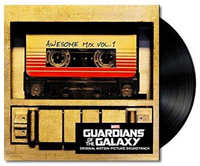 How do you stay connected to your home planet of Earth and the, family you’ve lost when you’re hooning around the galaxy making out with alien chicks and trying to protect a mysterious orb? You cherish a cassette of your mother’s, which contains all the biggest bangers of her era: the’60s and ’70s. “The music… is one of those touchstones that we have to remind us that, yeah, [Peter Quill/Star-Lord] is a real person from planet Earth who’s just like you and me – except that he’s in this big outer space adventure,” director James Gunn said upon the film’s release. 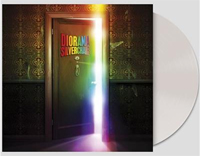 Double ARIA-winner Diorama is the fourth album from Newcastle trio Silverchair, in which Captain Daniel Johns steered his band towards a slip-lane adjacent to the band’s post-grunge roots. While previous record Neon Ballroom incorporated orchestral arrangements, this time around Silverchair worked with baroque-pop composer Van Dyke Parks (renowned for his work with Brian Wilson, Ry Cooder and Randy Newman) to paint the lush horns and strings which permeated hits Across The Night, Without You, and The Greatest View. The album spent 50 weeks in the ARIA chart, including one week at #1. 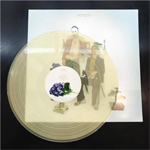 The debut from electronic dance duo The Presets hit the Oz music scene over the head with all the dark dynamism we didn’t know we’d been wanting. Including two co-writes with Silverchair’s Daniel Johns, Beams is an unrelenting hustle of Kim Moyes and Julian Hamilton’s first forays into a sound which would become utterly their own, and would see the pair rack up seven ARIA Awards across the ensuing years of their career.

Some of us didn’t even know we liked country music until the cross-over success of The Captain, the debut album from a then-unknown young woman named Kasey Chambers. Now, it’s difficult to imagine an Australian music scene before her arrival. Her groundbreaking, heart-baring record won the 1999 ARIA Music Award for Best Country Album and also bagged Kasey the Best Female Artist award. 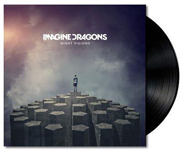 Considered by many music pundits as the tip-top smash of 2013, Radioactive was the opening track of US rock act Imagine Dragons’ debut Night Visions. Just like a triumphant mama duck, its duckling accolades scurried behind: the album debuted at #2 in the States, breached the top 10 of charts in more than 15 countries, won the Billboard Award for Top Rock Album, was nominated for the Juno International Album award, and eventually become the fourth-best selling album of 2013 in the US. 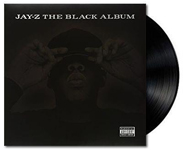 Initially intended to be Jay-Z’s final record, The Black Album is bursting with all-star production talent: Kanye West, The Neptunes, Timbaland, Eminem and Rick Rubin are among the names Jay collected for the collection of songs, which quickly received wall-to-wall adulation from listeners and press alike. It debuted at #1 in the US and spawned perennial banger 99 Problems. 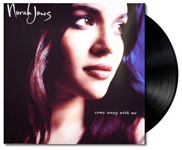 Unlike some of the other instant hits amongst the Vinyl Countdown Class Of ‘19, Norah Jones’ Come Away With Me debuted way down at #139 on the US chart when it was released in February 2002. But whispers of this 22-year-old’s stirring, unhurried jazz-pop saw the New Yorker’s debut climb to #1 just shy of an entire year after it was released. Blending folk and soul with her jazz leanings, pianist Jones stunned listeners with her slow-burn tracks; her album went on to win three Grammys, with a further three going to its hit single Don’t Know Why. 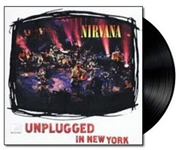 Filmed in one single take in November 1993, Nirvana’s MTV Unplugged performance is often deemed the all-time exhilarating recording in modern live music history. Before filming, the network was dissatisfied with the lack of Nirvana ‘hits’ the trio planned to play to the intimate audio audience; in a setlist spiked with covers and as-yet unreleased singles from new album In Utero, the band performed only one of their own smashes: Come As You Are, from second album Nevermind. The record’s closer is the traditional folk song Where Did You Sleep Last Night, the final chorus of which is one of the stand-out vocal moments of Kurt Cobain’s career. 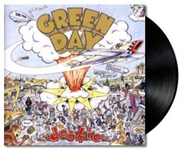 Turns out we did have the time to listen to Billie Joe Armstrong whine – whole barrelfuls of it in fact, with at least 20 million pairs of ears participating (read: international record sales as at 2014). While Dookie was the Californian trio’s third album overall, it was their first with their major label Reprise, and after selling less than 10,000 copies in its first week, it went on to became a total breakout success – and a seminal album of the ‘90s. 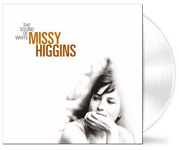 At 15 years old, Melissa Morrison Higgins was a boarding student at Geelong Grammar School. A keen pianist, Higgins wrote a song called All For Believing just hours before it was due for a music assignment – and earned an A grade from her teacher. She submitted the track to one of triple j’s earliest Unearthed comps and suddenly found herself on the music industry’s radar. Three years later she released her debut album The Sound Of White, which included All For Believing as well as massive hits Scar, The Special Two, and The Sound Of White. In 2004 the album won an ARIA Award from five nominations, and the following year won five ARIAs from eight nominations. 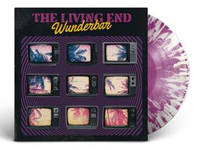 Choosing to record their eighth album at a breakneck clip in the capital of Germany, The Living End pushed through some questionable living conditions (“This B&B was flea-ridden and there was no heating,” frontman Chris Cheney told STACK late last year. “It was minus four. It was terrible. We lasted four nights, I think”) to deliver up the hopeful, indignant, and empathetic Wunderbar. 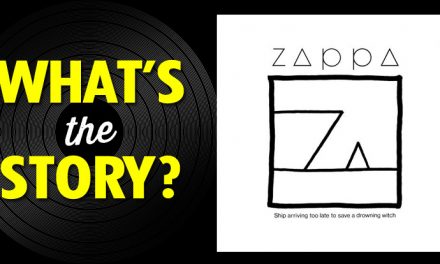 What’s the story?: Frank Zappa, ‘Ship Arriving Too Late to Save a Drowning Witch’ (1982) 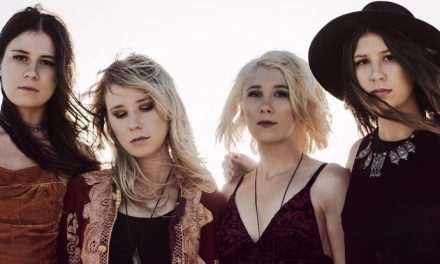 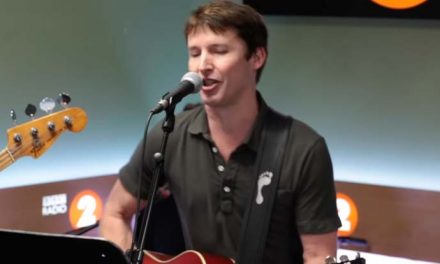 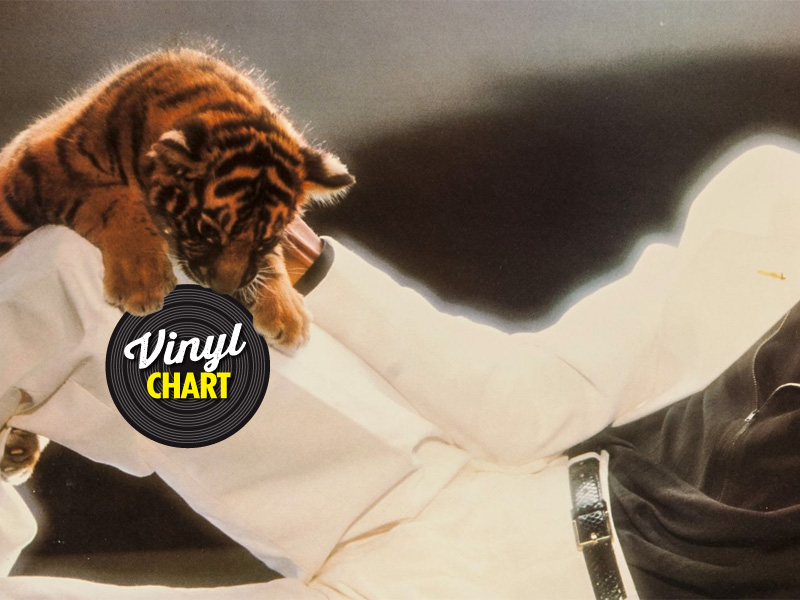