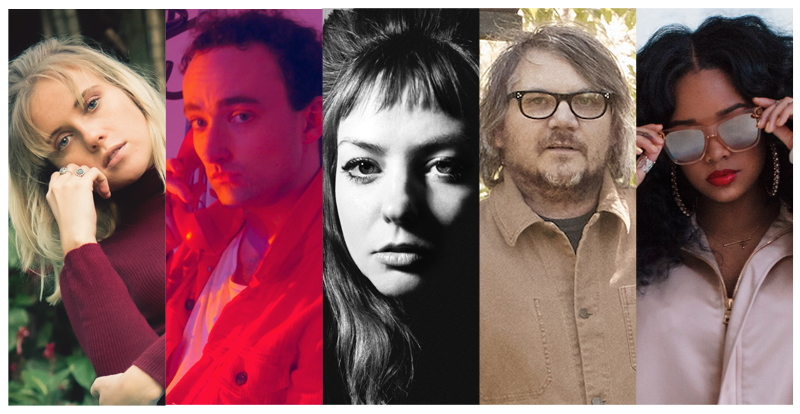 For this week’s Tune-up we have a top 12 and an assorted number of special mentions, but before we begin let’s point out the new HAIM and the new Iggy, which are excluded because they already got their own parties. Now it’s time to prep your ear-holes for Hallie, Russ, Client Liaison, Northlane, H.E.R., Sleater-Kinney, Wave Racer, Bat For Lashes, Wilco, Angel Olsen, Ariana Grande, and more!

The melody from artist-producer Russ’s extremely cute new single must be lodged somewhere in the occipital lobe of my brain, because that’s where I get the shivers when I hear it. (Thanks Miss Harrison for teaching me the lobes so effectively – deadset I’m as surprised as you.) Russ has even made some brand new merch to celebrate, which you can get here.

Sleater-Kinney, Can I Go On

Here’s the latest single from ya gals’ upcoming album The Center Won’t Hold, out Friday 16 August via Milk!/Remote Control Records (look out for our album review). Carrie Brownstein (guitar/vocals) explains of this track: “In this song, a woman’s desire is used against her, so she turns it into a sinister infectiousness.”

Juicy, deluxe pop goodness from Harvey and Monte, in this kickstart to their “new era” – which will, we hope, involve some more leisurewear. “To have positivity and danceability in a song and not be cheesy is really difficult,” says Monte of The Real Thing. “That’s the trick. It’s more pop than we’ve ever been.”
The duo are touring in October and November, and you can find out all about that right here.

What a sumptuously chopped-and-stirred treat this one is. Wave Racer (Tom Purcell) and Kwame do some neat, sweet dance moves in a visual representation of the former’s music, “using tightly timed lighting, colour washes, and movement in a defined space,” as he puts it. It signals a brand new chapter for the artist, who has just signed with Astral People Recordings.

Ari, Mikey and Scootie just plopped this diamond into your cereal bowl, complete with an amusing vid which sees Grande imagining everything possible to stop her crush chatting up other gals.

Yo, it’s the title track from Angel’s just-announced, fourth full-length, and proves she remains the babe with the power. (Tell me you don’t get Labyrinth vibes from this clip: the diaphanous ballgown, the flipped stairs, the mirrors, the MAGIC?)

The album’s out October 4 on Jagjaguwar/Inertia, and Angel says: “In every way – from the making of it, to the words, to how I feel moving forward – this record is about owning up to your darkest side, finding the capacity for new love and trusting change even when you feel like a stranger.”

You need to get all up and about into Hallie’s bizzo; she’s just been announced as triple j Unearthed’s BIGSOUND comp winner, which means she’ll be performing in Fortitude Valley at the big event in September. Her debut EP Wink Wink Nudge Nudge will be out September 27.

Bat For Lashes, Feel For You

Soak yourself in the Gloria-Estefan-essential-oils oozing from Bat For Lashes’ latest, Feel For You. It’s on her upcoming album Lost Girls, out September 6 via AWAL.

“There MUST be more love than hate. Right?! I’m not always positive we can be so sure. In any case, I’m starting to feel like being confident in that equation isn’t always the best motivation for me to be my best self – it can kind of let me off the hook a little bit when I think I should be striving to contribute more love outside of my comfortable sphere of family and friends. So… I guess the song is sort of a warning to myself that YES, Love IS EVERYWHERE, but also BEWARE! I can’t let that feeling absolve me of my duty to create more.”

How beautifully put by your grizzly old mate Jeff Tweedy, and what a gorgeous song by him and his Wilco bros. The new album Ode To Joy is out October 4.

I gotta admit, I didn’t realise Gabriella Wilson AKA H.E.R. was so young – girl has two Grammys and a laundry list of musician-fans who fall over themselves to extol her talents (Rhianna, Wyclef Jean, Pusha T, Alicia Keys). But she is certainly deserving, always striving to keep the focus on her music. She says of this new single: “I wrote this song when I turned 21. It was one of the best years of my life! I’m experiencing all the things I prayed for as a kid and more. The scary part is, it’s just the beginning.”

If you’re in Melbourne tonight you should probably swing by Yah Yah’s, because there is a FREE SHOW FOR NORTHLANE’S ALBUM LAUNCH. And there will be a POP-UP STORE. With lots of MERCH and OTHER COOL STUFF. It starts at 8PM!
Also: Below is the new clip for single Eclipse; album review here, and our chattie with frontman Marcus Bridge here.

BROCKHAMPTON, I Been Born Again

The illustrious Texan-Californian collective’s new album GINGER really can’t come soon enough, but while we wait, here’s I Been Born Again. You’ll be blabbing “LIKE I’M DENNIS ROD-DA-MAN” in a jiff.

Black Bull is on upcoming Everything Not Saved Will Be Lost – Part 2, about which frontman Yannis Philippakis says: “Part two is a heavier listen, the guitars are more emphasised and there’s some big riffs on it; It’s a rock record and it definitely carries on the narrative from part one.”

From Mr Shadow: “I usually try to avoid hyperbole, and I’m not super-comfortable hyping up my own stuff, but things are about to get VERY exciting around here. For Rocket Fuel, my heroes De La Soul join me in a collaborative blast of pure hip-hop adrenalin.”

From Wolfjay: “I wrote Together the day Australia voted to legalise same-sex marriage in the nation-wide plebiscite, laying on the floor in a recording studio with someone I found fascinating and incredible and lovely. We drank prosecco until there wasn’t any left and took turns being honest with each other. Together is about having the freedom of being absorbed by the warmth and weight of being close to someone, sharing the same space for a moment and letting it consume you, finally letting go of every stressful thing that’s trying to steal that moment away – forgetting the future together”. Also, they’re touring.

From Eliza: “I wrote Pull Apart Heart whilst I was going through a really rough time – there were lots of changes happening around me in all different parts of my life and I just felt so emotionally exhausted and vulnerable. I was experiencing feelings that were new to me and I wasn’t sure how to handle them. I felt like my emotions were in pieces, and that’s where the concept of a ‘Pull Apart Heart’ came from.” Also, she’s touring. 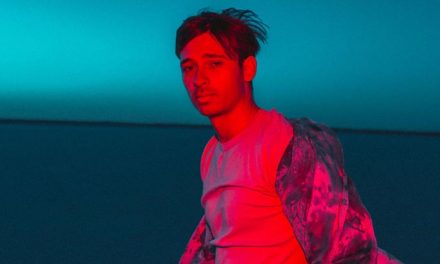 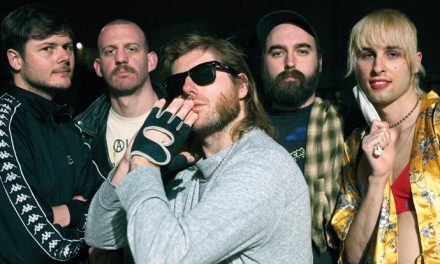 We chinwag puns and pints with Private Function 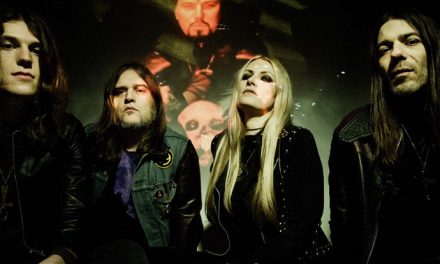 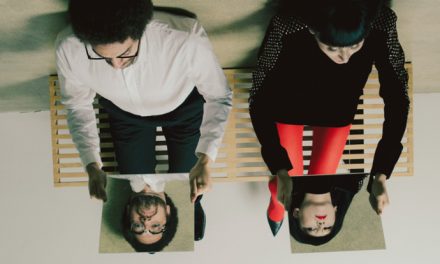 Finally, after 26 years, we have a Pulp Fiction sequel… of sorts. ... See MoreSee Less

Apart from a t-shirt with a tiny reference to a line in pulp fiction, there is nothing else that even comes close to being related to pulp fiction in anyway - let alone a "sequel"

As 2021 gets ever nearer, it’s beginning to seem a lot like Christmas. So, don’t fight it, feel it with our upcoming festive movie advent calendar. ... See MoreSee Less

As 2021 gets ever nearer, it's beginning to feel a lot like Christmas. So, don't fight it, feel it with our upcoming festive movie advent calendar.
View on Facebook
·Share