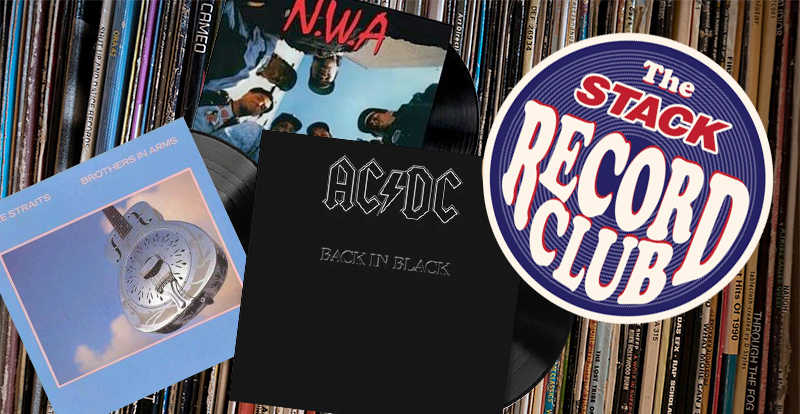 Each month we handpick a collection of reissues, limited editions or just straight classic long-players that deserve a place in any record collection. This month it’s all about the acronyms, with West Coast legends N.W.A.’s incendiary debut, AC/DC’s world-conquering Back in Black, and more. 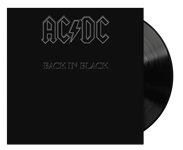 After their breakthrough sixth album Let There Be Rock, AC/DC were primed for their follow-up, and hopeful world conqueror. Then they lost singer Bon Scott in tragic circumstances. Determined to carry on, they recruited Brian Johnston – a singer whom Bon had rated when seeing his band Geordie – and work commenced on album number seven. It was to be that much-desired world conqueror.

When you think classic rock or metal, many of the first tracks that will spring to mind are likely housed on Back in Black. It kicks off with a killer, riff-laden, one-two smack about the chops as the bell tolls with Hells Bells, followed by non-single fan fave Shoot to Thrill, with its The Good, the Bad and the Ugly Ennio Morricone-inspired breakdown. Album tracks What Do You Do for Money Honey, Givin’ the Dog a Bone and Let Me Put My Love into You round out the first side, in trademark innuendo-laden style.

Flip over to side two and the album’s biggest rewards await. The title track slams into our ears with THAT utterly killer riff – inarguably one of the greatest of all time – and it’s a fitting tribute to the dear departed Bon. Arguably AC/DC’s poppiest moment – not that they didn’t always have a cunning line in earworm melodies – follows, in the album’s first single You Shook Me All Night Long. The origins of some of the lyrics may be disputed, but it was the track that broke the band wider, especially in the US where it went top 40.

A couple of classic album cuts follow in Have a Drink on Me and Shake a Leg, before proceedings are wound up in reverent style with the banging, quintessentially Acca Dacca Rock and Roll Ain’t Noise Pollution – which the band claim that they knocked out in a 15-minute writing burst. As long as we can plug into Back in Black, rock and roll will definitely never die.

TOP TRACK: Back in Black

FAST FACT: The all-black cover of Back in Black was intended as a sign of respect to lead singer Bon Scott, as the band mourned his death at age 33 from acute alcohol poisoning. 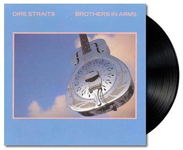 Despite being released at a time when the compact disc was the new big thing, and becoming the first ever million-seller on the format, this fifth long-player from Dire Straits remains a treat for vinyl lovers. Kicking off with the lovelorn and grumpy first single So Far Away, we’re led into a journey that bounces between slower, more plaintive tracks, and upbeat smashes.

Speaking of, Money for Nothing, the world-beating Sting collaboration that forever scorched “I want my MTV” on our brains, follows, before the incessantly catchy Walk of Life (which producer Neil Dorfsman wanted left off the album – it became the band’s equal biggest hit single). The saxophone-led Your Latest Trick is a treat, before we head to side two, which has no bigger highlight than the stunning titular album closer, which Mark Knopfler penned in 1982 at the height of the Falklands War.

FAST FACT: Brothers in Arms spent an incredible 34 weeks at number one on the Australian album charts. 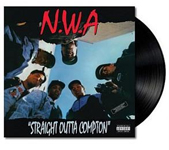 “You are now about to witness the strength of street knowledge”: The touchpaper lyric ignites the fuse on Straight Outta Compton, an  urban atom bomb so incendiary upon release in 1988, it drew the wrath of the FBI.

The group’s debut album wrenched off the lid and exposed the hostile and disaffected side of life in the Los Angeles’ suburb of Compton through ten juggernaut cuts that overlay barbed rhymes about street violence and police oppression, with samples from artists like Martha Reeves and Marvin Gaye. This potent  combination of aggressive but catchy hooks would completely derail traditional hip-hop; 32 years later that potency remains undiluted.

FAST FACT: N.W.A member Arabian Prince quit over royalty concerns before the album was even released. 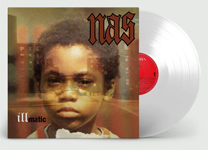 “I don’t know how to start this sh-t,” mumbles 20-year-old Nas at the beginning of his debut album’s signature track, N.Y. State of Mind. Then the beat resolves, jazz pianist Joe Chambers’ ominously sauntering piano arpeggios stab in, and Nas begins: “Rappers, I monkey flip ‘em, in the funky rhythm…”

It’s immediately clear this gifted young East Coast lyricist is determined to narrate every inch of the violence, impoverishment, rampant drug use and uncrushable hope (alongside his own fever-dream metaphors which flutter with brilliance) that colour the young man’s life in NYC public housing development Queensbridge – the largest housing project in North America. Shrewd collation of soul and jazz samples from producers DJ Premier and Large Professor (the plinking thumb piano and savvy double bass of Heath Brothers’ Smilin’ Billy Suite Part II on Q-Tip-featuring One Love; the pulsing echo of the Average White Band’s School Boy Crush horns on Halftime; or the hauntingly sweet electronic piano and bells from Lee Irwin’s The Thief of Baghdad on Represent) colour Nas’ verbal vignettes.

Amongst the rapper’s gobsmacking utilisation of internal rhyme, enjambment, assonance, and every other complex poetic device you can poke a stick at, Illmatic’s primary lesson lands in the last two lines of Life’s a B-tch: “Time is illmatic, keep static like wool fabric/ Pack a 4-matic to crack your whole cabbage.” Life is both beautiful and brutal, and it could be over any moment – so get moving.

TOP TRACK: The World Is Yours

FAST FACT: Illmatic is bookended with references to the first ever hip hop-themed film, 1983’s Wild Style. Opening sonic montage track The Genesis samples dialogue from the movie, while the clip for closing track It Ain’t Hard to Tell was partially filmed in the outdoor amphitheatre featured in the movie’s performance scenes. 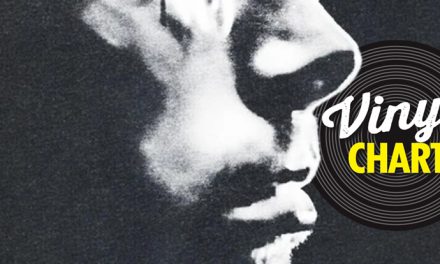 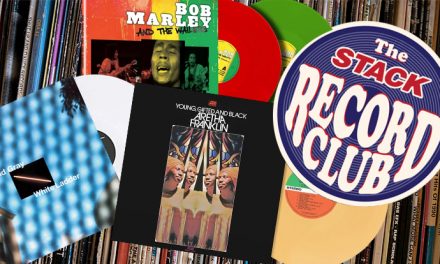 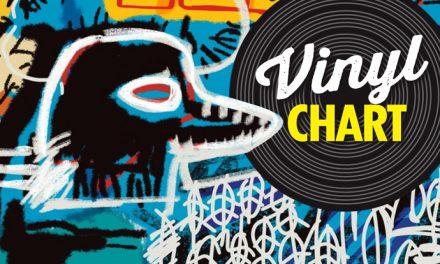 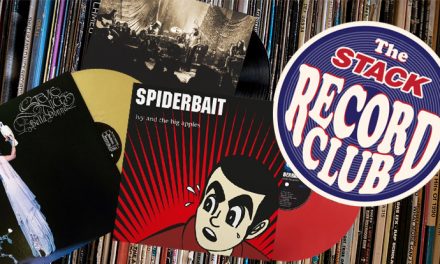